OK! So do you use some game engine? I like your rooms, you have made. Textures.

You have done a great job 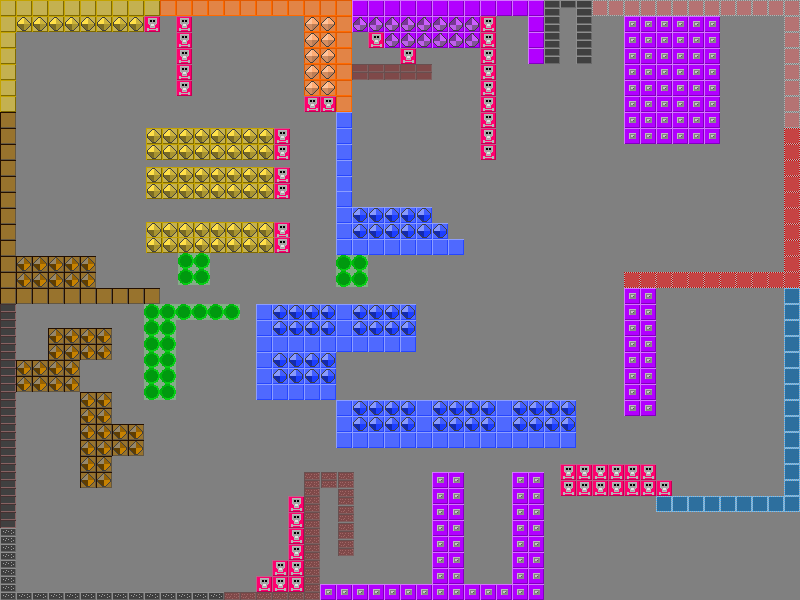 Pixel art for today. This time I don’t remember I game of inspiration. Because of it is some old drawing. And I finished it today. It was undone.

This is should be some logic game about cubes and colors. I even don’t know how to play it. If to make this game. Maybe, even arcade. In idea to have a simpler gameplay. Someway to collect cubes, maybe like this. This is only a drawing. And as idea it was taken some game from MS DOS era.

This should be a very good range of potions!

Cool! So somebody can try a cool demo! 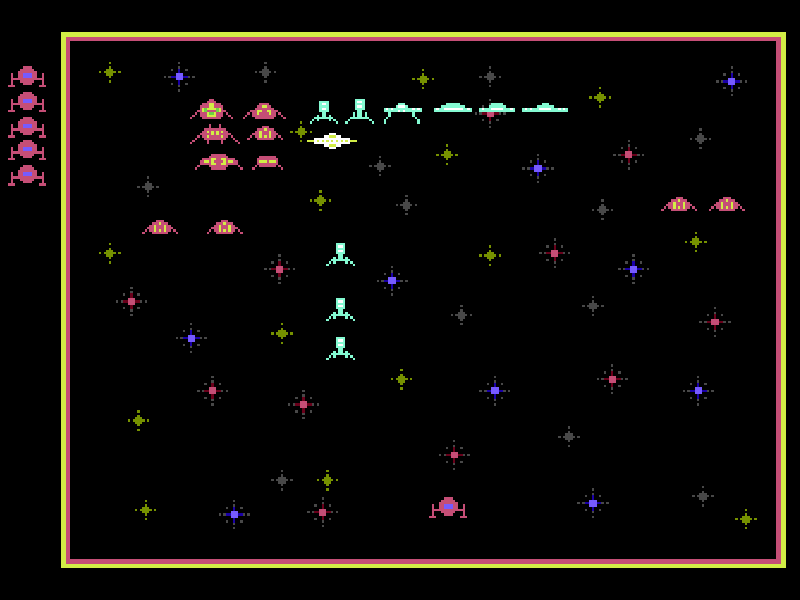 Pixel art for today based on videogame Galactic Battle for system MS DOS. This is a game genre like Space Invaders.

And this is my drawing the same theme. At the real point, this game already was in my inspiration videogame. But here we are again. I use here CGA NTSC palette. And there is a reason why I take this title again. This is some time a celebration. Celebration of Space Invaders!

It is about the event, that I made my own game engine, well I call it a game engine, which in theory helps me to do lots of games! But it is only in theory. For real way, it does not help a lot, but makes a process faster. And it was a long long time, since I wanted to do a lots lots of clones of Space Invaders. This is my dream.

So maybe a can do a series of Space Invaders. This is thing that I wanted so long time! So this is why it is a celebration!

This drawing is made in CGA color scheme. And about aliens. Ufo and so on. Maybe I can invent some features, in idea to make it differ from typical game. And in any other way, it is a very retro game. It can be. Right now it is a drawing.

Sorry!! Maybe just get this project away for some time. And later you go back and try to fix again.Or if technology is hard, than to recreate it as a remaster version you know from a zero level. Hope you can stand it! It is hard!! HArd, man!

Yes, hints are in time!

You are doing a big and a complex thing, by doing this tutorials. Thanks, man!

Reply
itch.io Community » Creativity & Art » 2D Art · Posted in Pixel or vector? Which one is better?
DimaLink5 days ago

I think it is about up to you, what to choose. I select for myself PIXEL ART. but, i do simple in 8 bit style. You know. Cause i am a programmer, and simple pixel art is goes good to me. It is perfect. So you need to find your own perfect decision, if it is existing, of course. And, if you are more painter, maybe that it is OK, that you try to get skills in different art styles. So maybe for you answer is BOTH! And one is more trained, but another is OK trained!

It is like a strategy games, this is looks like a 8 bit game! Very unique, i guess!

I enjoy this cute space pack!

Reply
itch.io Community » General » General Discussion · Posted in Where can I get a small investor for my project?
DimaLink5 days ago

Some crowd funding platforms can help you. But you  need to have a name and audience behind you. Or lots of promo, like YT, blogers. It is a big job about promo yourself. So only in these case you will find some ppl who can invest in you, using crowd fund services. 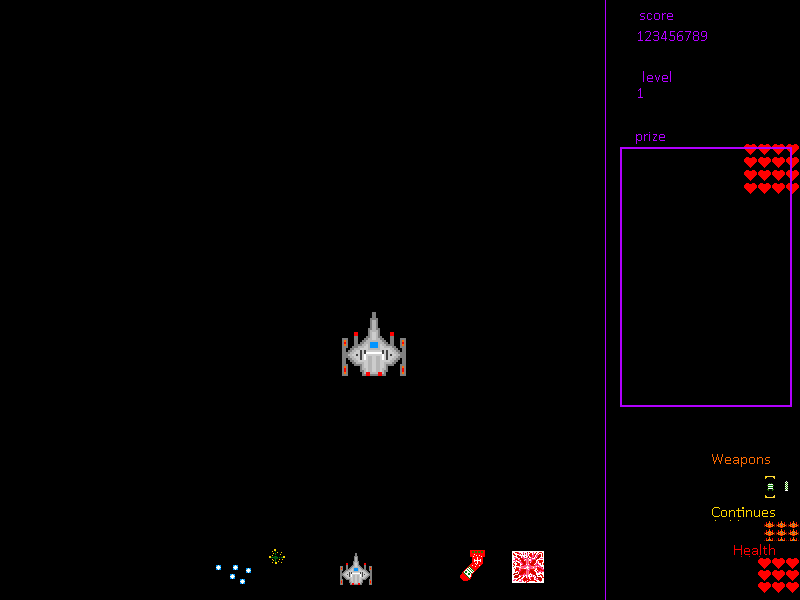 New year is in developing

In terms of developing a new game about Gala New Year – I have finished developing the part, that I call game engine. In consist of files with different menus, created objects, and global files. Menu – helps to easy create a menu. So, this means to change only decoration for games. And not to write every menu every time from a zero.

Objects – are the special things, like timer, system for playing music and sound. Global data – it is files that are written with idea to work all this stuff as a program. So, for example, menu order and they are works like a menus to operate. So user will change this global files as user wants. And add new files, of course. Of course, there is understanding how to make new features to this engine. And I even have a list of new features.

But, I have made this for another purpose. Not as a game engine, but as a tool to make game making process s easier. So right now I let it be like this.

I am, using this engine, I am planning to do a pack of games. Different level of complex. Those things, that I planned a years ago, but, don’t have skills and power. And at the level of dream idea, some drawing, I fixed them in my data.

So, continue of game engine developing will be as a separate process, and later. And in terms of Gala New Year – I finished game engine.

And now I need to start to make a game. So, change decorations for Gala New Year and make gameplay. And I already started it.

By the way, today all menus are from game engine. Plus and minus they are universal goes good for games like retro and arcades. So That’s why I am already at the game play process.

I am in process of learning ideas, which gamers suggest during first game – GALA. GALA –it is another game. In this game series. It is different. It is pure retro. Absolutely in retro way, true retro.  And here we have a GALA New Year – second game in series. It goes with users suggestions.

Maybe, I will to want to make one more pure retro game, later.

But it is in the future.

20 seconds it is very extreme game!

So you are serious about letters!

This is very good, that you have fixed this. Now somebody can complete Chapter 5

This is for Vitrual Reality! WOW! Should be scary!

You need to dig some resources of the game. Try to find some YT video about how to mod FS. OR search a fan forum with modings. For this game. You need certain information to know. You can dig it from moders. They can be found on some YT fan mod channel or sepcial fan mod website

I hope you have also a nice weekend!

Alice with Gatling. I like this kinds of titles!

Ok. So now you can know what chapter you can build it

This is good type of control

Great idea for a game!