Maybe with GB Studio it would be possible? Hm...

I want more days. This has the potential to be the next Papers, please.

IMO you should add it (and the Linux version) since you already have builds for that and Steam has both Mac and Linux versions.

It should. Another piano roll program I use, LMMS (an open source clone of FL Studio) has it and it's amazing.

Well, you could always change the design in the shop, lol. Plus that would likely make the originals appreciate in price so if you hold onto unsold inventory of the old design, you could make quite a buck in few years time on that alone.

The current dragon mascot/icon/logo/whatever the software is using is scary, tbh. Given the fact that the app is supposed to make music making process easier, maybe one that is more welcoming/cuter would be better? It seems to me that the current mascot clashes with the idea behind the project.

It's kinda useless. Mouse wheel could be much better utilized to e.g. set the instrument volume on a per-note basis (I know about alt-click, I'm talking about much finer control).

Great, now I feel dumb. Thanks! 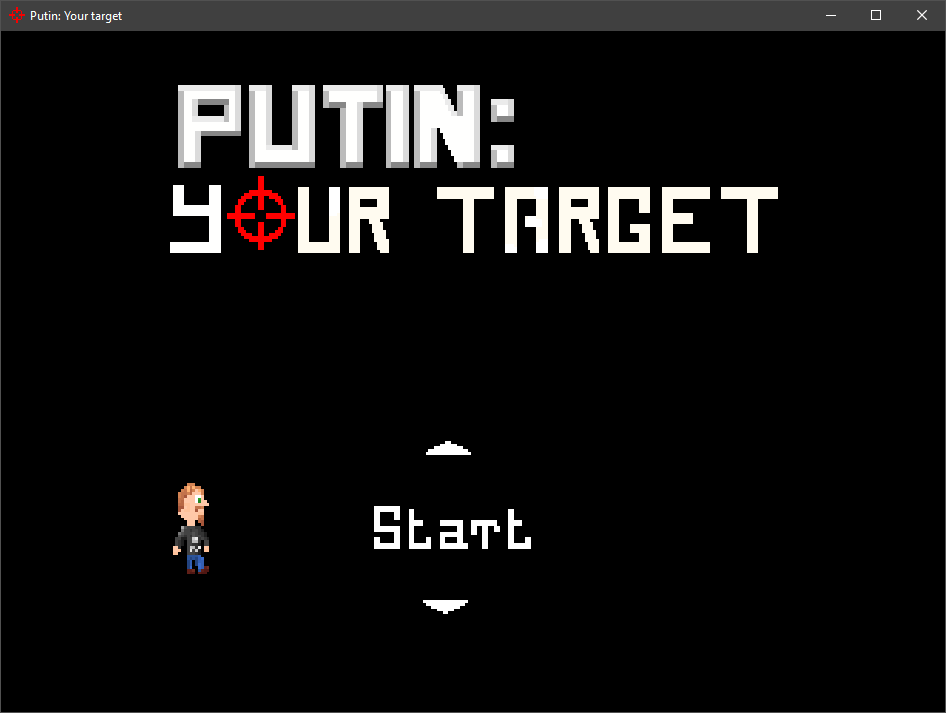 You can, with correction paper or a whiteout. Therefore, there should be appropriate simulation of those in this app.

What I would like to be added is correction paper so you can erase your mistakes.

How do you import this into an already existing project?

Yes, if the safeguards work properly. Unfortunately no safeguard is perfect and sometimes these things happen, especially if a temperature sensor dies (dead temp sensors usually read as 0 Celsius so the throttling software doesn't know something is wrong).

Reply
GodAI community · Posted in Hey dev, how about open-sourcing it if you're not gonna work on it anymore?
Dariusz "Darkhog" G. Jagielski1 year ago

Would like it as well. Especially since I am a programmer so I could help with development in my spare time.

1. It launches directly to Surf

2. Even if I quit surf with the back button, I can't seem to be able to use software keyboard by tapping the screen as I was in previous versions.

I have Pro in case there's version difference.

Tilemap rendering and camera support without having to write your own (unless you need fancy stuff like split screen). Basically, a function that would offset all drawing operations (unless you set a bool to ignore the camera when passing an array to e.g. handle the HUD) by certain x/y.

Also, unless it's already there, a top-left coordinate system. Many new devs may come from engines/framework that use it such as various "fantasy consoles" such as PICO8 or TIC80. Bottom-left or center coordinate system may confuse them a lot.

//edit: Also, could we get SVG sprites so they won't pixelate or blur no matter how much we zoom in?

//edit: Another one: A ready to go IDE, possibly Eclipse-based would be nice so you don't have to use several different tools to get what you need. Also, it would allow for stuff like auto completion (a.k.a. intellisense) to be possible (no more typos, yay!)

Reply
Tilengine community · Replied to megamarc in Show some love to the Pascal bindings
Dariusz "Darkhog" G. Jagielski4 years ago

I know and that's why a Lazarus component (Lazarus is open-source Delphi-like IDE, basically) should be made first, then maybe add one for Delphi so nobody is forced to do anything (if they prefer Delphi and have license they can use it, if they don't like delphi or can't afford it, they can use Lazarus). I'm actually on PGD and I'll ask about it.

It's sad really. Don't have enough knowledge to update bindings or make a Lazarus component (I can't afford Delphi, it's too darn expensive), but would use it if someone would make those. I'll go ask around on some Pascal-related sites, maybe someone could update them.

They're stuck at library version 1.11 (if the comment is to be believed) so update would be nice. Pascal isn't as bad as you think. Also, perhaps a Lazarus/Delphi component to render a TilEngine scene would be good. And docs, even if generated with pasdoc.

Reply
Tilengine community · Replied to megamarc in I wish you could use 32bit images
Dariusz "Darkhog" G. Jagielski4 years ago

What sort of limited feature set are we talking about? Anything that deals with palettes is a fair game, I guess since you can't do palette swaps/shifts with ARGB or even RGB images (other than doing graphical equivalent of search and replace I guess, but it's less performant and unneeded).

Also what visibility checks are you doing? If you are doing these to avoid overdraw, you can safely disable those I guess as modern devices are performant enough to handle overdraw in 2D space.

Perhaps if you'd write more about what algorithms stand in the way we could figure ways to change the algorithms involved so they'd work with 32bit images (other than palette shifts, since they'd be too cumbersome to do with 32bit images and should be limited to 8bit assets).

I think it's the visual programming environment, similar to Construct, GDevelop and Clickteam Fusion. At least that's what it looks to me like.

Well, you should try IMO. The developer I've commissioned it from had some reservation about using DLL version, but I think it was just some sort of preconception. I can act as a tester as I have CF.

Could you maintain Clickteam Fusion Klystrack extension in future (it is compatible for now)? https://github.com/SortaCore/MMF2Exts/tree/master/DarkEDIF/Klystrack

All you'll have to do is to recompile against static release lib, non-SDL one.

Reply
itch.io Community » Game Development » General Development · Replied to matthornb in What to do to give my game the best chance of "going viral"?
Dariusz "Darkhog" G. Jagielski4 years ago

Thank you for your kind words. Yes, I already plan a free demo (that's how I'm going to draw people to my $100 indie gogo campaign since I simply can't afford Steam Direct fee, of course will be selling the game here as well). I'll do traditional promotion as well (since I know how hard the making a thing go viral can be, that's why I've asked for tips) and since my game is supposed to be cute, fun and care-free experience, I'll concentrate on comedy - I consider myself pretty good at writing it.

Have a nice weekend!

Reply
itch.io Community » Game Development » Help Wanted or Offered · Replied to paulthegrub in [I Need A Team] I would like help for my VN!
Dariusz "Darkhog" G. Jagielski4 years ago

Sorry, but I simply don't have time to do this. But with these easy steps you can make your own which would fit your game best. Until I saw these videos music making didn't really click for me all the way through, but after following this simple advice I was able to easily make quality music for my game.

I've noticed there is none, so I've decided to create one so community can chat and share cool tunes they've made or are working on.

@kometbomb It would be nice if link to it could be posted on the itch.io page and on github.io one. I'm also looking for moderators as I won't have much time to police the server.

Reply
itch.io Community » Game Development » Help Wanted or Offered · Posted in [I Need A Team] I would like help for my VN!
Dariusz "Darkhog" G. Jagielski4 years ago (1 edit)

You can compose Hollywood-grade music quite easily and cut on composer costs. See these two videos (watch in order):

If such a musical noob as myself could get started at making a nice theme for my game, so could you. Anyway, good luck on your VN project! I hope it'll be worth my time to play (definitely will check it out once it's out).

Reply
itch.io Community » Game Development » General Development · Replied to leafo in What to do to give my game the best chance of "going viral"?
Dariusz "Darkhog" G. Jagielski4 years ago

CSS for malicious changes? First heard of it. I'd understand if it was JS we're talking about, but CSS? Lel.

Have you tried using Github Pages? AFAIK they're pure html so they can contain iframes and whatnot. Then from github readme just point users to github.io page for your game.

^ This. So much this.
Here's a tip to the OP and other devs considering putting in DRM: If it doesn't get pirated, nobody cares about it (or you've invented an uncrackable DRM, which is unlikely considering even Denuvo, once touted as the end to game piracy by Chinese cracking group 3DM) has been cracked multiple times and will continue to be cracked).

And here's a story. About a guy called Jack. He is a poor fellow. He can't afford games unless he is absolutely sure he will like it (and demos often won't cut it since they'll be literally the best parts of the game with some of initial slog/grind that may or may not be there being cut out). So he goes to TPB to get games. And now he noticed your game in the "new uploads" section. So he downloaded it to see if he likes it or not. And he really did enjoy your game.

Now, Jack can't buy your game yet, he can do so only when the next month comes around, but that's only part of the story. You see, there's Helen and Bob to consider as well. Helen and Bob don't game much. They have money for games, they simply don't have the time and only play the titles that they either know they'll enjoy or which were recommended to them by their friend Jack. Your game isn't some breakaway indie hit (yet) and you can't afford advertising the big AAA companies can. But, fortunately for you, Jack is now big fan of your game who will recommend it to anyone with a pair of ears and a computer. Of course Helen and Bob will buy it. And Jack will buy it the very next month.

Instead of one purchase, you got three (and potentially more from other Helens and Bobs), people who wouldn't even look at your game until it was all over Kotaku, RPS and other sites. All because Jack initially pirated it and liked it.

Reply
itch.io Community » Game Development » General Development · Posted in What to do to give my game the best chance of "going viral"?
Dariusz "Darkhog" G. Jagielski4 years ago

Thanks, however I think I'll have trouble with the first part - driving traffic. I'm not a SEO guru and not good with social media either(on twitter I have only measly 94 followers and I think most of them are fake accounts anyway). As for third thing, without custom CSS making one is kinda hard. I know I can contact support about that, but why isn't it just part of default features?

I think ScreenToGif is the best one as it comes with a video editor interface so you can cut down unnecessary parts of the GIF and leave only the interesting part.

Reply
itch.io Community » Game Development » General Development · Created a new topic What to do to give my game the best chance of "going viral"?
Dariusz "Darkhog" G. Jagielski4 years ago

I know it isn't an exact science, but there have to be some ways of increasing the chance of it happening. The problem is I don't know what should I do to achieve maximum virality potential.