A deep and tragic game about ambition and isolation. Magus tempts you twice fold with impossible odds. First, embark on the path of power without ever losing control. Second, to be strong without ever being vulnerable.

My first session felt like a marathon of blood. From the beginning, Magus plays the clever trick of presenting you an out: "Perhaps the best course of action you could take is to never play". The text clearly shows how dangerous your journey of power can be. The world could be pummeled to dust if you made one simple mistake. But your path as a Magus almost feels too simple to fail. Make a compromise here, stay the path once in a while there and grab power when it's safest. What could ever go wrong with you at the helm?

Then you do make a mistake. And sacrifices must be made. But it's okay. You have power. And there are plenty of people to take the blow for you. You took on a debt for them. Now would be their turn. When the dominoes finally start falling in front of you, you will have already convinced yourself you still hold all the cards.

I really recommend taking a weekend to play this. If not give it a read.

Weird, sinister and bombastic. Has one of the coolest character sheets I ever seen. Burnout Reaper is pure dark and wicked cyberpunk set in a world where the player must take the lives of others to continue theirs - however little there is left of it. My advice is to play this when the mood is right and heed the author's warnings.

The Ferryman is a one-way ride down the river Acheron. You are dead and there's no going back. All you have are your senses, fading memories and the company of Charon. The text reflects this well. Rather than instructing you, Charon speaks directly to you and guides the way. Charon is patient, caring and curious. He answers all your questions and asks just as many about the life you led.

You spend time thinking about what comes next, what once was and what is around. You toss your obol (the coin) for fleeting imagery and vague feelings. When I played, it felt like I was grasping at the wind for a storm that already passed me.

GSXX could be described as slick and charming. It's a fast and easy game about sailing through the stars and solving problems on your half-magical half-scientific wonder generation ship. You could be trying to investigate a missing magician now and then fighting a spirit-possessed mech next. For what is basically just three pages, you get lots of tables filled with unique settings, quests, talents and magic working smoothly under the 24XX ruleset. Really looking forward to trying it out!

I had an idea for a mecha game where instead of spending time before the game perfecting your build, you could spend 'hardpoints' during scenes to boost your actions. The way EX talks about tags feels really similar to what I had in mind. Trying to see where I can go with it!

An interesting evolution to the original Caltrop Core system. EX gives tools and insights gained by the designer's own work with the original system. This makes it more honed. It fleshes out the d4 system by making every result meaningful without sidelining the highest result in your pool.

It's the macross missile massacre of SRDs.

Reply
Minimalist TTRPG Jam community · Posted in Let us know what you're making!
CABBAGEHEAD122 days ago

I just submitted mine into the jam! It's a short narrative dice TTRPG based on Titanfall. You play a Mech and a Pilot working through multiple missions, overcoming obstacles and growing their relationship together. It has themes of sacrifice, dependence and teamwork. I was also inspired by the latest Gundam anime to look at more mech-based stuff. It brought back the memories I had from playing Titanfall 2.

It's a pretty short game running at 4 pages. All you need to play is some dice, paper, pencils and storytelling. I plan to add community copies soon!

The jam has been pretty fun! I usually focus a lot on the layout and art of the game before I write. And I had trouble finishing games from that. So this was really refreshing. 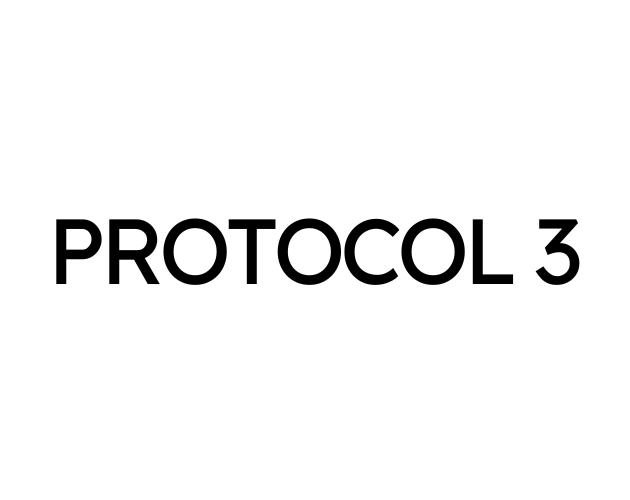 Thank you for the compliment!! This was a kind of spontaneous experiment so it was really nice to see you enjoy it that way. :)

I found this on Twitter. Really appreciate the time you put into making this!

Reply
Death and the Internet Game Jam 💽 community · Posted in I'm guessing Net Neutrality would be a good example...
CABBAGEHEAD134 days ago

You can make a game about anything that is dead or has died on the Internet (e.g., Internet Explorer).
This isn't a strict jam or competition. So you can play around with how you interpret the theme if you like.

There's a list of ideas on the main page too:

‣ The march of time and how it changes familiar things.

‣ Keeping to or emulating the limitations and innovations of games from before the late-2000s.

‣ Friends or things you made online but forgot about.

‣ If you never saw the early Internet, what do you think it was like?

Hi everyone! Thank you so much for joining the jam. When I started this, I did not expect it to get so many participants over time. Since we were 8 days away from final submissions and there were still new participants, I extended our deadline by a couple more weeks for us. I have also updated the game jam resource list with new sections for this jam specifically and digital games.

Once again, thank you for joining and getting this jam to 100+ participants!

Reply
itch.io Community » General » Game Jams · Created a new topic Death and the Internet Jam: Celebrate things that are gone or dying on the Internet!
CABBAGEHEAD219 days ago (2 edits)

Death and the Internet Game Jam is for creating physical games or video games featuring, about or based around dead things on the Internet. This jam came about as an idea to commemorate the end of Internet Explorer which was officially retired on June 15, 2022. As the Internet progresses, the memories we keep on it can disappear at any moment unless we make an effort to preserve them.

This jam is open for physical games and video games. Anyone can join.

Your game can be any genre, if you want to make a webcore platformer, text-based forum simulator or anime fansite role-playing game go ahead. No genre is off limits as long as it involves the themes of the jam in some way. Get experimental!

Are you confused about the jam's themes? Don't worry. There are many examples and resources for creators old and new in the jam.

Thank you for the help! I should be able to update the list in a few hours.

Okay. Thanks for the reply!

Hi, I saw the jam and I'm interested in joining. But I didn't see any rules about physical games. Are they allowed? Thank you!

I'm interested in the jam but I didn't see any rules clearly stating if physical games are allowed. Thank you!

Here is a list of resources for the participants. If you're new to creating games, there are software, assets and tutorials to help you get started. I split these into three sections for the jam, tabletop games and video games. But some of the resources can actually be used for either. So please read through them all for more options. Thanks for the contributions everyone!

FOR DEATH AND THE INTERNET JAM

If you're looking for inspiration or old-school internet aesthetics, here are a few sites:

SRDs are like open-sourced rulesets for you to hack or modify to create your own games. Itchio hosts 60+ tagged SRDs at this moment. Here are a few suggestions:

The Anti-Capitalist Attribution Cooperative License is another copyright license which allows you to exclude capitalist interests from future attributions of your game.

This section works a little differently. There are dozens of game engines out there and I can't list them all. I also don't have the experience to fully explain them. Instead, here are some of the most popular examples with links to good tutorials for them. I recommend reading up more on each engine before you use them.

Because I have only made tabletop games, the video game section might be a little lacking.
If you have any suggestions for either sections, please share them here and I'll add it to the list.
If you have questions about the game jam, please post them in your own topic. I'll answer them best as I can.

Thank you for the feedback! I completely missed the 1s in those tables.

That would be awesome! I would love to see art spring up from playing this.

Thank you for reading!

Thank you, I hope you enjoy playing it!

A spooky snapshot of a role-playing game. I really like the idea behind physically contesting with your GM in combat.

This adventure has one of the most interesting dungeoncrawl layouts I have ever seen. It's intuitive and perfectly captures a house which is folding in on itself.

Hi! I found this jam and thought making a TTRPG for it would be a great fit. But the rules don't specify if it's allowed or not. Could I submit a physical game for the jam?

I finally found the time to reply and say: Thank you so much for your high praise! I wrote D&D as a funny in-joke. I'm glad both the humor and game has been a good experience for you. :)

Thanks for the feedback too!

A splendid and bittersweet treat made of growing pains, familial angst and physical play. It's also the saltiest game I have read. Bagel!

I think your effort paid off! The diagram for investigation is really interesting. I had some similar ideas about investigation games and how it doesn't fit a combat framework. Your clues-first direction was very close to what I imagined. A sense-driven system where you get information by paying points. I never played Gumshoe so I don't really see where it begins and ends. But it's still very good work!

A solid investigative module for FIST. ENIGMA not only changes how you act in investigation scenes in a game but also adds context. Instead of rolling to resolve a mystery, ENIGMA equips characters with different 'training' choices and then gives them clues related to it. This makes investigations more rich and engaging without glancing over the process.

It's very well laid out with backstories for ENIGMA the organization, how it relates to your characters, training types, strange familiars and concise tips on how to run an investigative scene for the GM. I'm surprised this isn't a system in itself since it could very well function outside of FIST and without it.

A solid investigative module for FIST. ENIGMA not only changes how you act in investigation scenes in a game but also adds context. Instead of rolling to resolve a mystery, ENIGMA equips characters with different 'training' choices and then gives them clues related to it. This makes investigations more rich and engaging without glancing over the process.

It's very well laid out with backstories for ENIGMA the organization, how it relates to your characters, training types, strange familiars and concise tips on how to run an investigative scene for the GM. I'm surprised this isn't a system in itself since it could very well function outside of FIST and without it.