I want all of my games from now on to have "THANK YOU TO EVERYONE I'VE MET" in the credits. Beautiful stuff. 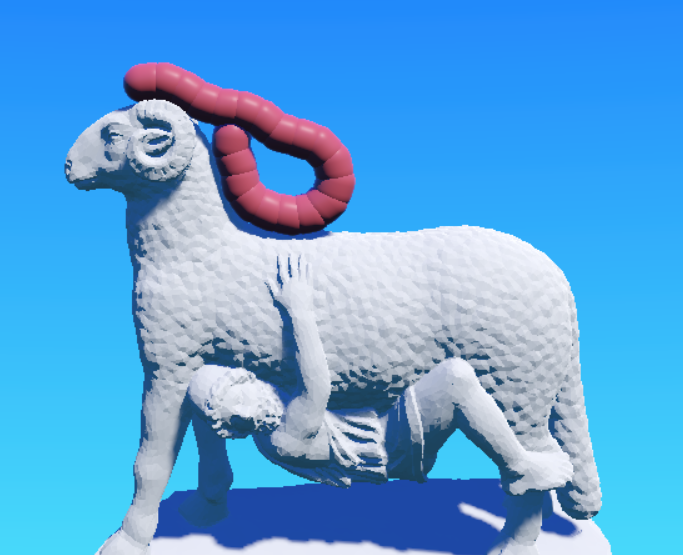 this is so good. the statue choices fit perfectly

woah this is so good. some splendid lo-fi aesthetics all-round. And on top of the praise everyone else has given, the semi-open level design is spot-on stuff. I'd play a ton more of this if it was longer.

my favourite of the jam so far.

Rogue-ASCII-graphics has always struck me as dark and desolate, so it's satisfying to see a game world that reflects that. The audio work on the voice reminded me of the Reptilian Brain in Disco Elysium - and being reminded of Disco Elysium is always wonderful :)

I was pretty fascinated by how the turn lengths seemed to vary? Like, I could sometimes outrun the X'es? Kind of turning the turn-based rogue-structure on its head :)

Didn't have anyone to play with, so I invented my own solo goal: finding all the little sound creatures and turning them off. This led to some mushroom jumping challenge, untill I found out that you could turn them off at a distance. In the end, I was left with an almost pitch-black level, stuck alone with only the silence of my soul to keep me company. Top marks for that little reflection on the crushing loneliness of playing multiplayer games alone :)

Would have liked to see my input "charging" up while pressing a button, to better keep track of how long I've pressed. And I think having a way to speed up the "charging" would eliminate some frustration.

I think I liked the first level the best - gave me a kind of QWOP vibe in the sense of making a normally extremely simple video game task much more complicated.

While making it, we had some basic design goals in mind. I wrote some reflections about those and made a lot of gifs for the game here: http://www.victorbreum.com/single-post/2016/08/09/...

I really like the abundance of local multiplayer games on itch and I've had some great nights playing random ones with friends. I'm happy to add ours to that pool! I've made builds for web, windows, mac and linux, so that everyone can play - if they have controllers :| but that's a design decision, since the game simply couldn't function on keyboard.

If someone could help me test the linux build, that would be awesome!

Let us know if you play the game :) We think it's really fun!