I just finished playing the game, the concept is cool, it’s fast, it’s fun and the puzzles are well thought out. Congratulations!

I just finished playing the game, the concept is cool, it’s fast, it’s fun and the puzzles are well thought out. Congratulations!

A very impressive technical demo. It works perfectly on a Nokia 7 Plus, bravo!

So cute ! Just one thing : turtles sometimes pass through the rocks and I died several times without being touched by a crab. However it’s very nice, keep it on !

You got it! The tank controls, the aesthetics, everything! It’s just sad that the demo is too short :) In some areas, you can see the meshes of the outside scenery, like near the ladder when finding the gun. But otherwise, it’s really cool!

I’ve just finished FoxSwap. It’s a short but really cool game with an interesting concept. It lacks a few things like background music and sound effects. In terms of gameplay, it could be interesting to have a visual cue and sound indication of which fox you just took control of. Again, it was really cool and I can’t wait to see your next projects. 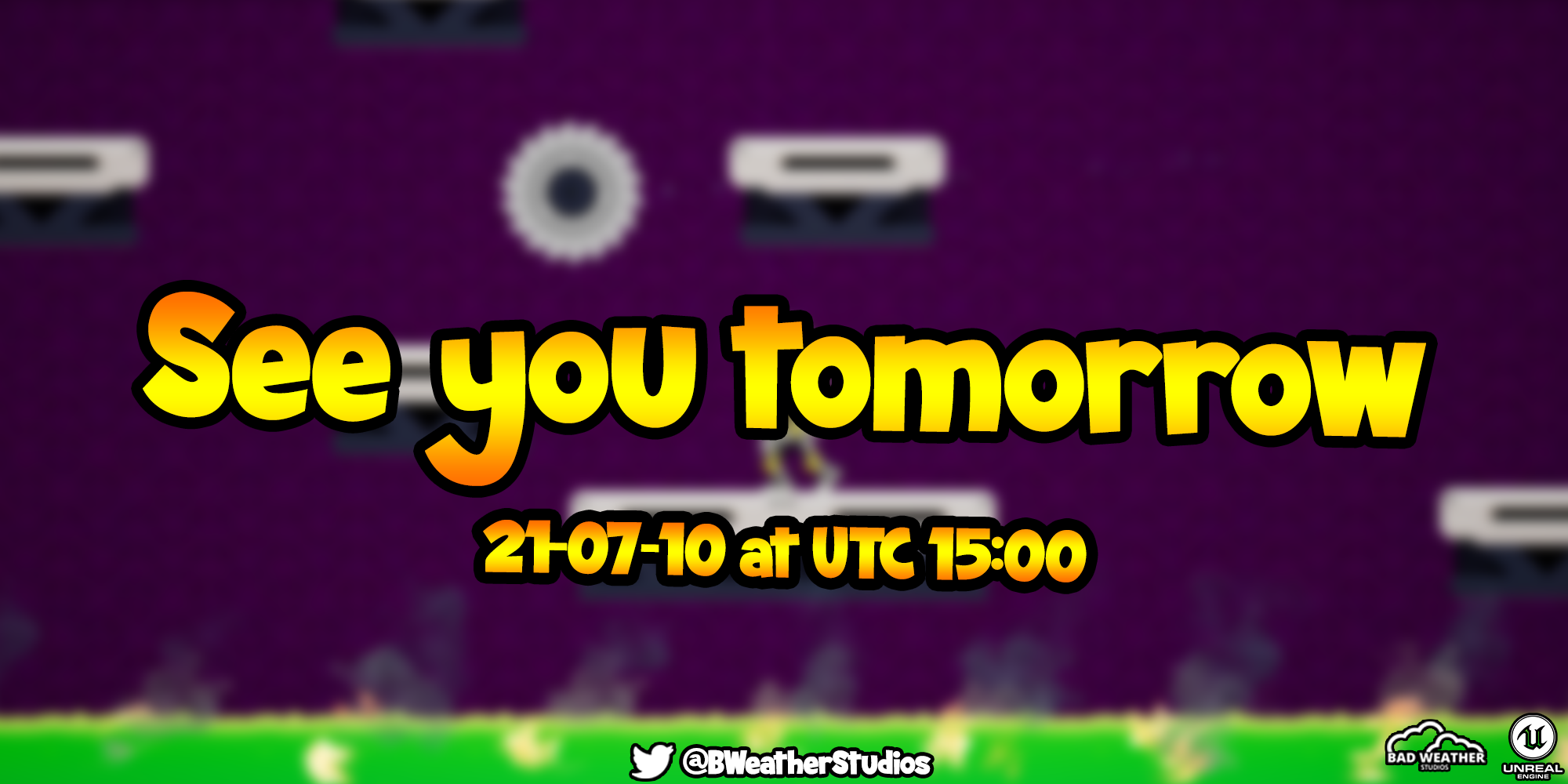 A great retro racing game :) Reminds me a lot “Rapid Racer” for the PS1 !

Hi ! Thanks for the video and the feedback :) It’s really useful.

Glad to see you find the game fun and enjoyable.

Indeed, the game is intentionally simple and it is true that some things can be improved. The end boss is pretty easy to beat (and it’s the same for enemies), I try to work on it every update to make it more interesting, but it’s quite difficult!

I will move on to another project because The Strange Laboratory is a game that I have been improving since the release (September 2020) and it is time for me to start another project! But I note all comments to improve the game in the future.

Of course, I already subscribed to the YouTube channel, do not hesitate to do the same for my itch.io page! :)

PS: Can I link your video to my GameJolt page?

Nice one ! Looks very promising :) One day, i hope to make something this good !

Pretty excited for the new update.

Feel free to share your feedback about the game !

Can’t wait to read your comment to improve it.

I hope you’ve enjoy the game :)

Hi ! First of all thank you for your comment 😊 I intend to use your feedback to improve it in a future version (I invite you to follow my game so that you can see the progress), I hope that I’ll be able to make you change your mind about my first game!

Thanks for my visual! Regarding the gameplay, I’m surprised because I give it to several people who were able to finish it without difficulty. So yeah, he’s a little difficult but I didn’t want to be unfair and punitive. Precisely, since it is short (about 10 minutes) having a little challenge is for me, more appealing.

For the hitboxes. Sure, the zombie attack might be a little bigger than expected. I had a little trouble judging it by my animation. On the other hand, for the traps, they’re calculated according to my assets (the saw with a spherical collision box which takes the full asset and nothing else). So, yes, there is an indicator if the player is taking damage (it’s a little sound).

Yes, no checkpoints but due to lack of time and (and given the very short nature of the levels) I did not try to add any. I will work on this for the future.

The tutorial shows all the mechanics, I didn’t want the player to end up with surprises and therefore not know how to react. I will see how I can improve this part taking into account your feedback.

I was planning to remove the melee mechanics that are not really useful and raise the ammo limit. In the end, there is already the stamina bar. On the other hand, yes, the enemies react to the attacks… They play a sound and have a slight animation of “hit”. In addition, they don’t attack and don’t move.

The jump, I have no problem controlling the character, neither do the people who have tested. To be honest, I am using the way the first platformers (like Mario Bros) worked. Basically, the more you press the button, the higher you jump and vice versa. And what do you mean by air control? A boost? If so, I don’t think about it in my game design.

Regarding the crash, I couldn’t reproduce it and the game is very stable at home and on the different test machines. Apart from the crash with the loading on level 4 and 5 (already fixed on a new version not yet available). For platforms, I will investigate this.

Sorry, English is not my mother language 😊

My first game is avalaible on Itch.io.

It’s called “The Strange Laboratory” and it’s a 2D platform game made with Unreal Engine 4.

“The Strange Laboratory” was produced as part of the Pratice Circle Jam 3.

Do not hesitate to take a tour on the project page => https://woujy.itch.io/the-strange-laboratory

This is my first game so do not hesitate to tell me what i can improve. 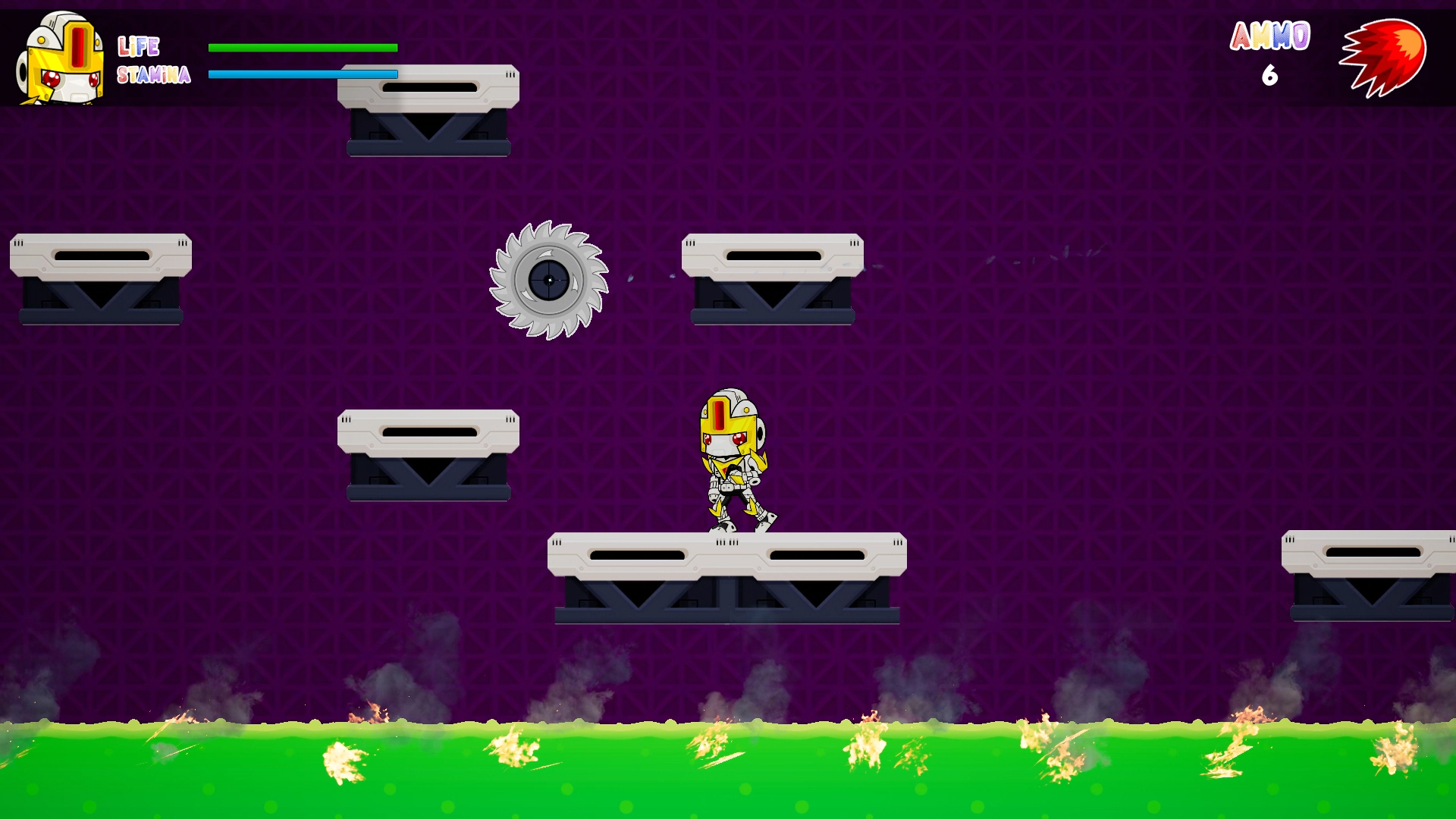 It’s really fun and the game has a nice graphic / artistic univers.

I’m inside the hype train :)