Hey jwiggs I want to congratulate you on making in my opinion the most creative game I've seen in months. I have one idea for game improvement, the thing that I'm going to be talking about is the forge system. I think that for the forge there needs to be a recipe book that expands as you collect new parts and that would allow the game to become much better being that starting out you have no idea what you can forge.

I am really glad you enjoyed playing this game.

I totally agree with you on a recipe book. However, each item has around 20-30 crafting recipes. That being said, maybe I could build  in system where they could favourite certain item recipes.

I have been playing for a couple more hours and i noticed a critical error you made. You forgot to add a pause menu it is essential when having a fast paced game also there might need to be a few balance issues i am up to where people are only quartz and some times You can end up with massive enemy's with 11 guns and your out matched no matter what. I will continue to try to find Stuff for you to improve upon because this game has so much potential and could maybe make it to console. I would love to be apart of the development of this awesome game. 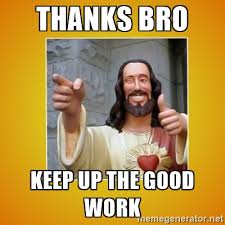 This game is still in some major development, it is only less than a two months old(total development time).  That being said, if you look at the skymap, you will notice that the pause feature is right up there near the top. I am working in order from top to bottom for the features and the next update is going to introduce better weapon groups, meaning the one after that is probably going to have a pause button. I have a lot of other features I would like t put in as well, but there are some things that are more urgent than others.

There is a pretty bad bug in 1.15 that allowed enemies to overstack their weapons past the weapon limit, usually having 2-2.5x more weapons than the max. That really stunk. So in the next update(coming soon) I have spent quite a bit of time to polish the enemies to make them better.

With regards to a console port, I currently have no intentions on putting this on the console. Currently we have Mac and Windows, with Linux and mobile coming next. After that, probably the switch and then probably lastly, console. I have no guarantee that any of these other ports will be happening, but if they do, that would be the order.

Love the pic and thanks for the feedback!