and the NPC flying thing is known, I guess... blame the physics :)

Oh yes. I know they're the same, but look at the two pictures that are practically hugging each other.

the other says Steel Axe

Up in 3rd post where all my "locked" item pictures are at - that's all Adelite axe too. - but then /suddenly/ it was Steel? - I mean yes. Like I said, I know they're equivalent, but If its steel, its steel, The item should know, its steel, and never be adelite, or vice versa - even if Adelite ore is steel - Names shouldn't just randomly change. ( I say random, but I did get off to play another game, and then reloaded - which likely is the "random" point, but anyway, still shouldn't just up and change.)

And while NPC flying may or may not have been known.

It's what caused their strafing/flying that is likely what's the actual culprit of a stuck npc, since I don't think anyone has watched them get stuck, only found them standing there, stuck.

I nearly made one of the npcs Strafe into my sign while experimenting with Pathing - After he narrowly evaded the sign, he was looking like a crazed mad strafer, too, albeit for a much smaller area and much shorter time.

I /assume/ they try to be at different spawn times, so their paths don't intersect, but if they do spawn together and do cross paths, at any point on the customer's way to the shop - The Customer's pathing goes nuts and that causes all three things, strafe, flight, and stuck, occassionally, when all the stars align and that "strafe/flight" just happens to land them in a place they can't recover.

They're definitely not always in the same position - I actually saw another NPC in flight before you got back to me on here - he was pretty much about mid-road, closer to the gate - his aerial height was only about up to where the npc in the pic I took was, and was already almost to the ground before I could realize to try and SS

what xD how did you make it say "adelite" it only ever says "steel" for me :D

Hmm yeah it might be random on load or always X on load and always Y on assigning it?

About the pathing, yeah this is so tough so debug because the NPCs are literally random and the customer NPC is also very hard to predict, and impossible to time together with the NPCs as both spawnings are out of your control...

I guess dasius has to figure this out by debug spawning ^^

Yea its just going to have to fall to Dasius for it - Previously mentioned box/log by door doesn't actually work, was just false logic, I just got lucky and hadn't had it happen to me since putting it there 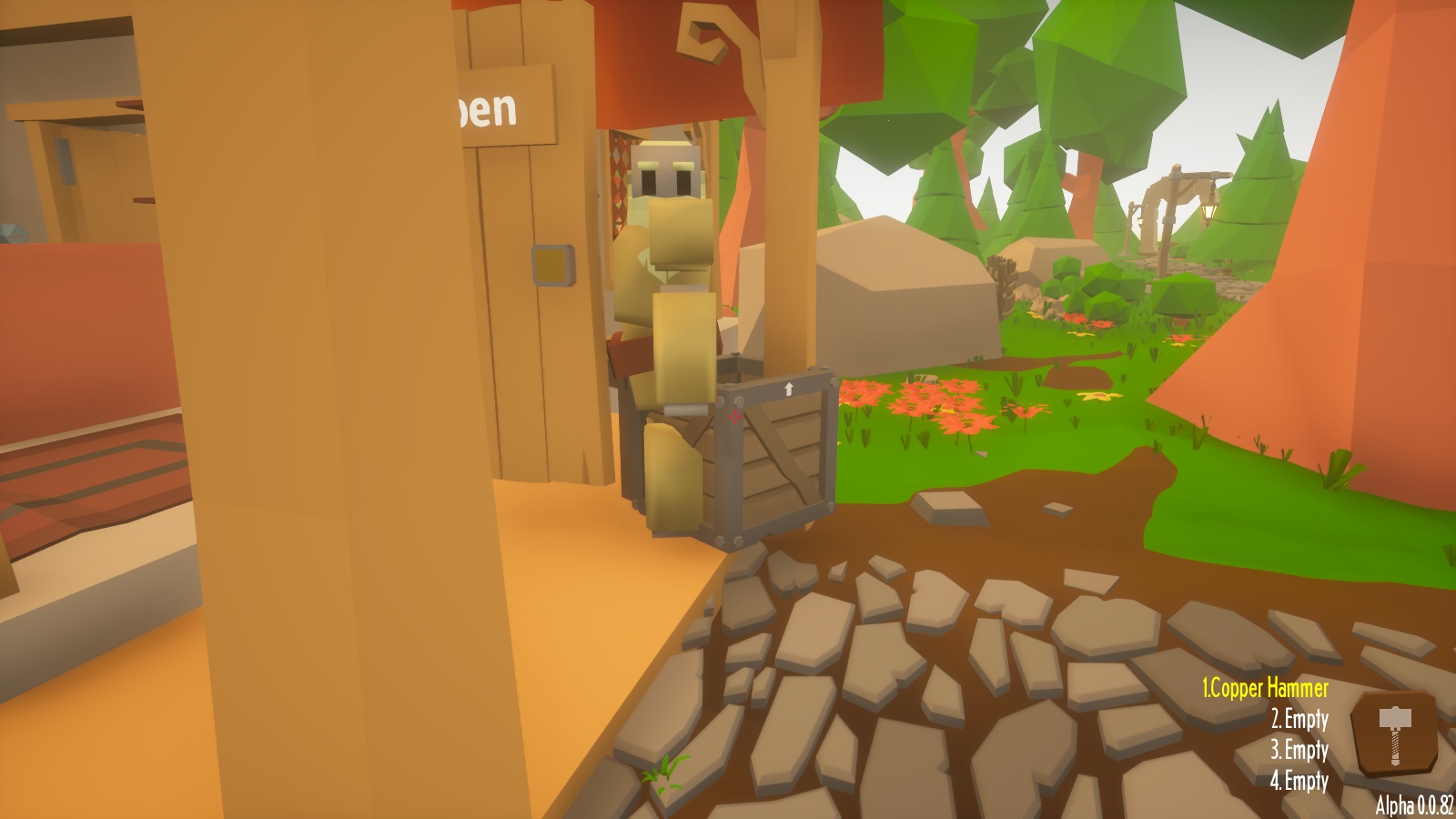 Watched this one spawn in center of road, He spawned like.. maybe.. 5 seconds? before another NPC spawned, I thought "Nah he'll be fine, he's faster and spawned first."

Looks like its about time for me to put old yeller here down though, So If'n you'll excuse me.