I played the game the last weeks and I am at the end of year 6 now. The game is still enjoyable.
The game can use over 3 gig of ram at some point, but it is good to see that the ram size will decrease again after some time for some.

First talk about the population grow:

Oké, lets talk about food production. Wheat, potato and carrot will grow in the winter, tomato and corn don't. So you have to harvest tomato and corn before the winter starts. In the winter (day 2) they still try to harvesting plants that are in 'rot/remove' state (first image). This can be hard because the farmers will remove pest instead of harvest good crops at the last day of autumn.. (second image) 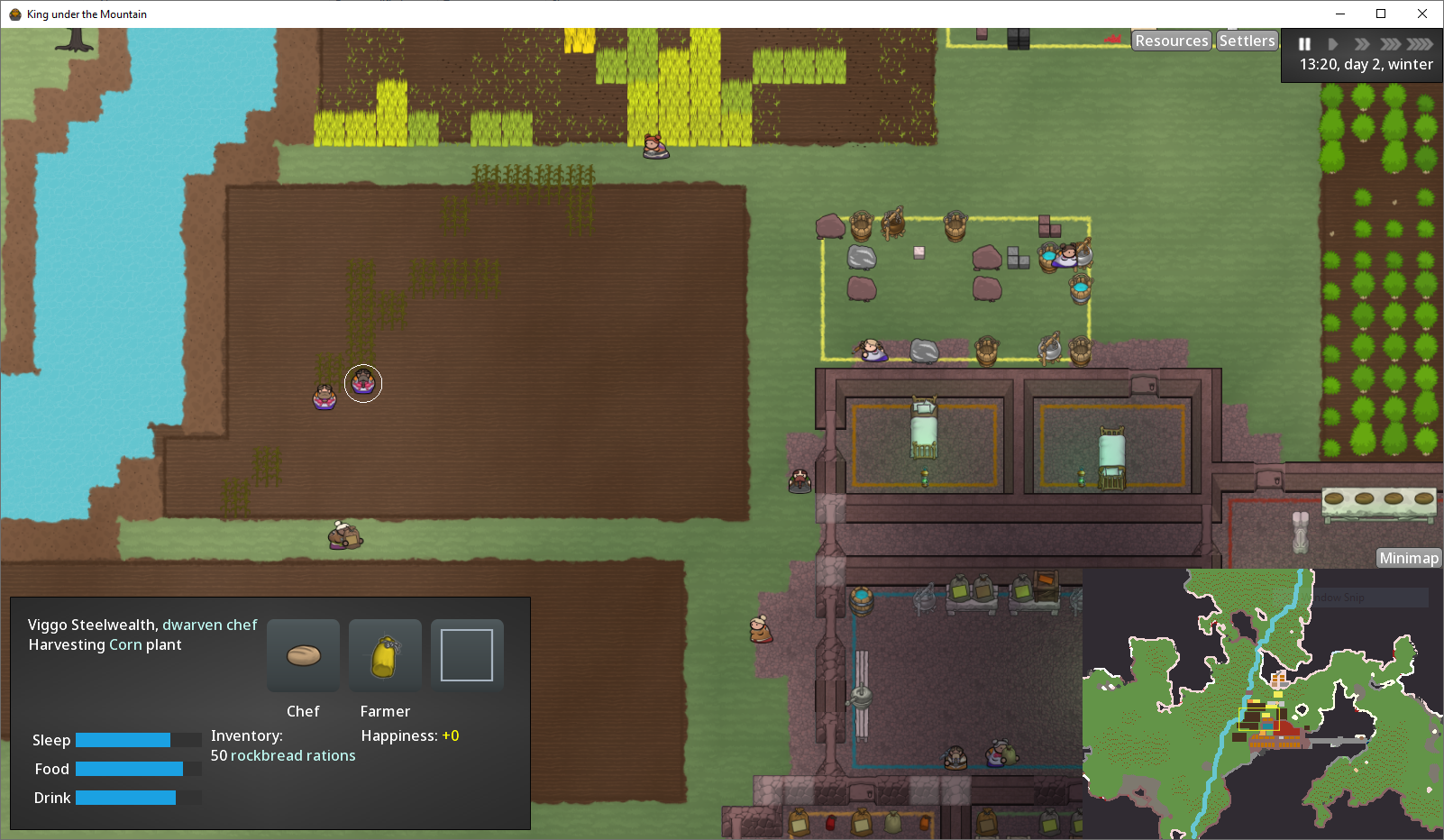 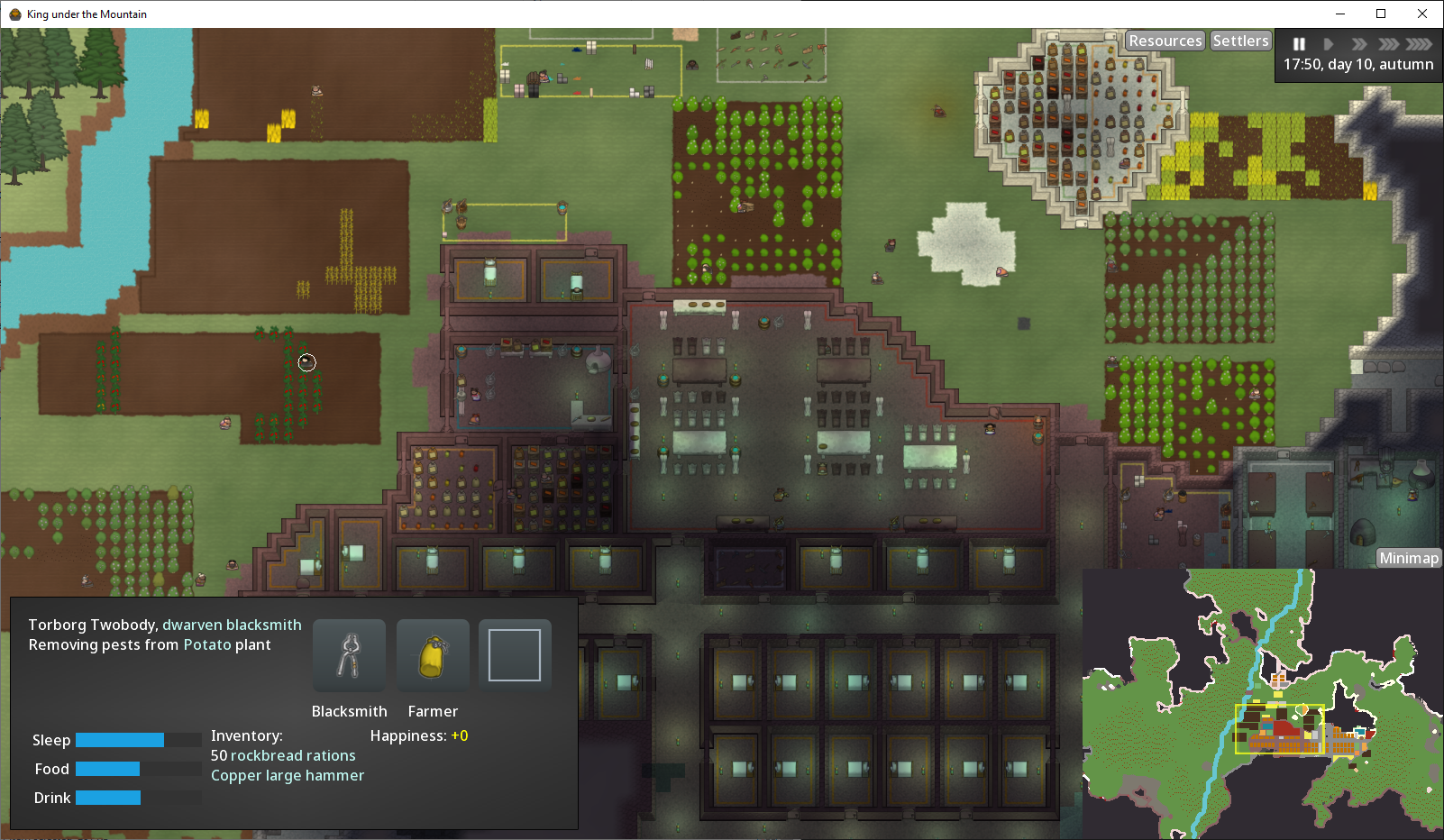 I tried to produce alot of food and that worked with the problem of keeping it stored ofcaurse. I use about 50% of the settlers with a farm skill. So I adjust some new settlers to my needs. I like to play with lesser miners then the game gives because that task seems to have a really high prioritization.  The next images will so my food stockpiles:

Winter year 3 (the zones are full): 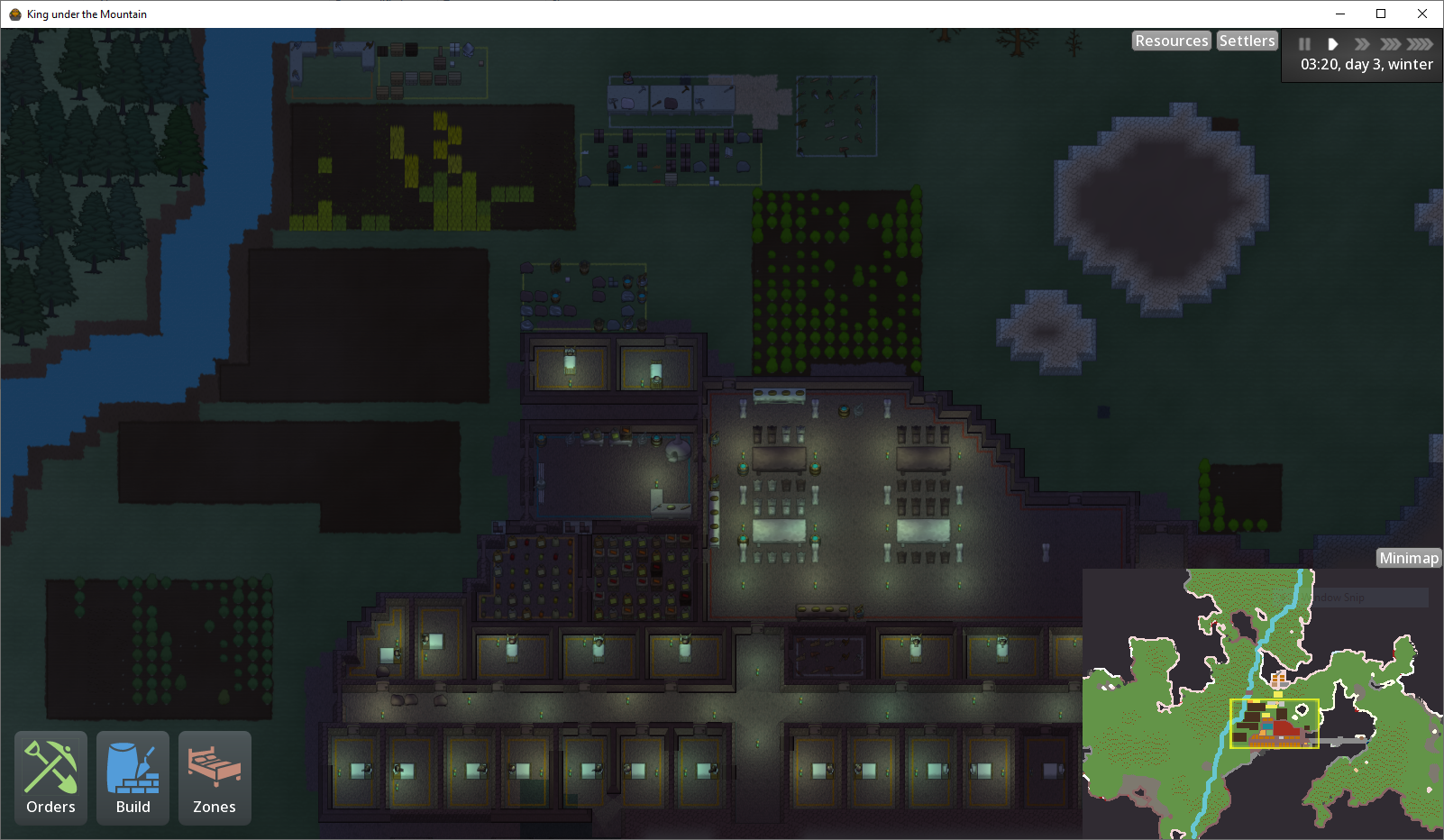 Winter year 4 (I created a second story in the little mountain close to the fields): 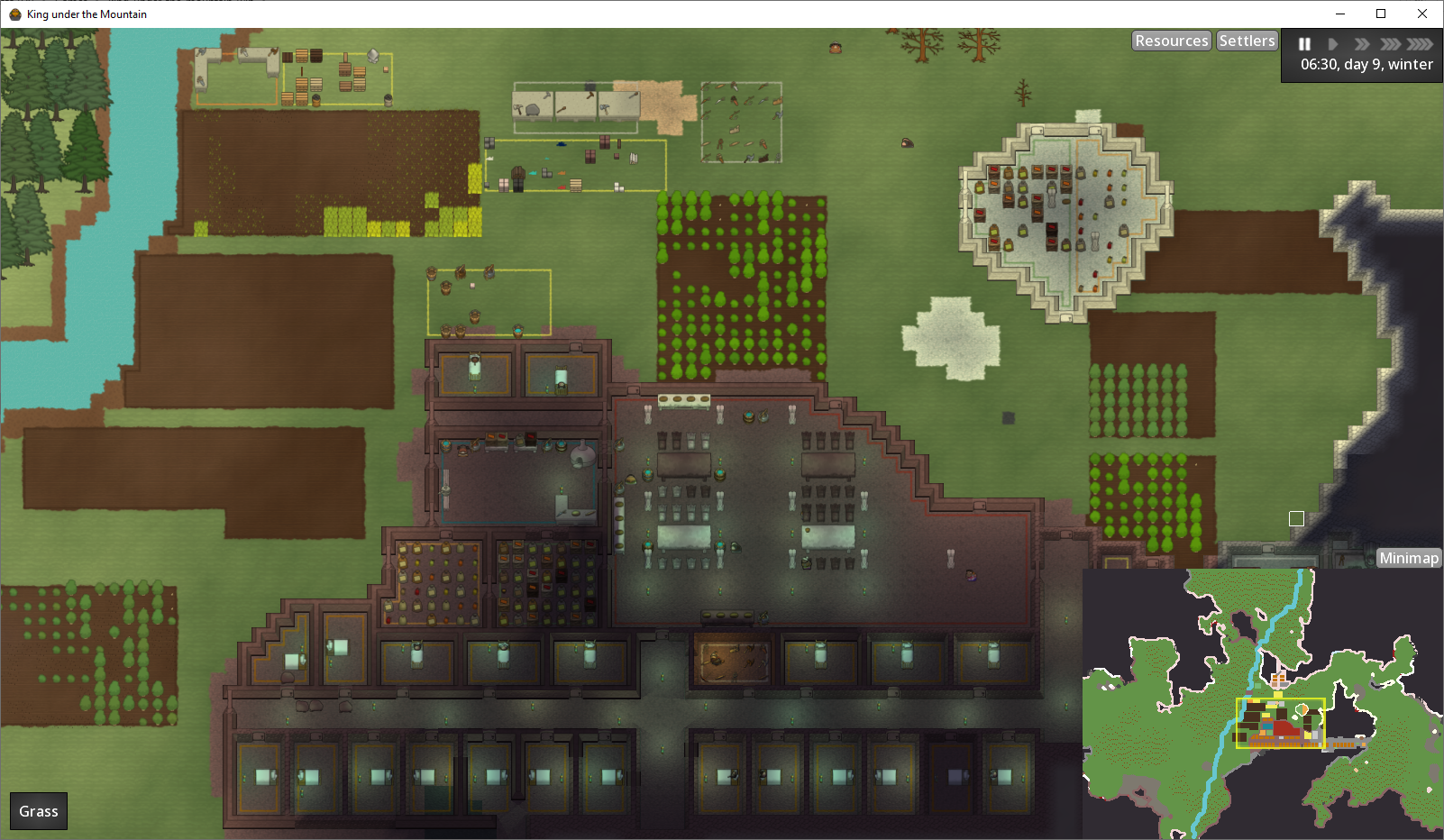 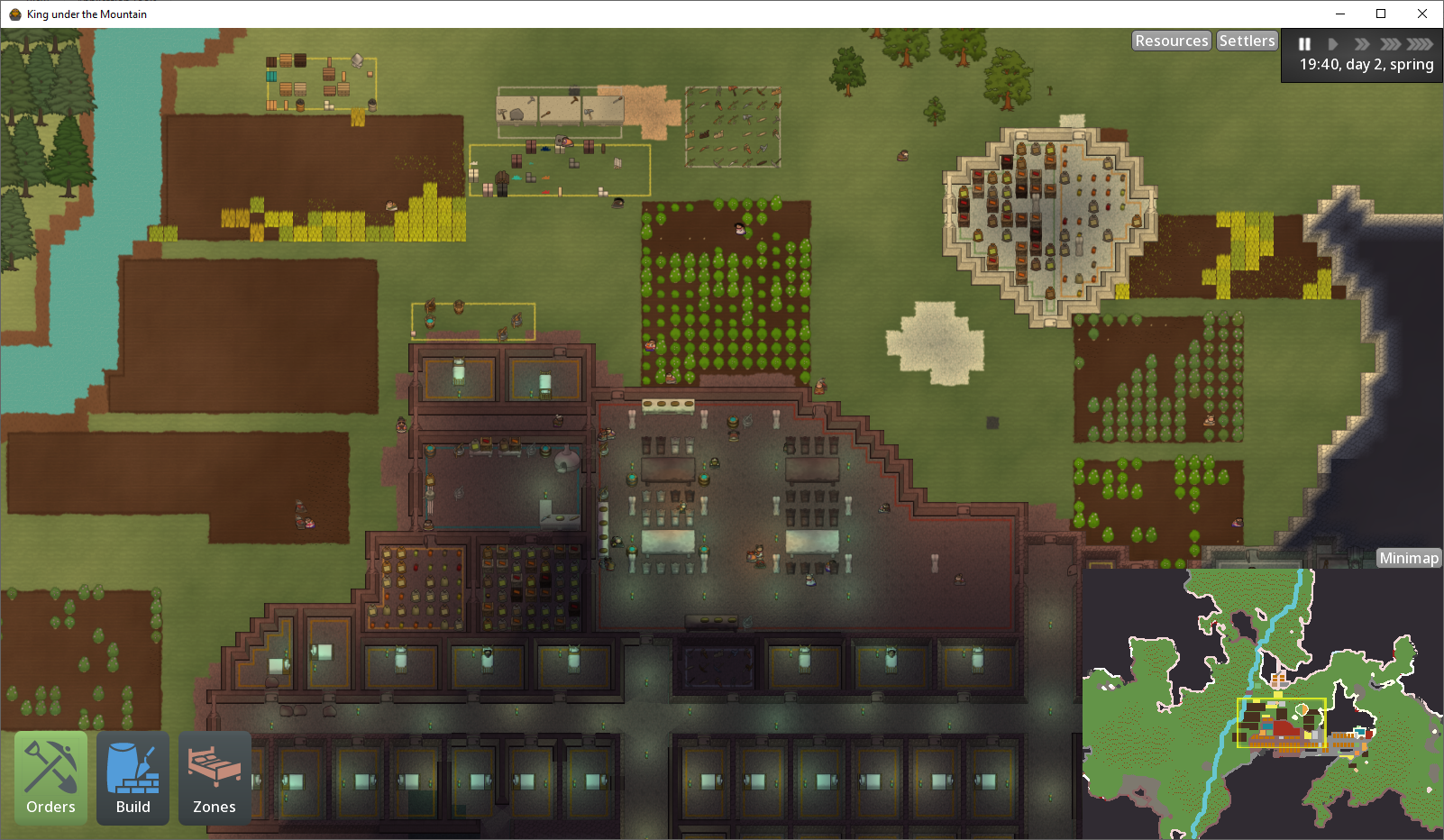 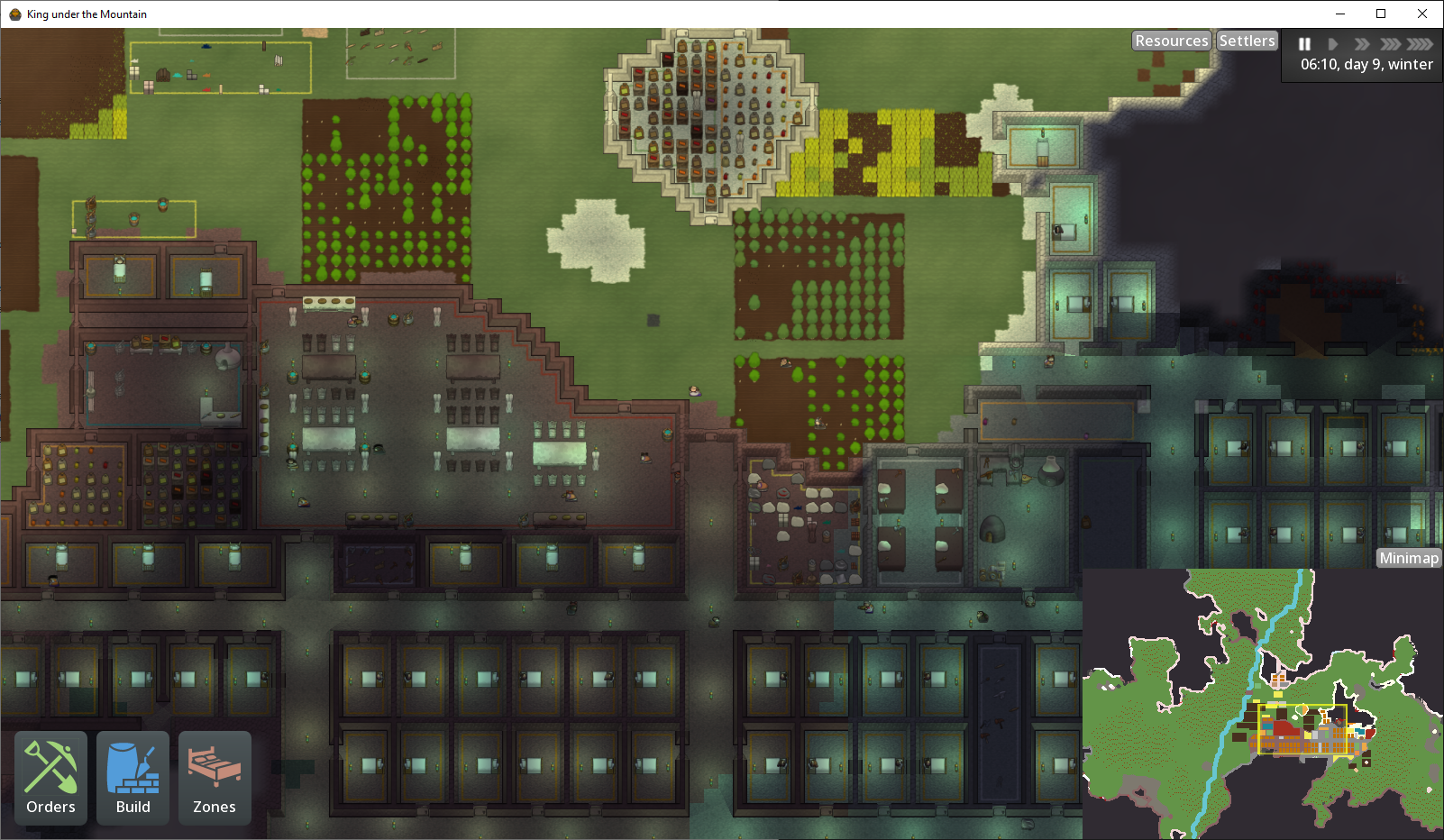 Now I will list some things that seems strange

This is what I have at the end of year 6 (I will make extra bedroom's in the winter for the newcomers because spring and autumn in farming time): 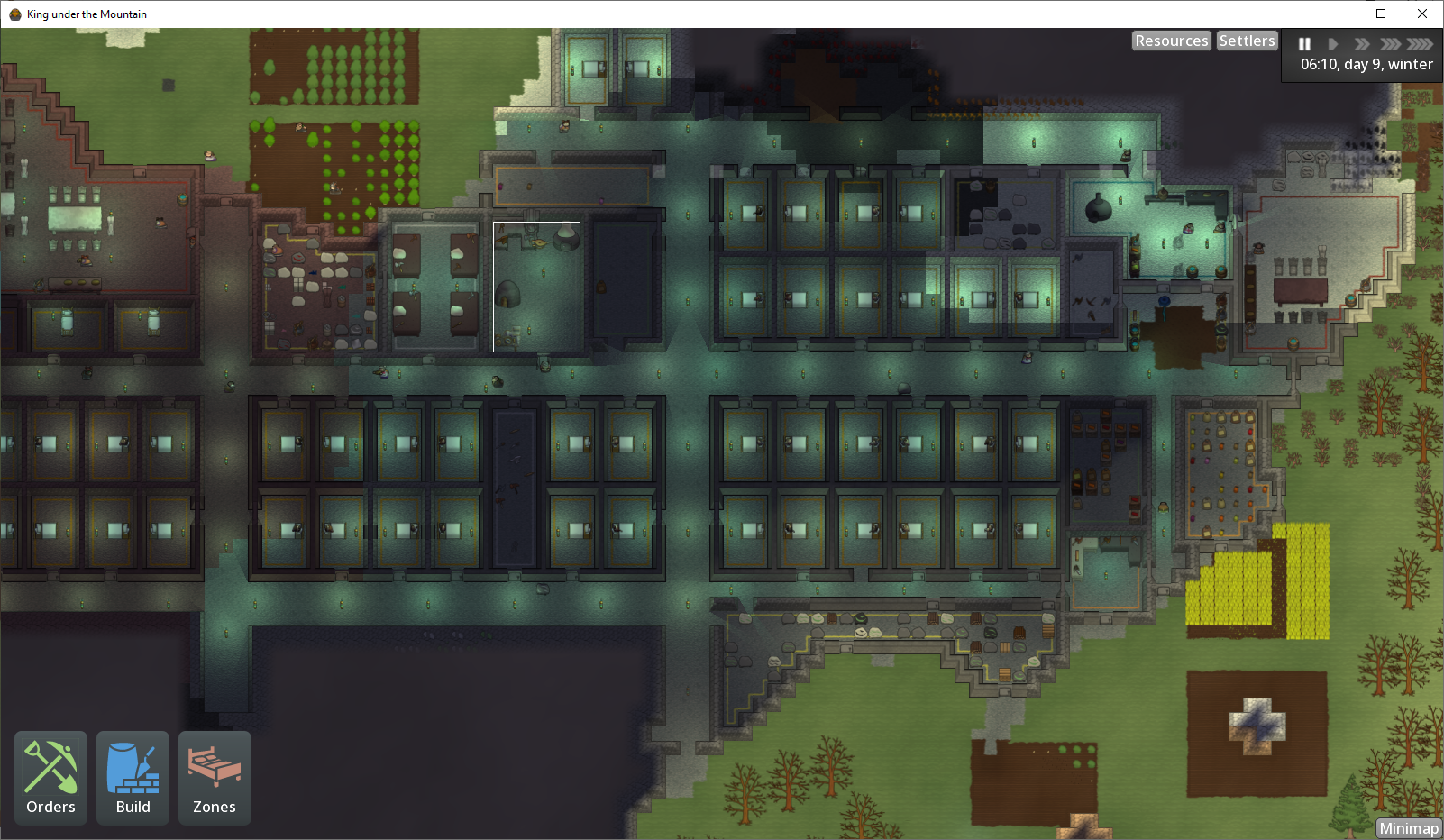 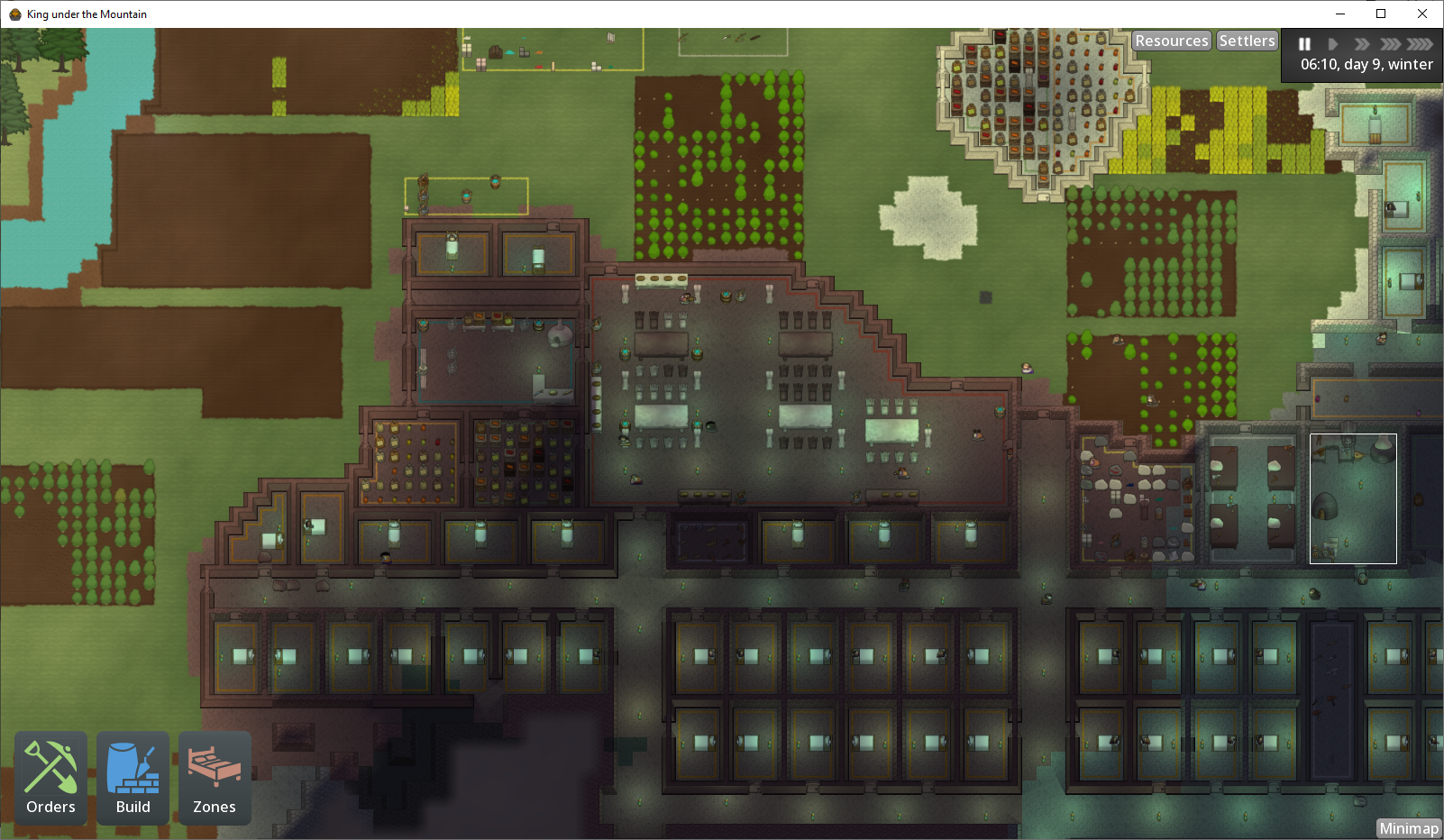 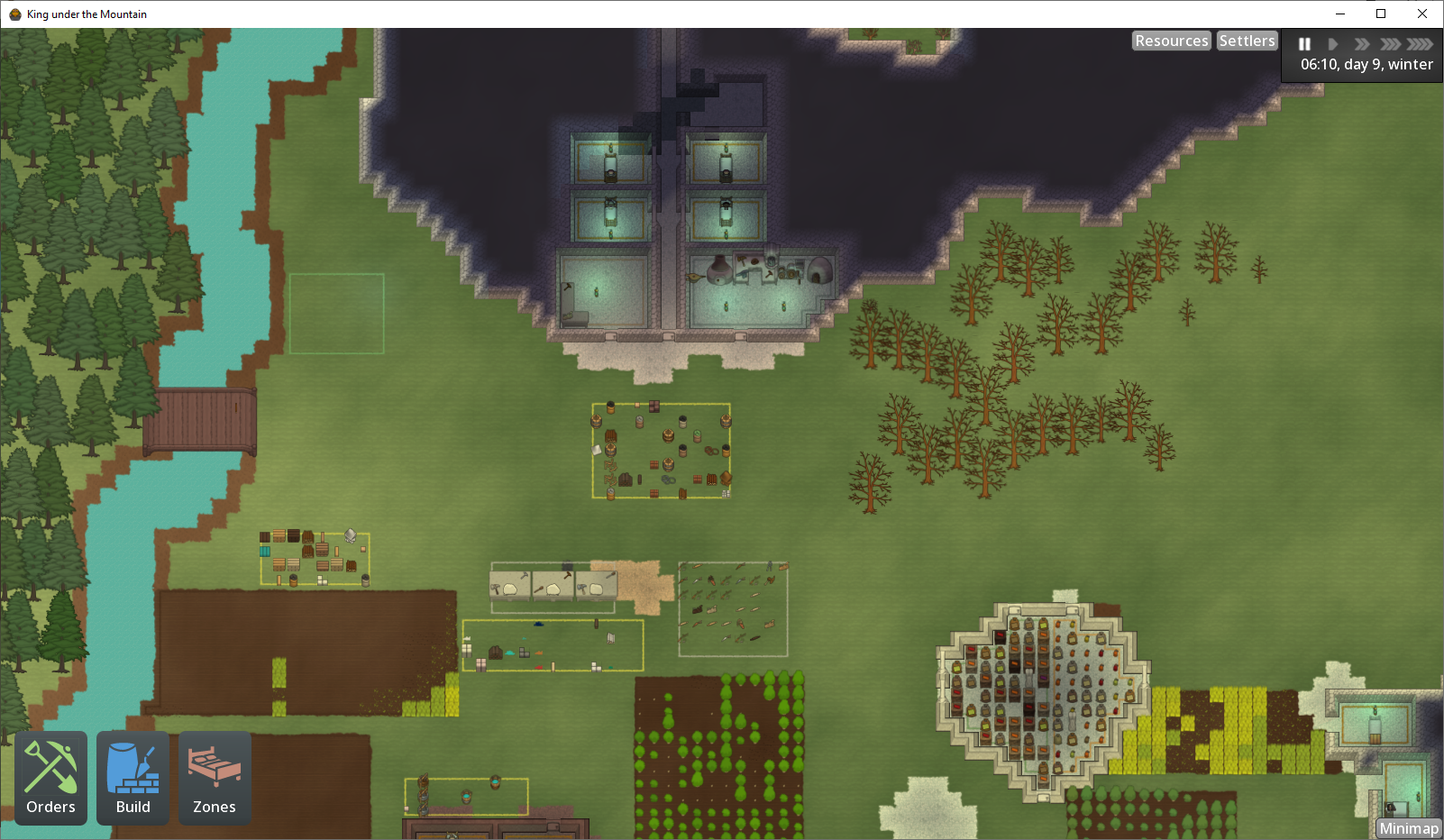 Final note, I think it I am getting to the maximum side of the settlement. At least now I have used all the content (almost, I haven't make a mushroom farm because I found few) and got to a size where some problems occur:

@Rocket Jump Technology, I am really interested in your next Devlog update. I have you like my posts on your current version and you can use some of the feedback.
Keep up the good work!

1. Dwarfs will go to the river to drink water even in there is water in the feasting hall. I seems it will pick the closed water source in bird view and not walking distance..

That's correct, I already had that problem.

2. cauldron allocation seems of if you have multiple metal types of cauldron's. My kitchen in waiting for 4 silver cauldron but there are iron and bronze cauldron's available in the resource zone next to it:

Yeah, I seem to have a problem with that one, too. Got a cauldron spot that got never filled because it was waiting for a bronze cauldron, which I didn't have.

3. With more Dwafs it happens more that they get on the same spot, start walking slowly and do so for a long time, until they are in the feasting hall for example, there is a lot of space to take an other path, or just wait so they can both can walk faster.. In year 2/3 it seems odd, but in year 6 it can be like 6/9 dwarfs getting to gather because if you have some walking slow the odd are getting bigger with more settlers that one will catch up.. Note that I am making hallways 2 or 3 wide to minimize this problem

Yeah, happens since the first build, which can be pretty annoying sometimes, especially when you're not prepared for it. And having wider hallways didn't do much for me, so I stopped doing that.

The inefficiency of having multiples of the same production rooms stems from not having any priority settings yet apart from getting the goods to the spot which asked it first. To alleviate this I have built 2 large centralized kitchens (one bakery and one soup kitchen), which will deliver to the feasting halls from there.

Thanks. To make to central kitchens seems smart (for now). As a programmer I also had have some thoughts about how the code some optimization and user feedback.