Submitted by topaz13 — 6 hours, 57 minutes before the deadline
Add to collection 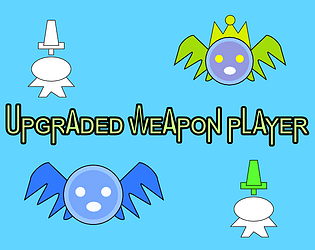 How long was your dev time?
3 hours.

It's a really interesting concept but it's suuuuuper difficult. I think it might be easier if the 3 columns of enemies were things you switched between rather that movement being continuous. Having to parse the enemies, figure out which column I needed to be in, move the sword, and then make sure i was lined up, was just too much for me ha.

I did not understand how to play 😅 Maybe you can start bit easy to teach rules and then ramp up difficulty. Good Luck though :)

It is a fun idea! I think it should start with just 2 lanes, and then add the third one a bit later.

Thanks for playing, making game level is good idea : )

The game is hard tho haha

Thank you for playing : )