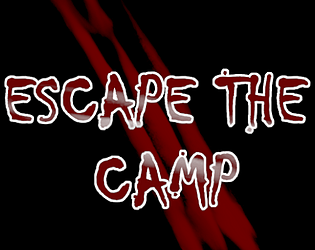 Fun game I liked the asthetic and the way it played. Good Job!

One of the most replayable subs of course, one nice atmospheric game and also scary enough. Well done friend!

Thanks . Glad People are Liking it!:)

this is the only game that made me jump in real life when i got killed by the monsters the first time. my first run i found the key pretty fast but the following times i could never find it.

Yes! goal accomplished. lol. Glad you guys are liking it. The Key has 10 different Random spawn spots. I wanted it to be really replay-able . Also I'm adding to it after the jam so keep an eye out.

This must be the scariest game I've played from this game so far. Just the fact that you said something about "Mild jumpscares" made me so paranoid that even the death screen scared me lol. My first attempt ended when I found the key in a house, but a monster was waiting outside and I had no way to escape (maybe add a second exit to that?). My second run was a succes with me outsmarting the monsters and finding the key next to the pond. It was a bit slow, which is fitting for the athmosphere you were going for. I had fun and it was spooky. Good work

yeah I thought about a back door cause of that and will be adding it after the jam. also adding a few more mechanics and a couple really good jump scares I couldn't fit in in time . wasted like 6 hours re-doing a whole sprite sheet cause unity has a tearing issue with tile maps. thanks for playing glad you enjoyed it.

nice job! Found the key in a little over 3 mins (after dying once). Didn't really feel like the running key did anything, so I would make the movement a bit faster when running. Also, the time in secs is a bit off (shows 1:1 instead of 1:01). Otherwise, good job!