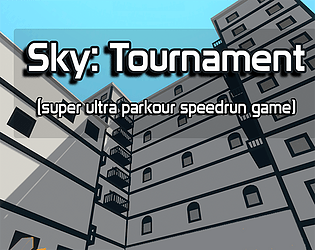 Cool idea, but it was really difficult for me.

Pretty fun, though a little slippery and slidy at times, and I wasn't always sure of where to go.

Overall, I have just one word to summarize my thoughts on this game:
"BRUH"

its actually good and hard at the same time. Kudos for the innovation.

I found a little bit hard find the way, maybe some sort of path signs would help the player!
Nice project tho!
Another advice:  quick restart without going back to the main menu

Thanks for playing! In new version everything will be fixed.

Beautiful game but unfortunately I cant play it :(

Building on the screens are nice

Thank you for your feedback. Why can't you play the game?

Because I use Mac

Fun for a while but the character felt too floaty for me, it was kind of hard to control in the air.

I was hoping to make the game hard to play and made movement like trash. It could be better, sorry

I liked where this was going, though it felt a little janky on the movement. It took me a while ti even figure out how to make the first jump and it felt a bit slow on the jump movement. A few other notes:

Thanks for playing! Funny fact - music in the menu was made in 15 minutes before the deadline) and also I wanted to say