I can finally enjoy this game. Good music, perfect for a relaxing gameplay,

P.S. There was this weird glitch in the game where I was stuck outside of the game area. I had to reload the game page in order to beat the game. 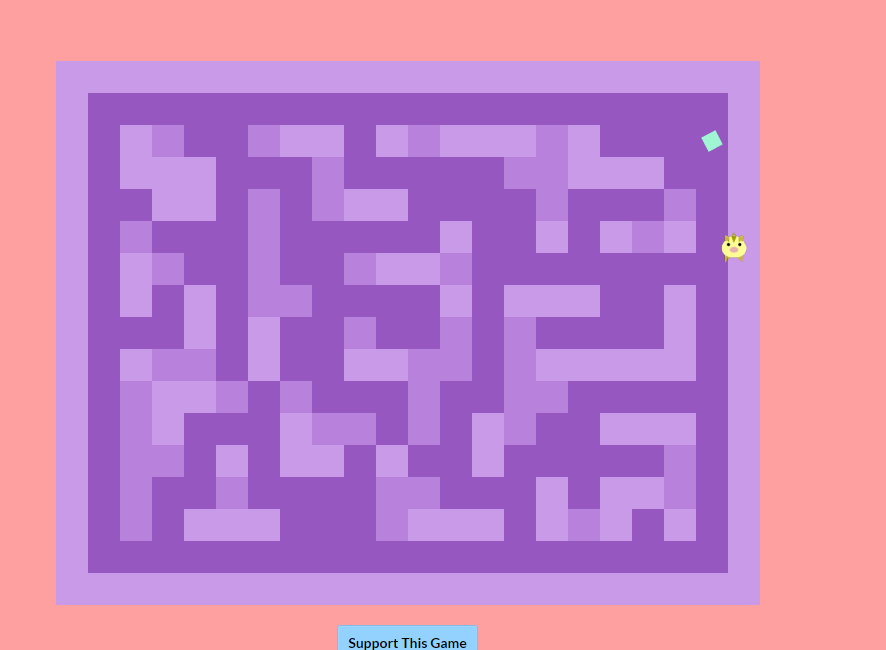 Simple, yet super chill! Graphics are super adorable and the music was catchy too. Awesome job guys!

Fun game, I really liked the music.  It was also nice to see someone using LÖVE in the jam.  I feel like all the games submitted in game jams who use LÖVE are always so cute.  Only thing I would point out is that I could not get your browser game to start.  Could have been on me, but I think you may have not gotten many ratings because of it.  I would either update it or remove it.  Thanks for participating, great entry!

We're flattered you gave the game a try fuzzmonkey! You wouldn't mind being able to tell me which browser you were using, would you? I've been able to get things running with Chrome 66 and Firefox 60, but I think Safari doesn't have certain web features that LÖVE's player needs. I'm looking into figuring out a good fix on that one.

Thanks for taking the time to play! 🕹💯❤️

I looked up this issue - seems to be a bug on the love.js side of things (the program we used to port Love2D to browser). It looks like if you click the darker area outside the game, keys get enabled. Not sure if we will be able to fix since it's not our code :( Thank you for the feedback though!

Should be fixed and working a lot better now!