[PROTOTYPE] simple first-person platformer and shooter made for 8 Bits to Infinity and Weekly Game Jam
Submitted by Atanii — 3 days, 17 hours before the deadline
Add to collection 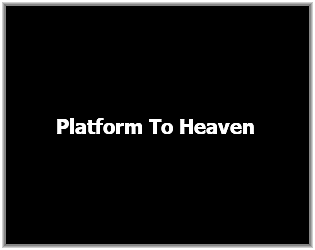 Mechanics: The movement and jumping felt fast and was pretty easy to control and judge distance. The gun worked well, although it didn't seem like the enemies were very threatening. The enemies didn't feel like they added anything to the platforming experience aside from one enemy in the last level, so maybe try to think of better ways to integrate them with the platforming sections. I really liked jumping on the jumping/bouncy platforms, although it was a little glitchy when they were moving.

Level Design: The first level felt like more of a first person shooter rather than a platformer, however I liked how you used that level to teach the player where they can typically find the crystals. The last level had a tricky jump to make, as you had to ride a jumping/bouncy platform and then land in a doorway through an odd angle. I think that it may be better to give the player a better platform to land on, so that they don't risk missing a jump in a way that feels unfair. The rest of the levels were pretty straightforward platforming with slight differences in verticality.

Art: The art style gave off a very sci-fi Tron-like vibe. I really liked the lazer gun. I didn't like how the platforms textures looked when they were stacked because if you missed a platform and fell, it created an almost strobe light effect which was difficult to look at until you respawned. The jumping/bouncy platforms didn't have this problem, and looked nice.

Sound: I don't know if there was intending to be sound playing, but there was no sound.

Thanks for the critics! :)

I couldn't spend as much time on the development as  I wanted.

I felt similar about the enemies. I didn't want to get rid off them after creating / scripting them and the gun so they were left in the game even if they doesn't add much to the challenge.

I'm quite new to the world of 3D game development, this is my first fps-platformer.

One of the biggest problem was to make the moving platforms somehow usable. The typical "player moves with the platform" thing wasn't as trivial as it would be in 2D. I came up with the idea of these "bouncy" platforms, tried it and I was happy to see that it works as well as in my fantasy. Although...as you said, they are glitchy.

Glad you liked the goal of the "tutorial" level.

I wanted to add a more challenging jump to the last level...I think I can agree that it could be less unfair.

I like drawing / 3D modelling and so making the art / models for my games. - Even the music...but there is really much to learn for me to make something decent.

I could have balanced the glowing effect more for cases like the one you mentioned.

I found some good sounf effects and started making the music...well...maybe it's not a big problem that I didn't have time for the music, although I wanted to put some sound effects into the game, I didn't got enough time.

Again thanks for the review. I think I learned a lot while creating the game!

Uh.... This is not a platformer, so why did you submitted it into platformer week?

This was only a prototype level :)

I added platforms and a "bigger" map.

Until the deadline I want to make it a first-person platformer with a minimal, additional action.

Depending on my freetime it's not impossible that I can't make it...if so, I think I'm going to even cancel the submission.

Well, hopely you make it! I have the same problem, unfortunately, and I'm saving as much time as I can for this game

Thanks. I look forward to seeing your game.