The Next Adventure Jam

Some idiot zookeeper has put you in the gorilla enclosure. You must find your way home to the chimpanzee enclosure.
Submitted by Garry Francis — 16 hours, 19 minutes before the deadline
Add to collection 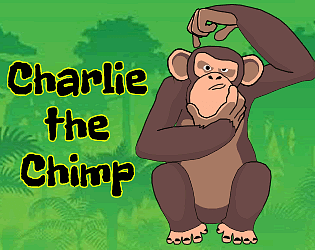 I had really trouble to get past the gorrila too heh. After that i was peace of cake with some good laught moments. Did you had less time this jam Garry? Usually your game is very detailed. I certainly have been looking to eat some bugs from the gorillas back while he slept. That is what monkeys do right? :D

One thing that made me wonder. The accursed ladder. After i droped down to that room the game i had the feel that i can be moved to climb again up.

I intentionally wanted a small game so that I didn't have to do too many images. Nevertheless, it has some nice puzzles. I'm surprised that people had a bit of trouble moving the gorilla, as the solution is one of the first things I always try when I have a seemingly immovable object.

I spent a lot of time on the coding, as there was a lot of new things that I had never tried before, including proper containers and multi-word input. I also restructured the on_command section quite differently to the way I've done it in the past. It was all a learning experience.

The ladder was a last-minute addition. I don't know if you tried this, but if you drop the bamboo stick on the zookeeper, he returns you to the gorilla enclosure. I needed a way for him to reach you, hence the ladder. It also makes sense that there is a ladder for someone to open and close the skylight from inside the office, but the ladder is too big for a little chimpanzee to move.

The first time i played this i got stuck in the zookeper room because i did not find the sunglasses. And thus i panicked because the only way out of there seemed to be the ladder or restart. But don't worry about it, that is just from my exhaustion from the work i do now.

In your presentation page of your game, which is exemplary, you do not mention the possibility of autocompletion with the tab key.

Thanks for letting me know. I didn't even know that there was Tab key autocompletion. I'll check it out and update the game page.

I really like how well the puzzles are integrated with the theme! Clever puzzles, too. My biggest stumbling block was getting the gorilla to roll over (couldn’t figure out right words, had the right idea), after that it was fairly smooth sailing. Love the graphics. No dead ends, which I appreciated too. Wonderful work!

Thanks, Julia. I am taking all the comments on board and will release an updated version shortly with a few bug fixes and some extra hints. I might even add a HINT command.

I love the graphics but I got stuck in the very first room on the first puzzle! Need to find a soft spot on the gorilla? I tried climbing the gorilla to get to the tree, spanking the gorilla (need a soft spot) on the nose, etc. I can't wait to play more of this -- May I have a hint?

If a child is naughty, you might spank it on a soft spot. As the gorilla is lying on his back, his soft spot is hidden. You need to expose it. Perhaps you could try rolling him over.

The words you need are in the instructions, so I would push you towards those and then you can pull out the verbs you need.

Fantastic, I finished it! Wonderful stuff! Thanks so much for the hints :).

Very fun little game.  A few more responses would make it even better, but it was enjoyable and I really liked the theme.

Btw, a typo in the storage room: 'uunconscious' with two 'u's.

Where do you think it needs more responses?

There were quite a few things I was trying when I was stuck that didn't seem to produce responses where I'd expect them - for instance, you can't get or eat the bananas in the storeroom, that kind of thing.

Thanks for the suggestion. I did the antialiased version because I need that (though in a different size) for the itch.io cover and embed images. I'll try a non-antialiased version and see how it looks. When I did that for Igor, it looked really bad and I couldn't get the amount of detail I wanted.

Just out of curiosity, are you using full screen mode? I never use full screen mode myself, as it's far too big and the text is hard to read because of the need for eye tracking over a wide distance. The image doesn't look anywhere near as bad when in a comfortably-sized window.

No, I don't use full screen mode. It's also a bit annoying that the game automatically switches to full screen.

For the gorilla, just try to get the eyes just sharp and without anti-aliasing.
It's beautiful anyway, but there's a great contrast between the loading screen and the sharp images of the game.

In the roof, I supose you need to go down the air vent instead of the skylight, but I do not find the correct words, due to my lack english... any little clue??

You're too big to fit in the vent, but smaller things will fit in there. You will need to enter the office via the skylight, but you need to get rid of the zookeeper first or he'll return you to the gorilla enclosure.

I've played it and finished it!

It's very well implemented, the puzzles are of the classic type that you'll know how to do if you've played this sort of game before, and the graphics are top-notch (and dynamic, so suitably story-enhancing).

The only negative, really, is that I wish there was more of it! It's rather short and I finished it very quickly. But then again, I know what I'm doing with these sorts of games: it would probably work very well as an introductory game for a less experienced player.

Re the 8 bit compatibility that you mention on the game page: I don't see any major issues in converting it to 8 bit if someone was so minded (I don't see major 8-bit incompatible complexity there), but I know that's not your interest. Incidentally, it's not really mine either. I love the ZX Spectrum but Adventuron is too good and capable, in my opinion, to shackle it with the sort of restraints that 8-bit compatibility necessitate (and I did manage to do almost all of my game in 8-bit compatible mode, until I basically ran out of memory).

One other thing: you might consider having 'swing' as a verb rather than 'push swing' (the former feels more natural to me, and I tried it first).

Thanks for the feedback. To be quite honest, I was using some fancy stuff under the hood (probably not obvious to the player) and Adventuron had advised me early in the peace that it would not be 8-bit compatible, so I didn't even try. Now that it's finished, it might be worth seeing if I can do an 8-bit version.

You can actually SWING SWING. Is that what you meant?

I didn't try swing swing, just swing and then push swing. In any case, I got there in the end!

I finished the game. The game is short and great. As you are a perfectionist, you will be able to fix some little details that will make it a great short game.

There seems to be a problem displaying text in Orangutan Enclosure:

Strewth. That's embarassing. I've fixed it now. I'll do a bug fix release in a day or two when I get a bit more feedback. I didn't have much time for testing and it wasn't independently tested, so any other bug reports are greatly appreciated.