It's about looking into yourself and not liking what you see
Submitted by SunshineQueen (@LeannTLSterling) — 1 hour, 29 minutes before the deadline
Add to collection

What country do you currently reside in?
Jamaica

Just letting you know that I haven’t rated this game as yet because I’m planning to finish it, once I got the time lol. I’m hooked, really hooked. Stay tuned!

It’s super intriguing! I’m not done with the game as yet but I’m pulled to figure out all the puzzles. For a small space, you make it worthwhile to go back and forth and find things, place things etc. I like how interconnected the narrative is, I feel as if I know where the story is going and I’d love to say it played out

A few times the hitbox was a bit off, so I figure a couple of items I only found later because I revisited. Minor grievance for an awesome experience thus far!

1 hour, 18 minutes, and 17 seconds. That was the time I had on my final save file when beating the game with the best ending.  A game made in a week took me that about of time to beat. And I loved every single second of it.

I want to rant and rave and scream about this game to the high heavens, but to avoid spoilers, I won't. But I will say one thing when the moment with the diary happened, I knew I had to stop playing and get my girlfriend to come to help me, as to get a better idea of what you were trying to convey with the story. I have no clue if this was your intention or not, but the experiences of the main character from then on to the ending made my girlfriend feel better about her own personal experiences. Forgetting the categories for a second, you made the person I love so dearly feel better about her past, even just a little and for that, I can't even begin to show how thankful I am.

The story was beautifully written, with the dialogue and small details being the best parts. There were areas where the detection on checking places where items are was off. There was a room where the music just switched off randomly. I left that room immediately because of the utter terror I felt from the music just stopping all of a sudden. Turns out, music was just not set for that room. But on that last point, at no point in the game did I not feel a sense of dread while playing. The creepy and eery atmosphere was constant throughout, and it just made the entire experience better because of it. Using self-reflection as your main mechanic was a genius move, that idea was always present throughout the entire game, from start to end.

This game was by far one of the best games I played in a long time, even outside of this game jam, and I will be waiting patiently to see what other ideas you have in store for the future. Never stop doing what you are doing, because what you can do is amazing.

Thank you so much for this! I literally got teary eyed reading your comment, I'm so glad you liked the game. And I'm really happy I was able to help your girlfriend feel better, too. This game was definitely a bit of a vent piece for me, so knowing that it can help others feel better too is truly amazing to me. Thank you for sharing this!

Oh no look what You and Emily made me do Reminds me of my early  experiences with my beloved game boy game boy RPGs like zelda and Final fantasy games and boys would be boys Dragon ball Z. cool game! like the way the music works with the mood and the Deep story. Haven not finished it yet. 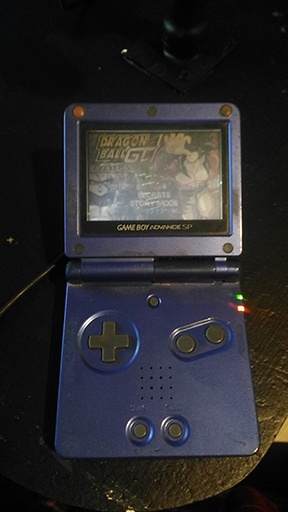 Just finished another session playing this game and I'm really enjoying it! I'm so happy to see a game with RPG and Adventure mechanics in it, and it was so fun exploring the apartment block searching for items and interacting with the NPCs! The statues were a nice touch too, and trying to figure out what items goes with witch statue! The music was really nice, and I love how the game gave me options to edit the music and effects to any volume. and the save feature too! i had like 7 already incase i need to backtrack haha. I'm excited to finish this game and see what the end story is for Emily! I'm at the part where you need to enter a birth date into the computer, I've entered the date I found in the game but atm it won't open, maybe I've got to look at it from a different angle (though i've reversed it and got the same result imao, i'll figure it out) :)

Could you immediately remove the donation option on your game page? The jam rules state:

All games must be free to play, any option to receive money can be enabled after the jam is over

Sorry about that, I didn’t know having a donation option would be an issue, since it’s just an option. It’s off now though!

Spent a good amount of time just wandering around and exploring. I really like the atmosphere you created here and was intrigued to know more about what was going on!

Great game and love your art.