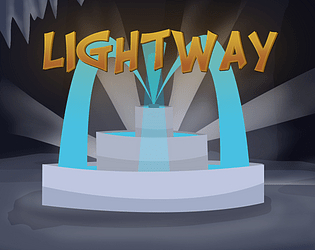 This was fun! And like any good gamer, die the first time trying to figure out the mechanics, win the second time because you know what to expect! (Context: I died like 2 mins in XP ). This was fun, though my only gripe is how late I got the rifle, but I'm sure on a second run through you'd know to save up for it you really wanted to play with it. I'm not sure if teleportation was a bug or feature, because it seems to happen when I fight the lil guys a lot. I just took it as a feature since it didn't get me killed (;P). I also liked how upgrading health also fully healed you, so I put off upgrading that until I needed to heal.

Good job on this! It was very well put together!

james thanks soo much for your positive review and good to hear that you like the game and you enjoyed it too. special thanks for your review.

This was honestly one of the most fun (browser games) in this jam , yh sure i got teleported once and attack while reading . but with the time frame that we all had , i understand. the art also looked decently good . Would also make the mobs take more damage , because i was in a point where they could be so many but i would still not die because of all the health upgrade that i had. Anyway , Good Game . Thanks.

Thanks so much for your review and rate , I am glad you like the art and the game-play of our game and i am so happy that you had fun playing it.

Seems like it'd be an interesting games but the bugs (dying while in menu at a safe zone, randomly teleporting) hold it back quite a bit. Would love to see some refinement of the concept of a more "open" feeling roguelike like this!

thanks for your comment Dpodz , i know  its buggy but our team put their full effort and time to create it on given time frame.  we would surely refine it later and don't forget to  rate  the game for support. hope you had fun playing it.

I know exactly how you feel! Let me know if you update the version with some bug fixes. I'll definitely try it again and rate later during the rating period :)

really sorry dpodz  i don't think we be able to update the game in the voting period . i would appreciate if you vote for this version. sorry for the inconvenience.

I had a lot of fun playing this! The dark purple zombie ended my run. :[ Love the variety of weapons you can make. Medkit was rare to come by so it definitely made the game more intense. Great work!

Thanks buddy for playing it and its good that you like our work special thanks for ratings . Good to hear that you had fun while playing it.