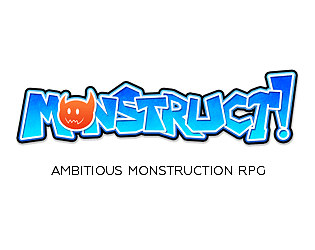 Interestingly constructed (or rather 'monstructed' heh...) idea for the main game mechanic. A little tedious once you grasp the concepts sure, but so goes the confines of the game jam. The end game stuff was a neat touch but maxing everything out in the story was more than enough for me. Congrats on making a complete game mechanic concept with lots of parts to it. And then making it all work together! Was interesting.

Quite different from games that I'm familiar with. I stopped and didn't try to make the harder monstrons, didn't think it would have been possible. At that point it kind of felt like the difficulty went up tremendously. Not a fan of the choose where to go when leaving the map. But it worked well for your idea. Well done on the interface. Also a good strategy game.

Thanks for stepping out of your comfort zone and giving my game a try! Out of curiosity, when you said you stopped at the harder Monstons, are you talking about the ones unlocked after the story segment? Thanks!

Yes after the story segment.

Just played this and it was great! Great balance in the "combat" system, I spent awhile trying to master the art of crafting HQ Gargoyles and this is the first entry I played straight through to the end. Wonderful work :)