Submitted by hslentz — 4 hours, 57 minutes before the deadline
Add to collection 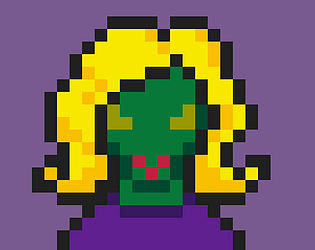 How does your game fit the theme?
Babies' needs are pretty much out of control

This was a clever idea - the babies were certainly out of control. I think the difficulty was compounded by the fact that there were a lot of times where the offered items weren't needed and the needed items weren't offered. I think that makes for too much "out of control." Also, I may be wrong, but it didn't seem like losing the disguise would matter - the babies always took the items and their states would always change. Perhaps if the babies wouldn't accept the items without the babysitter being disguised then it would make sense and seem less incidental. Your game definitely has potential. I could see you scaling it up so that maybe their are different levels; like more rooms open up and the babies start roaming around. Or maybe, if the babysitter wants the bottle, it has to go to the kitchen, but the diapers are in the bedroom and the pacifier is dropped wherever the last baby was that used it? Maybe in later stages, the martian also has to answer the door - so it better not forget its disguise!

That got pretty manic really fast...

As a suggestion for future development: instead of having the baby's need change, make it have additional needs as well as becoming more unhappy.

An amusing little game, I had a couple of moments where all the babies had the same issue and I just ended up waiting around as nothing for that issue came up for a while.  Fun idea though

Submitted
Balls of a Broken World
LikeReply
LordQuentiumSubmitted2 years ago

Decent game, a couple bugs with the wig sometimes falling off outside of where I could get it again, but cool idea

nice game, when the wig fell of it was funny