There needs to be exactly, and only one of a certain object to pass the level.
Submitted by Doomod, snow day gnar — 1 hour, 14 minutes before the deadline
Add to collection 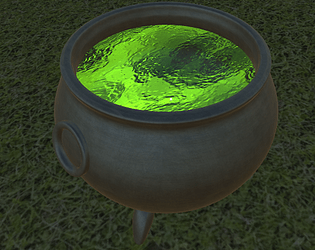 Nice game. When I first saw the scissors in the 'only one room' level and couldn't move them, I thought the game had broken and I couldn't progress. I fiddled with it for a while before I realized it wasn't part of the objective. I imagine it was set in place as to not misdirect the player, but I think it would've been fine to allow it. While it would've made me think I had to do something with it, the level forces you to think outside the box (heh) anyways, so a little misdirection would be fine. Also, the flower is really hard to see if it falls on the floor.

Edit: One more thing, the scissors in the wire level. Since they only cut when you click on the wire itself, if the player clicks the mouse before he points to the wire, he may assume that clicking doesn't do anything, as happened to me.

Submitted
One Flag, a 2D Puzzle-Platformer
LikeReply
sharifenSubmitted245 days ago(+2)

Pretty cool game. The scissors were in the "only one room" room. And the sensitivity is too low.

Thank you for rating our game! I know the sensitivity needs to be higher I just prefer a slower but smoother camera movement. But I realize that at least I sould have made an option menu to change that. Sorry about that. The scissors were there intentionally because we wanted the game world to be somewhat persistent. That is the reason why the flowerpots and the drawer stay in the same place too. Thank you again. I will play your game too when I get some time!