An infinite-runner with two worlds - good and other evil!
Submitted by Neer — 3 hours, 19 minutes before the deadline
Add to collection 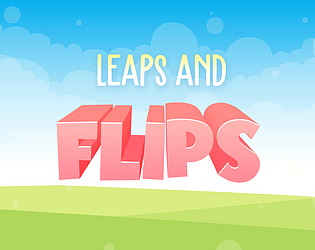 Took me too long to realize that I was running a very outdated version of LÖVE.

Honestly, it's frustrating to play this game. There are a bunch of minor details that make it unpredictable, sometimes you'll land a jump on the corner of a box and die, sometimes you'll jump and a couple frames will skip, and when you flip it takes ages. Personally I think it would be better if the flips were near-instantaneous.

Really nice, I liked the backgrounds but I think you have some parallax issues: the cacti (?) are moving at an okay rate, but the grass under the player should be moving faster, as fast as the boxes.

Soundtrack is nice, death music was only fun the first 10 times, and death sound gets a bit annoying, but again nice soundtrack. 3/5

I dig it! I think the idea behind the game is really cool, it's just that some flaw make it unpleasant to play, but with some tweaks I'm pretty sure you have a neat concept. Keep going!

Nothing much to say, I think it fits very well.

I'm super sorry about the poor gameplay! It's my first game-jam so you shouldn't expect much from me ;)! The delay in flips was part of the game but most people didn't like it! So I guess I'll remove it or perhaps shorten the delay
And yes the death sequence is funny for first few times after which it gets annoying
I had the idea of random death sequences but that would require more death animations which I don't have (since these assets are made by bevoulin in public domain and I don't know him personally :})
In any case thanks for your review! I will make some changes in the game (in one or two days) - like improve the mechanics (though I can't do anything about the graphics and audio since I used all public domain assets - the pain of not being an artist :>)

The graphics are nice and I like the music! The gameplay didn't keep me super engaged after the first minute though.

Other than that, I find it a bit difficult to get the jumps correctly, and flipping worlds is really jarring. It’s somehow also too slow. It could be good with a little more work :)

Thanks for your precious feedback! I'll certainly take that into consideration!
(though I must say that the difficulty in getting the jump correctly and the delay in flipping worlds was part of the plan)

My only two recommendations are to make the player able to skip the death scene, & make jumping mechanic more bouncy

Thank you! That's a very good idea. Unfortunately I can only edit this game after the game-jam is over (i guess). I will definitely try what you said!

Hi, i played the game and this is my review of it. I like the idea but it isn't executed well. The game relies on the flipping mechanic, so if that core feature is buggy or bad the whole game collapses, and that's the case here. After flipping I found myself dying to a box, because i flipped and my timing was off. And for me that's a huge turnoff. I'd recommend adding some sort of invincibility for a few seconds after flipping. Another core mechanic is jumping and this too needs work. Pulling of multiple jumps in a row to dodge stacked up boxes is almost impossible. The game is clearly not finished, but i do like the music and the art, but they're nothing to keel over. All and all this is a below average entry for me. But kudos anyways!

I thought that might be seen as a feature since even in subway surfers when you take the leap (with spring) there's no gurantee that you are not going to bump into train or some other obstacle when you reach down. To prevent such deaths you'll have to foresee what's coming ahead and than act

Bug or a Feature? lol.

That's the thing about game-development. Here's what Mike McShaffry has to say on this matter:-

"I was walking along and the trees turned into shovels and my character turned into a pair of boots and then the game crashed.". You certainly won’t see a bug report like that working on a database application! Seriously, some of these reports convince you beyond any shadow of doubt that the testers are certifiably crazy. Or your code could be crazy. My bet is on the code being crazy. ......
Most programmers I know are perfectionists and take a lot of pride in their work, and because of that they lose sleep over bugs. As evil as this seems, making those decisions is as tough as knowing your code has a bug that you aren’t allowed to fix. Believe me, I’ve done that a few thousand times.

Anyways I re-uploaded the game so gameplay should be better now!