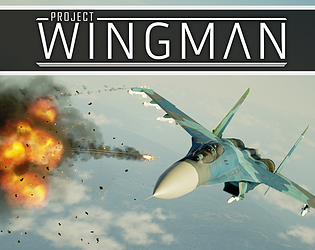 Bautifull game, where can i buy?

how do you get

@Sinoc: Yeah, I gutted most of the stuff from the last demo and forgot to put it back in and the machine gun actually just shoots straight and you're meant to align the plane with the gun reticle. I'll update it and give the aircraft a new reticle soon.

I'll see what I can do about the flight physics.

I'm curious on how it ran on your machine? There was quite a bit of AI in the scene and I'm just comparing performance on different machines. (I only need GPU and CPU right now)

@Bepi: Thanks for testing it

I'll see what I can do with the zoom function and guess make it optional.

The minimap indicator actually already functions though right now it only blinks on selected target. I may change it to something else if it is harder to see this way.

I plan on scrapping high G turn in the future since its really overpowered at the moment.

It's pretty basic right now, but you can see the game is wearing it's Ace Combat inspiration on it's sleeve. The machine gun dosn't seem to aim anywhere close to the reticle, and the plane feels a little stiff compaired to the Ace Combat games proper. With some polish, mission design, and a healthy amount of Spanish guitars this could turn out really cool.

Okay, this so far has been fun. Got around to get back a controller to play it. Playing it longer I noticed there are a couple of things that could be useful but are missing, fancy music and sfx aside:

-Since you're going arcade all the way, something useful could be an indicator on the minimap that pops on locked-on or selected targets. Maybe just turning the icon to a different color (though detracting from the whole fighter jet HUD aesthetic).

-Some sort graphic cue when the High G turn is used. Fish eye lens effect? Blur? I'm sure you can come up with even better ideas.

As for questions/problems, is the cannon working fine? I'm having trouble hitting anything.