Hyperkinetic shooter designed to make your eyes bleed
Submitted by Sonoshee (@sonoshhh) — 20 hours, 45 minutes before the deadline
Add to collection 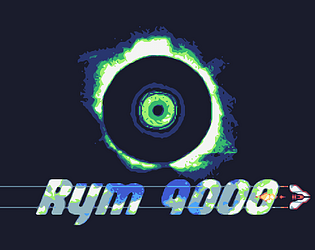 Update: I just reduced the score bubbles' size and it's much better now; the score is readable and it doesn't obscure the view. Thanks to AWK and crabowitz for pointing out this issue.

[2/2]
I agree that that the game is frustrating. That jungle/sea level in particular feels the most frustrating imo because the foreground trees and the fast-scrolling background distract the player. And it's in no way a proper introduction to the game ( Which makes me think I shouldn't have put it in the demo). But I can guarantee once you get used to the movement speed of the aircraft it's much easier to dodge enemies and target your shots to perform direct fatal hits. And by the time you play the first levels you'll understand it's better to study your shots instead of keeping constant fire like in other shmups.

(Also there is no controller support yet. I'm surprised it worked at all)

Thanks for your points AWK. I appreciate the feedback.

So about the score bubbles, yesterday I made them render beneath the playfield and changed their color a little so they're less distracting. Now that you mention it they're super big for their purpose, I'm gonna try making them smaller now and see how that turns out.

Those arrows are supposed to show where the player is when it's vulnerable to make it easier to locate. But I noticed like you said it acts against that purpose. I might end up scratching it altogether, or making the arrows smaller and semi-transparent.

The screen is too small for how big the enemies are, it's hard to dodge things even when I know they are coming, this problem is multiplied by the fact that the player ship seems slower than most of the baddies, it's faster when you're not shooting but why wouldn't you shoot? There's a dissonance between the visuals and the gameplay, while everything LOOKS fast, it plays slowly and punishes you for shooting, and it has enemy patterns that encourage safe plays. I want to feel like a badass but the game doesn't let me.

The analog stick works for moving the ship but I can't shoot. (Xbox One controller)

I love the aesthetic and the shaky visuals, but there's very little contrast between the things that matter (enemies and their bullets) and the useless things (score bubbles, background, the player itself). It lacks clarity in general, I have no idea what those aiming reticles at the corners of the screen do, are they supposed to point at the player when he gets hit? It only makes things even less clear.

I can see that you're going for that seizure feel but I think you are pumping up the visual of things that don't matter at all, the score bubbles are the worst offenders. Why are they so large? Why are they even there? You focused too much on useless visuals and forgot playability.

it gave me epilepsy

I think I probably shouldn't have put the 3rd level in the demo, or at least should have had a tutorial to explain the mechanics first. But the first 2 levels are less straining on the eye and will hopefully give a proper introduction to the game's mechanics.

Thanks for playing either ways!

Sweet Jesus, Marry and Joeseph slow down! My eyes are vomiting my brain is bleeding and I'm developing RSI from all the mashing.

I'd give more proper criticism on the game if it didn't make my physically ill. You're probobly alianating a good chunk of the audiance with how nuts everything is.

@crabowitz
You're right about the score bubbles, I'm gonna make them render behind the playfield for a better visibility.
What do you mean by "full auto" and "sensory overload"?

There is ZERO reason not to have full auto. I like the whole sensory overload, but maybe you could put the score bubbles behind the enemies, bullets, and player as to not disrupt gameplay. All the flash is nice but not when I feel the only times I get hit is because I can't see through it all. I like guxt too.