A game made for the two button game jam
Submitted by Adrieldf — 13 hours, 31 minutes before the deadline
Add to collection 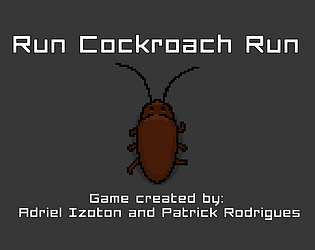 Which song(s) did you choose for the theme and how did you incorporate it/them?
We choose the song lights-out and we used it as a gameplay soundtrack.

Which parts of the game did you NOT create?
We created all the parts(sound efx, menu music, drawings, animations, scripts) except the lights-out music and the font.

It's a nice game. I like the design of the cockroach. The FOV could have been more. At this point it doesn't feel right because it's a PC game. If it was a mobile game or had a portrait screen then it would have been better. The overall game feel is a little bland. It could be improved by adding some effects like camera shake or some particle effects or animations.

Thanks for the feedback, we will keep in mind for the next projects.

Nice job. Highest score I could get was 403. As it speeds up I would love it if the camera pulled back a little allowing for more visibility. But that's because I wanted to get farther than I did :)

Thanks for the feedback. Any score above 400 is really hard to achieve. And that's a great idea, we will use it next time we make something similar. 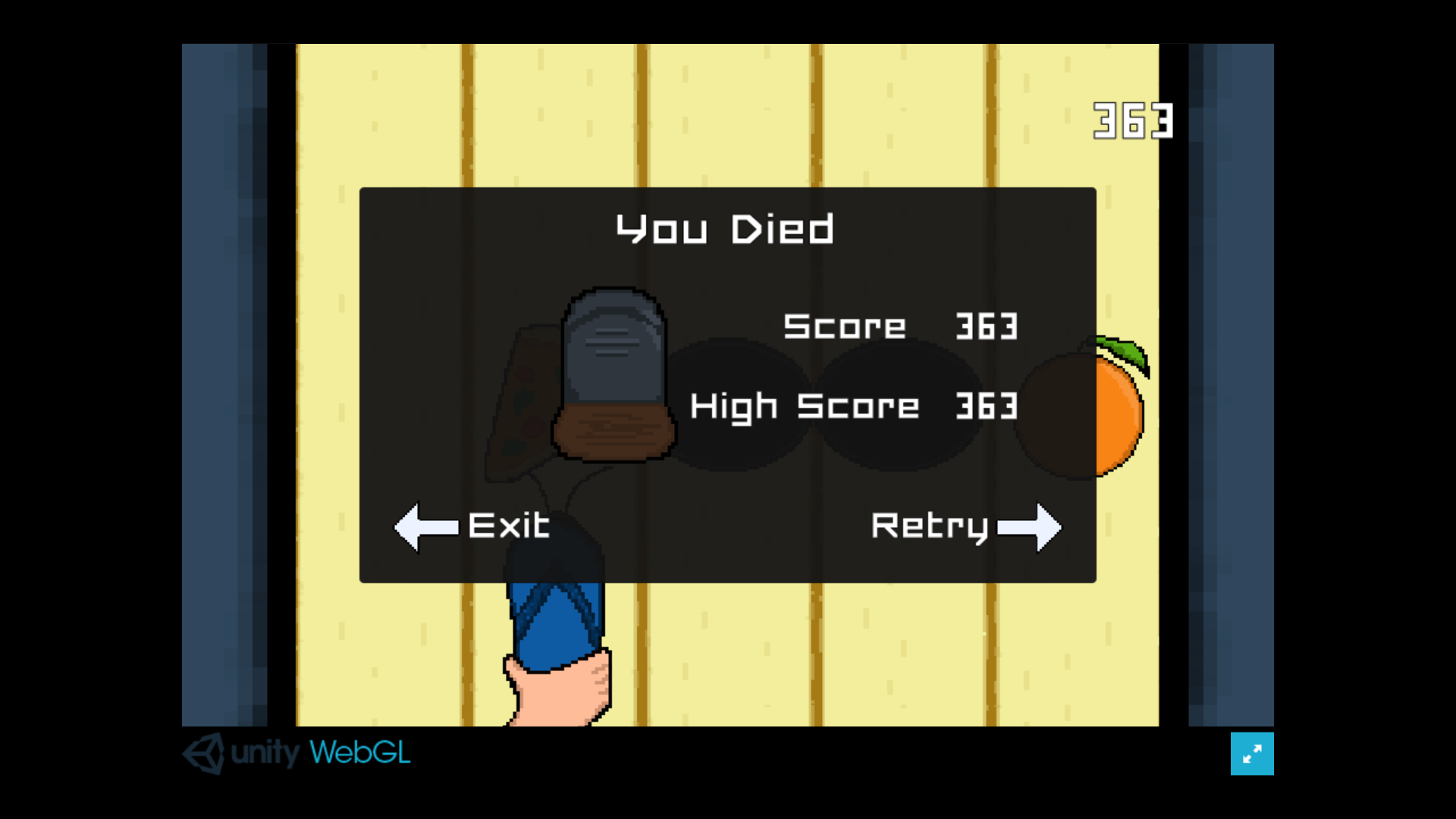 The game is not very creative. But it has been well developed and provides a gradual difficulty which is not absurd.

Thanks for the feedback. We will try to improve the creativeness in the next time.

The panic theme was well executed on! That sandal showed up and things got real serious! I literally laughed out loud at the squish sound effect XD  Nice work~!

I was very happy to read your comment! This is exactly the idea of the sandal, thanks!

The concept is not the most original but i like it the infinite runner is fun but making the player a cockroach i think is what makes this game unique. i also love the cute graphics that you made it made me keep playing this game for a while longer. The shoe also caught me offguard and gave me a good laugh.

We are glad you had fun playing the game, thanks for the feedback! 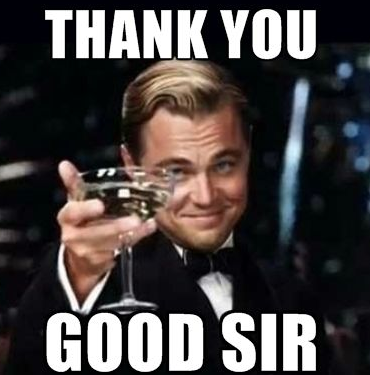