It’s not every day you see a game launch with Red and Blue versions so when I saw Can Androids Pray I was immediately intrigued. What followed was an intense narrative experience that I ended up enjoying enough to feature on itch.io Recommends. But my interest in the game didn’t stop there. I reached out to Xalavier Nelson Jr: a games writer and one of the minds behind Can Androids Pray to find out more about what went into making the game. Here’s what he said: 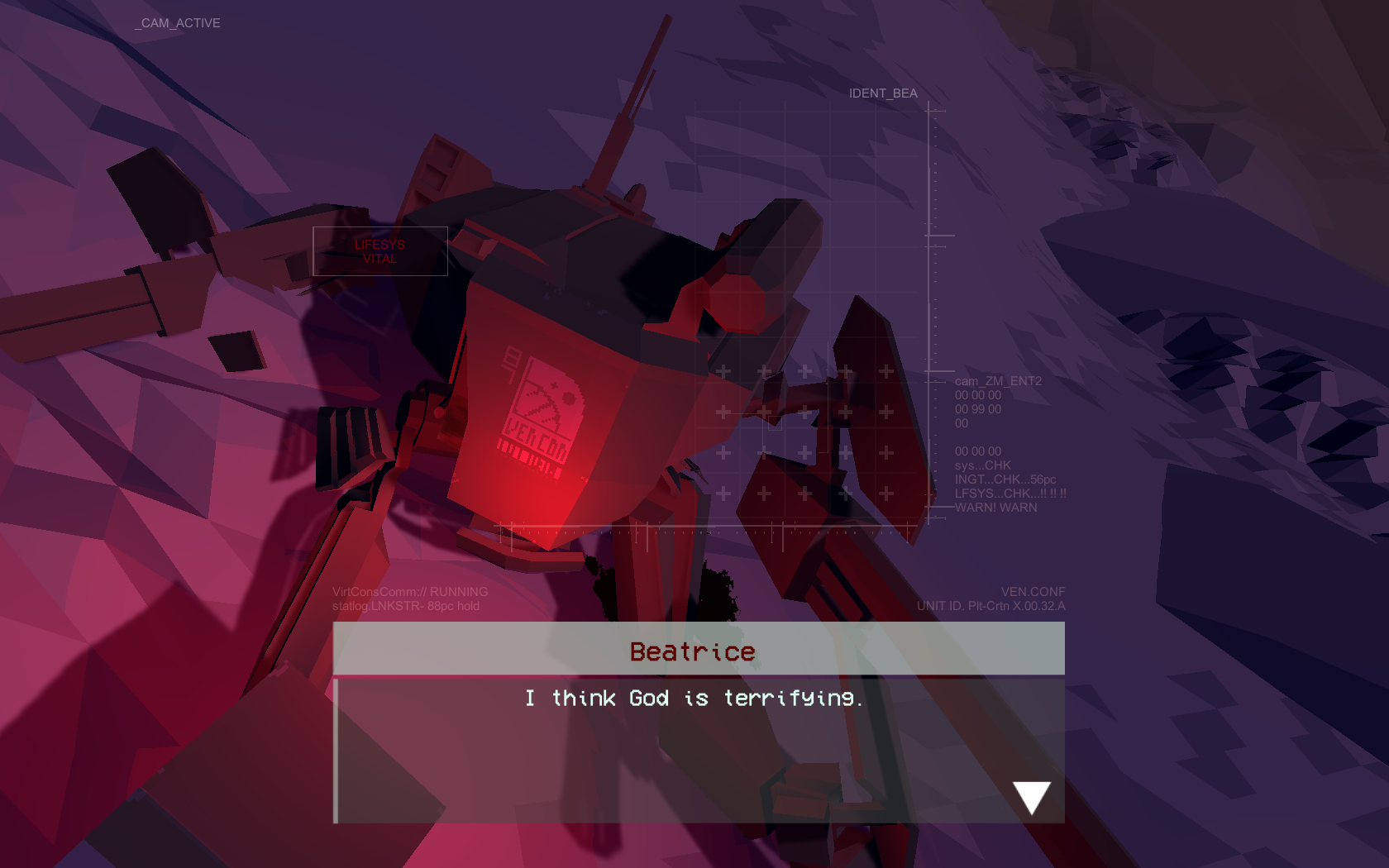 Why don’t we start with introductions. Who are you and what is Can Androids Pray?

Can Androids Pray is a shortform narrative game about two angry femme mech pilots who will die on a godforsaken planet as soon as the sun rises. It's their final conversation, directed by player choices and censored by the hypocritical military they serve.

It's been featured at showcases around the world (including the V&A Museum of Dundee, EGX Leftfield Collection, Game Developers of Color Expo, etc.), and I'm the award-nominated narrative-slash-producer guy who helped make it.

Can Androids Pray was a collaboration between you, Natalie Clayton, and Priscilla Snow. What was it like working with such a talented team?

It's going to sound cliche, but the experience of working with Natalie and Priscilla was honestly life-changing. I came up with the concept and helped bring the pieces together, but the development/art sensibilities Natalie brought to the table, and the soundscape Priscilla went above and beyond to create, are what make this game what it is. We honestly expected Can Androids Pray to quietly drown - and if it did, it still would have been worth it for me, because I got to make this game with these people. 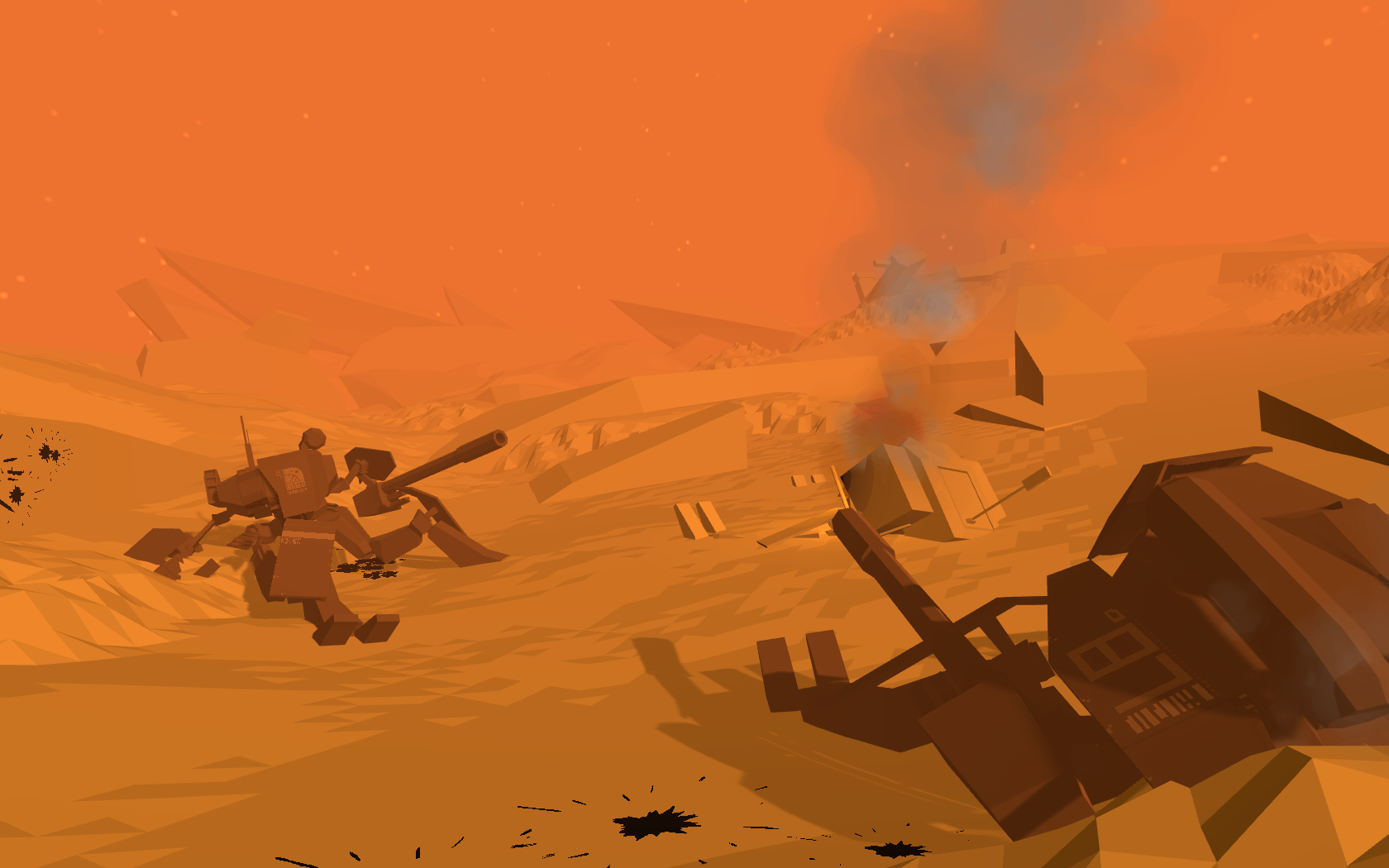 One of the most interesting things about Can Androids Pray is that it was launched with two versions, red and blue. Why did you launch two games rather than one? What could you do because of this two version system?

Me and Natalie were trying to figure out how to handle revenue sharing--which is an unexpectedly complicated prospect! Having the invisible admin drain of sending each other money every month, only hosting the game on a single itch account (which isn't fair for such a major collaboration), or making the game freeware, all have major disadvantages. That's when I realized that itch.io's bundle system provided a simple way to automatically split revenue!

We made two versions of Can Androids Pray, the only difference between them being their color palettes. Creating separate store pages and putting them into a single bundle with the same price as one copy (as well as creating a higher tier that includes Priscilla Snow's incredible soundtrack) took minimal effort, players supported everyone involved, and itch.io's bundle system automatically handled what might have been a costly revenue-split process. We also saw some interesting psychological effects in our players. The game is only about 20 minutes long. Having two separate editions encouraged folks to see their purchase as more valuable, replaying the game and make new choices. I'd use the two-version approach again in a heartbeat!

Finally, what do you want folks to know who are on the fence about picking the game(s) up?

Can Androids Pray is the only mech game brave enough to let you shout "F#CK MY GIANT METALLIC BODY" in an existential rage.

Can Androids Pray OST
It's still dark out.
ghoulnoise

Costs way too much for something that is just twenty minutes of text boxes, the same area, and two models that don't really move.

damn seere wait until you hear about books

Books can be cheaper and provide more content than this game, and with better writing.

So fuck off with the comparison to literature, because no one is selling their short story for $6.99.

Can Androids Pray OST
$5
In bundle
It's still dark out.
ghoulnoise