This post is part of day four of itch.io week. We'll be interviewing developers all week. Learn more here: https://itch.io/week 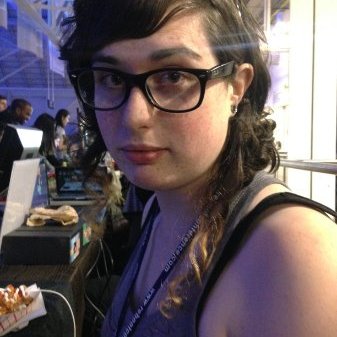 I first started at least experimenting with game development when I was 12 years old. It was a simpler time back then, there was just Game Maker and Game Maker Pro if you wanted 3D GML coding in your projects. I once made a calculator in command prompt while a friend of mine explained how C++ worked, all through the magic of MSN Messenger. My first attempt at a game was a top down narrative exploration game featuring Seto Kaiba from Yu-Gi-Oh! made with a pirated copy of Game Maker Pro. I abandoned the project to instead dedicate myself to making the perfect prototype of the duel-disk system from the show. I could make one for you in 30 minutes with cardboard, I swear.

It's hard to track down who was first when your releases are on an internationally accessible site like itch but I can think of some.

When What Now was first released in its early form, it picked up the interest of Indiegames.com. It was amazing to have press care about my first independent release. Jason was writing an article for the site but wanted to understand What Now better and where it came from. What was to be a freebie-of-the-week article turned into an in-depth interview, 10/10 couldn't have gone better.

I've shown many of my releases at public venues in Toronto, and I always get interesting responses. They vary from 'huh's to silent wide eyed stares for minutes afterwards to even crying. The weirdest one was at a Halloween party where somebody would not stop playing Bleeding until they got the most pain and anguish points. The whole score aspect at the end of the game was supposed to create a sort of apathetic response in the user but it motivated this person.

What are you talking about, itch was always with us. Itch is eternal.

Itch.io was here before the sun and will exist far after the suns final flares.

Here is a list of great things: support for gifs in game banners, the payout system, flexibility in bundles and sales, customization of user pages as well as game pages, seriously that customization is important, community board pages for games.

Every feature is my favourite feature but those are some that I especially appreciate. Content has the capacity to really shine on itch.io where it doesn't on other platforms.

Hands down it would be a reimagining of Stacking, but everybody is some type of onion that can be peeled. Inside each of their layers are little hidden secrets they wish they could tell the world.

The last game I played was Jenga Donkey Kong Edition, the most hardcore game I have ever played in my life.

I am the Jenga champion of Gamma Space, I never back down from a fierce game of Jenga.

The Eldritch Teller is Arielle's latest game that explores divination as an original televisual occult interactive .

Interactive works inherently create a bridge between the creator and the user. Eliciting an emotional response in the user is easier in interactive works due to the sensation that the user themselves were involved with making that emotion happen. Creating an interactive about trauma, chronic pain, or mental health and sharing it will allow users of said interactive heal or grow. If somebody has experienced similar issues themselves, then they can revisit from an external source which can help them understand their experiences better and heal. If somebody has not experienced similar issues then they have the opportunity to experience a form of something they have not, and to understand better others with those experiences.

I love your alias name Slimekat and the graphic. Where does the name and image come from?

First thing's first, I'm always thinking about updating the graphic so don't get too attached to it! It's simple really. I used to feel pretty monstrous, used to feel like a freak. A lot of girls that feel that way are pretty into monster girls, like werewolves, slimegirls etc. I really love animals, my mother has a lot cats. Too many cats. It's a combination of those two things and it's a little morbid with the dripping cat skull but also it's awesome as hell. I love team mascots, if you're Team Slimekat then your mascot is an undead slime dripping cat.

You've changed everything. Like actually changed peoples lives, given so many of us a home, given us opportunity.

Itch.io and every single creator on Itch.io, is important.