This post is part of day four of itch.io week. We'll be interviewing developers all week. Learn more here: https://itch.io/week

Mushbuh is making something cool called Burrito Galaxy 65. Check it out! 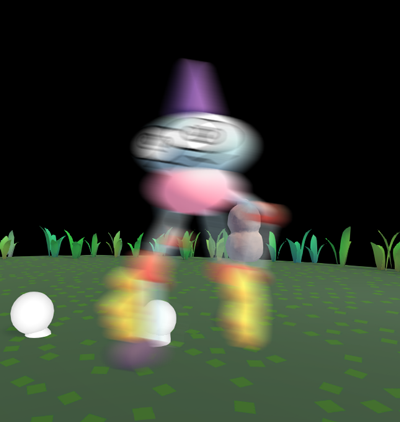 When I was 8 I created my own mind game where I am the best and most powerful boy. I can travel at near sonic speeds and defeat any enemy, all within my mind. Years of rendering complex high poly scenes in my brain has made me a 3d genius. I am level 46 and have collected 6/7 of the elemental stones.

Mason KF and I have also spend years creating CUSTOM yugioh cards in school. Yugioh cards specifically because they don't have rounded corners so they are cooler. We have special in-house PSP homebrew for creating new cards now, though.

Taquito tower blew up for some reason, I think people were drawn to how stupid it was. We had a lot of youtubers play it. I was mainly happy to see younger kids point webcams at their laptop and try to act like markiplier, but not too loud so they didn't bug their parents.

While it was cool to see it get a lot of attention on places like youtube, it also confirmed our feeling that the game needed more substance. There wasn't anything super interesting behind the game itself and it needed to be more than just a game someone wanted to let's play.

Though, on the other hand it is stressful as well.I feel really out of place at gaming events afterparties and “developer meetups." No one understands my lifestyle and I am ridiculed for wearing my duel disk. I am a horrible shut in, afraid of going outside, please do not look at me or I'll die.

We are able to counter this by being pretty active online and talking one on one with people about our game if they have questions. I think this is part of what propelled us to make the newsletter, as a direct source of new game info.

I think we heard of it from the ludum dare explorer, and other people using it to upload their ludum dare games. We got tired of hosting stuff on our websites because it was such a pain to update/change them. If anything convinced us at first it was probably the fact that it was free, haha. But now that we have kind of drifted away from game jams, and the types of games that often win them, we still all appreciate how easy itch.io is and how nice all the staff is, especially because they let us use a really long url for our page.

I like the page customization, as well as the basic ability for so many people to just make money doing things they like. I'm happy people we know have made a living off of selling their games, and that itch.io played a big part of that. I think there are a group of developers who find it hard to ask for, or dont know how to make money from their games. itch.io having the default “support this game" might push them in the right direction that its OK to make money off of hard work, even if it's a game. Then again you have other developers who just want to make money…

I think that we could do a really good take on Pixel's game Cave Story. I'm imagining that it would make a really good isometric voxel based game, for iOS.

I think if we had to pick a game, it would be Art Dink's “Tail of the Sun." Playing the game without instructions of previous knowledge makes for a really fun and exciting time. While it might not have been designed to be played that way, it totally makes it better.

There are a lot of early PS1 games that are really interesting to us. At the time lots of studios could be more adventurous, and make games that might not sell as well because burning disks was a lot cheaper than making cartridges. I think that we are kind of on the second wave of that with platforms like itch.io, where some developers aren't hiding behind whats proven to be “safe" and instead of pumping out nuclear throne, undertale or cavestory clones are making all kinds of cool things (for the most part).

I think we could also do a good job designing a new set of yugioh cards.

Mason and I play a lot of Rust too. Rust is a good way to gain mailing list subscribers for your game. We trap players in little houses and let them out only after they have signed up.

It's been 2 years since you uploaded the first build of Burrito Galaxy (TAQUITO TOWER: THE BURRITO GALAXY BEAN SAGA 30X6) and the game has changed quite a bit since. What are the pros and cons to releasing an early version of your game to the public and how do you think that's helped development?

I think a lot of people assume that Taquito Tower was released as sort of like a “beta" of burrito galaxy, which isn't the case. It's meant to be a stand alone game and feel like something you would get on a CD rom from taco bell. Obviously the newer game takes place in the same universe though, and the taquito tower itself will hopefully show up in Burrito Galaxy 65. In the past two years we have learned a lot, both in terms of game design and style.

Either way though, it's helped us a lot. Views of the itch.io page fueled the greenlight voters to get our game on steam (haha im talking about steam on your website!!), and we even got to show the game at GDC. We learned that indie game booths are really expensive, and don't really help that much. So we avoided wasting a ton of money to promote a game that wasn't closed to being finished.

If you make games, be careful of everyone that wants to try to help you!

Burrito Galaxy has some real style that bleeds through in everything about the game from the music to the typography right down to the newsletter you send out. What kind of things do you do to help unify all the moving parts of a game to feel like a unique and cohesive style?

Honestly I don't know. I think a key part of this is that whenever we communicate we usually know exactly what the other one is thinking with little explanation (as well as how to make it better). You could say we have “the heart of the cards." A lot of our ideas are from dreams. Our development team is like a scared dugtrio that never surfaces above the earth.

I've been trapped in a well the past few weeks and no one has helped me out. Everyone is repulsed by my appearance and refuses to lend a hand so I can get out of this hole. Please sign up for our mailing list at www.burritogalaxy.com.

this was a cool interview