This week is one of those times where I feel like three recommendations just aren’t enough. With so many good games coming out it’s hard not to sit here and write up every project launched on the site. Sadly, I only have so many hours in the day so we’ll have to draw the line somewhere. Here are some of our favorites this week. 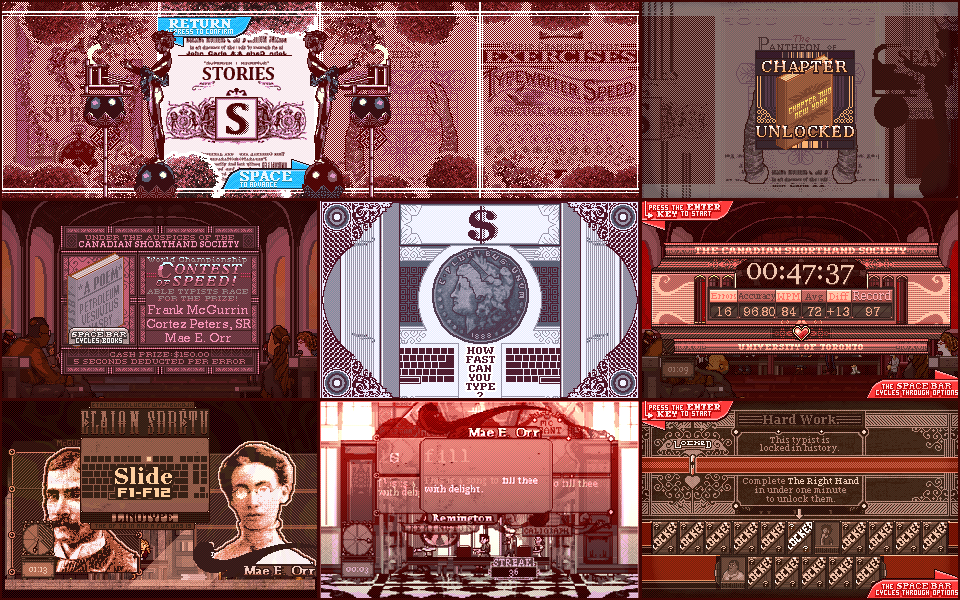 When I saw Type Dreams had released on itch.io this week I freaked out and messaged everyone I knew. Friends, group chats, everyone got to know about how excited I was for the return of Richard Hofmeier. After 8 years, the Cart Life developer had broken cover to surprise-launch a game about typewriters.

There was a time in which I waited breathlessly for the next Hofmeier project, but as the weeks blended into years I started to give up hope. You can imagine my surprise when one morning I saw that Type Dreams had launched. Moving away from Hofmeier’s food cart themed predecessor, Type Dreams is the story of a world in which typewriters are the hottest thing around and competition has emerged around them. Yeah, it’s weird. There are a cast of colorful characters and some weird unlocks to give you a sense of progression, but the meat and potatoes of the game is about typing quickly and accurately.

Type Dreams is a bonkers look at something we all do every day, while throwing it headfirst through the lens of the late 19th century.

Escape Chasm is about a girl who lives alone while her parents are out of town, and the effect that’s had on her psyche. She dreams of magical worlds where she’s better off than she is in her waking life, but things start to bleed through into her reality. It’s sort of like Yume Nikki if it were sad rather than creepy. You’re not in for a long experience, I was done in about half an hour, but it’s interesting and totally worth your time. Temmie is really up-front on the game’s page about how this is her first RPG Maker game, and I’m excited to follow her journey and see how she grows as a game developer. 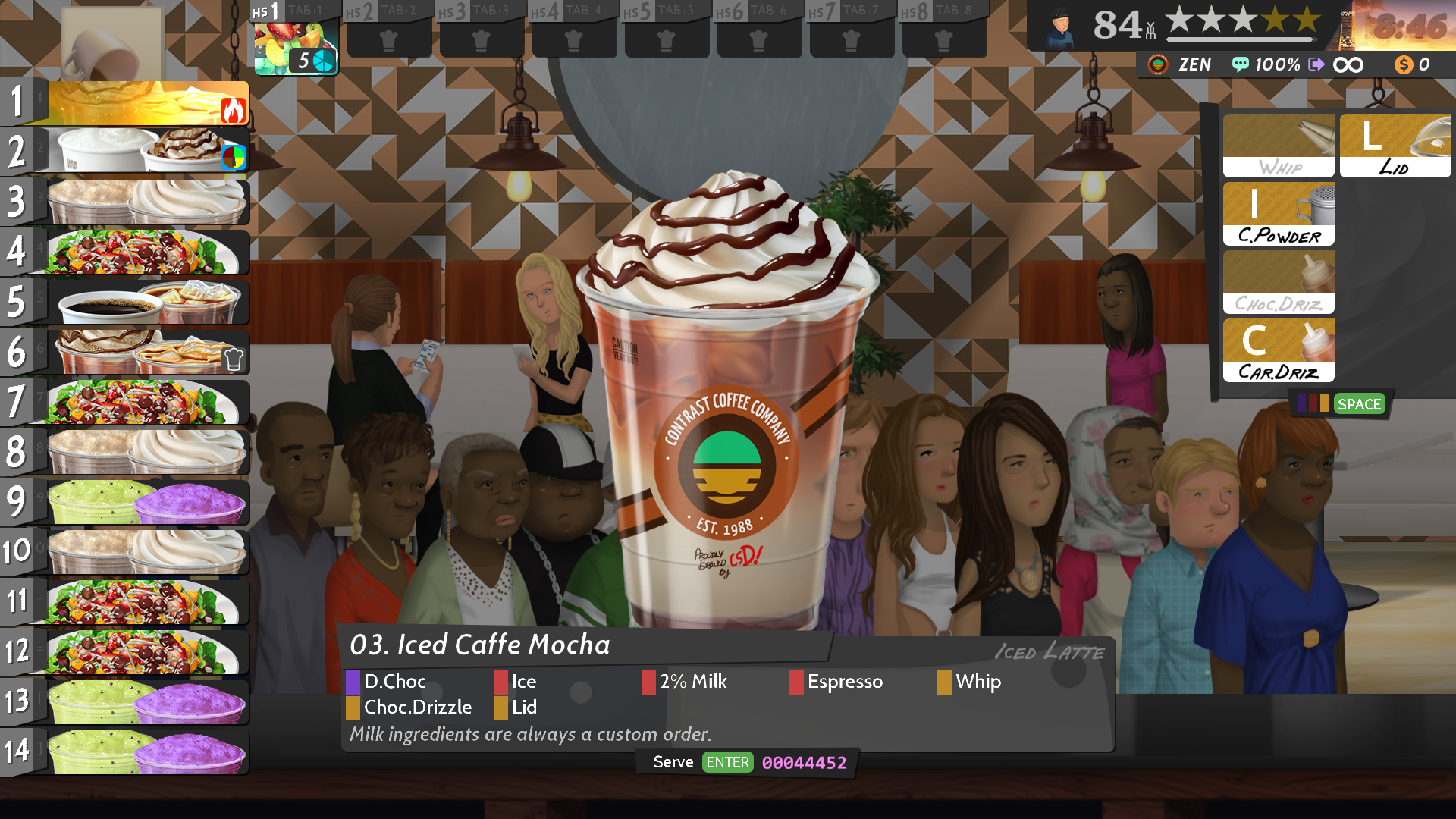 If you’re as bad at cooking as I am, it’s always a manic dash to save the food from yourself. Cook, Serve, Delicious! Knows this drama and blows it up to a wider scale. What if an entire restaurant was staffed exclusively by fat-fingered klutzes? CSD lets me live out my dream of running a restaurant while keeping me grounded. Do I know how to make a rack of ribs from scratch? Certainly not, but with enough finger dexterity I can pretend that I do for a few minutes.

Luckily for all of us, CSD2 has a full suite of difficulty modes that range from Stress Mode which drops you in at max-speed to Zen Mode which does the opposite. I enjoyed the original Cook Serve Delicious and am excited to juggle way too many orders in its sequel.

"With so many good games coming out it’s hard not to sit here and write up every project launched on the site." That just means you'll have more to write about next week!

So psyched to see CSD2 on here. The original has stolen hours and hours of our lives!

Type Dreams
"To save time is to lengthen life."
ʜυʜ
Escaped Chasm
​A small little RPGmaker game about a lonely girl with a connection to another world that she sees in her dreams.
temmie
Role Playing
Cook, Serve, Delicious! 2!!
$12.99
The highest selling and most intense restaurant sim ever made is back!
chubigans
Action