Didn’t you see the post on Tuesday? There are game jams happening RIGHT NOW! Ok, ok, game jams aren’t for everyone so here are some games! Everyone likes games, right? This week we have a pair of games that are instant classics and I’m honestly excited to talk about them. Let’s dive into the picks.

Here’s the deal gang: I hate Faith Chapter 2. To be clear, it’s a brilliantly made game with tight pacing, deceptively evocative art, and shows a deep understanding of flow-- but it’s also horrifying and scared me more than I’d like. None of this should surprise fans of the original Faith, but if you’re new to the series I highly recommend keeping the lights on and leaving the headphones on the desk.

As a series, Faith harkens back to the satanic panic of the 80s in both theme and presentation. You play as a priest dealing with an obviously The Exorcist-inspired possession through visuals and mechanics that wouldn’t be out of place on the Commodore 64. From there the game spins into a tense crawl that behaves like The Legend of Zelda if it were designed by a sadist who wanted nothing more than to make people uncomfortable. I can’t in good conscience recommend this game to anyone who hasn’t steeled themselves before booting it, but I also think Faith Chapter 2 is a game that somehow tops its already brilliant predecessor. 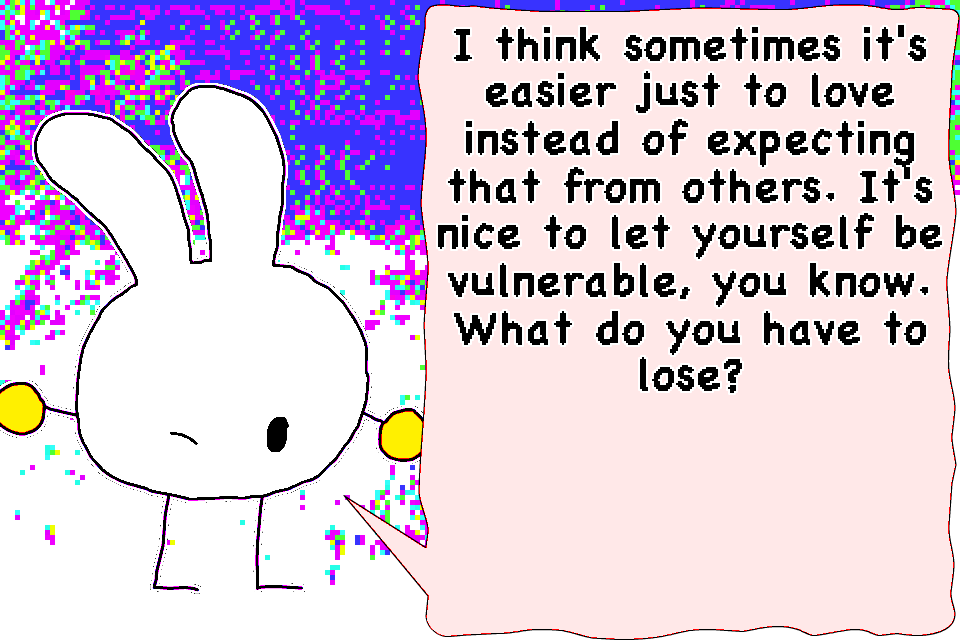 I’ve been very clear that I think Nathalie Lawhead is brilliant. I think she’s one of the sharpest voices working in games right now and I’m continually surprised each and every time she releases a new game. This time she’s created a virtual pet with an expiration date. If you’re anything like me and spent weeks raising a tamagotchi only for it to poop itself to death overnight. This isn’t like that. As the title might imply, RUNONCE is a game designed to… run once. After you close the game for the first time it won’t open again, ever.

This mortality is reflected in game as the virtual pet you’re raising knows it will die and opines about it frequently. I never thought I’d say this, but I got choked up multiple times because of a virtual pet. To drive the point home even further, you’re left with some momentos after you’ve closed the game to remember your pet by. It’s a small but potentially emotionally devastating touch.

I do have to mention the circumstances that this game was released under. Initially Lawhead developed this game as a part of a GDC party/exhibit, but for reasons the developer details on the game’s page, she decided not to be part of the event. While RUNONCE is free, I’d like to remind folks that you are able to donate to the developer on the game’s page if it spoke to you.

FAITH: Chapter II
$1
A pixel horror game inspired by the era of 8-bit classic gaming and the "Satanic Scare" of the 1980s.
Airdorf
Adventure
GIF
RUNONCE (remember_me)
An existential desktop friend that knows they are doomed if you run them.
alienmelon