Yes this list of recommendations is late. I know, I know, I’m sorry. Look PAX happened, and then there was a holiday. I understand that you’re disappointed in me, but don’t worry it won’t happen again. (Let’s be real it probably will). As an apology please accept what may be the strongest group of games we’ve ever featured as weekly recommendations. What makes these games so good? Read on to find out.

Aether Interactive rules. We’re not shy about saying that and fans of the blog will probably remember the name from the roughly 6000 times we’ve featured them here but let’s make it 6001 with Sol Hemochroma. The set up is familiar: You’re a teen in the 80s but some of your classmates have gone missing or turned up drained of all of their blood. Where Sol Hemochroma comes into its own isn’t its premise but the humanity of its characters.

At this point you’re probably pretty familiar with the tone of 80s period pieces, but Sol Hemochroma skips all of the world building that you’d expect and cuts straight to some genuinely likable characters. As you would expect from an Aether Interactive game, the writing is top notch and the art is striking (shoutouts to Helen’s preposterously large jacket) but special praise should go to Sarah Manusco’s soundtrack which is downright fantastic. Throughout the game’s fairly quick playtime the soundtrack follows you with dreamy post-rock guitar riffs that put me into a nostalgic mood for a small town I never lived in. Strangely enough, Sol Hemochroma is available at the pay what you want pricepoint which means I can’t imagine anyone I wouldn’t recommend this game to. 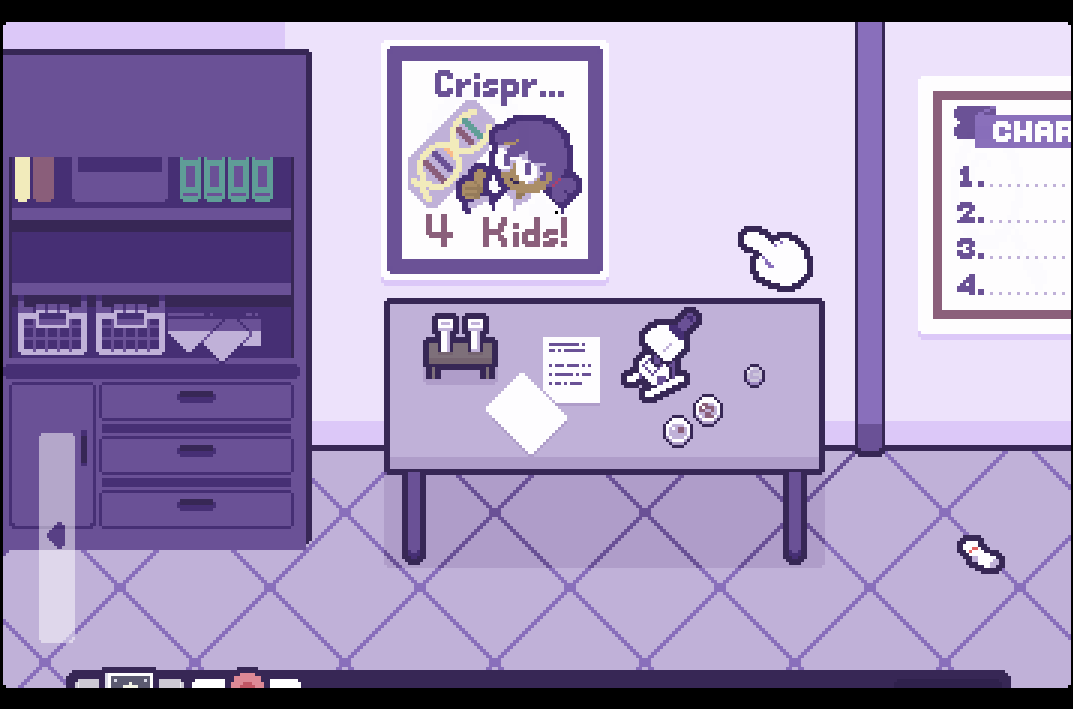 Alright gang, get your serious detective hats on because we’re going into the crime ridden streets of Sunnyside Elementary school. This may sound like a joke, but P.E. Noire is a game that takes itself very, very seriously. You’re the focus of a hardboiled noir story, cleaning up crime as Sunnyside’s fiercest little hall monitor and taking down corruption along the way and the writing all reflects that. The game never breaks its tone and continues to drop over the top noir dialogue like, “My hollow, sunken eyes are barely visible under my bucket hat. Being a hall monitor has changed me” when you examine a mirror and honestly it’s hard not to forget that this is a game about an elementary school student. Fortunately once you do remember where you are you’ve got no choice but to laugh out loud.

P.E. Noire is a wild trip, and I genuinely hope this jam game gets spun out into a full release. At this point the only warning I can provide you is to try not to fall in love with P.E. Noire because you’re only going to want more.

Simmiland is Sokpop’s take on the god game, with a unique card based twist. The usual god game trappings are present: maintaining a group of followers, building a small society, watching it all come crashing down, but Simmiland takes this and commodifies your followers’ faith into currency to spend on playing the cards in your hand. This twist makes the game more replayable than other entries in the genre when the apocalypse comes at the bottom of your deck. Simmiland is available now.