This post is part of day two of itch.io week. We'll be interviewing developers all week. Learn more here: https://itch.io/week 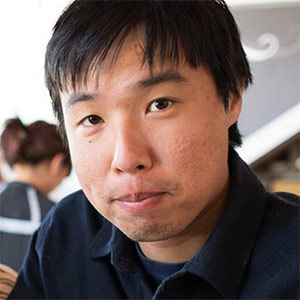 Robert Yang is an indie game developer, academic, and writer, based in New York City. He frequently teaches game developer and design at the NYU Game Center and MFADT at Parsons the New School for Design.

I was making mods when I was 13. The first game I remember making was a custom Starcraft "UMS" map -- UMS meaning "Use Map Settings", it meant the game would load pre-placed units and map logic, so that you could make your own scenarios and game variants. It was actually a very influential design community, that's basically where the Tower Defense and MOBA genres came from.

After Starcraft, I got into making Counter-Strike maps for my friends. I still think that's one of the best ways to get into game development -- just make small things for yourself, for your friends and family. Friends won't hold back praise or criticism. Sometimes they'll make you change the game right on the spot. In general, I believe that most of game making is about reading people, to try to imagine the difference between what people think and what people say, and I think this "soft skill" gets neglected, in favor of "hard skills" like programming.

I think I used itch for a game jam, and then I sort of just liked the whole philosophy and setup, and never really left. It's a nice racket you've got going, here!

As someone who makes a lot of games with sexual content, I appreciate itch letting me flag my content as "NSFW" and not banning from the service. This is currently not the case for most other storefronts (especially in games), which will deny entry or later decide to ban your game unless you censor according to their demands. Itch is currently the most open storefront on the internet, and for that, I'm grateful.

In general, the pricing options and payout model in itch is probably among the most enlightened and creator-friendly in the world. If you rely on your sales to eat or pay rent, the ability to initiate a payout on itch is fantastic, versus hunkering down and praying for a check someday. Oh, and I'm especially a big fan of the sales percentage slider, where makers can set what percentage of their sales go back to itch, and support itch according to their ability to do so. I like how itch suggests 10% to the storefront, which seems reasonable... The "industry standard" (Steam, Apple) of 30% to the storefront is absurd, and the Steam workshop "standard" of 75% to Valve is utterly obscene. I hope more people learn about how predatory these rates are, and consciously try to pay more directly to creators.

I'm a big fan of Pippin Barr's "GAME IDEA" tweets, and I've been threatening to actually prototype some of them. Maybe that should be an itch game jam?...

I just finished playing Witcher 3, mostly for research. The map / quest UI in that game is horrible, and the whole game is just way too big and way too long. After I finish some of these gay sex games, I think I'm going to go back to working on my open world game project. AAA games in general are just too bloated with stuff. Why can't I play a 5 hour open world game, why does it have to be 30-100+ hours? That's why I'm grateful for a place like itch -- it's a place where smaller shorter games can live. I want to make games that respect time, and do not merely waste it.

You've created a completely new style with your games. What were some of the challenges in trailblazing a new genre?

I wouldn't say it's completely new -- I take a lot of material from history, film, music, and pop culture. My games and imagery are "new" only within the context of video games, which is not hard. Like, just go to any museum and look at any painting, or read a book, and chances are that there is still no video game equivalent of that subject matter. The main challenge is in adapting this stuff to the very conservative, very constrictive traditions of how video games are expected to work. It has to be understood within the frame of existing games, because that's the audience, and there's no escaping that. These constraints certainly help foster creativity, but sometimes they're also really annoying and, frankly, embarrassing.

What tips would you give to other developers trying to build an audience around new types of games?

My favorite piece of advice is from another designer, Daniel Benmergui -- make work that make you (the creator) feel emotionally vulnerable. When you release something, it should feel like someone else could witness your work and understand too much about you, more than you intend to give. In reality, only 1% of that vulnerability will actually come through, if you're lucky. But that 1% already contains 1000% more personality and sincerity than most other games. So make what you want to make, be brave enough to be sincere. But at the same time, understand that no one owes you their attention. I've made plenty of stuff that very few people have even looked at, and I've learned that you have to be satisfied with that. Because in the end, view counts and numbers of downloads don't really mean anything, they're just numbers.