Games of the Month: Dreams, Time Travel, and Cyber Gods

The calendar may show a new year, but we’re up to our usual tricks at itch.io HQ. We took a break for the holiday season but we’re looking at some of our favorite games that have launched in the last couple of months. Treat yourself to some of the following great games:

It’s pretty common to see developers make games out of their everyday experiences. It’s less common to see a developer literally translate their dreams into game form. The aptly named Dreamdisc does exactly this.

Half exploration of surreal locales and the other a window into a developer’s thought process Dreamdisc is hard to pin down. On one had it’s a self-directed walking sim, but it’s also weird and unsettling in a really unique way. Even in my own dreams there’s this weird sense of being untethered from reality-- that I’m somewhere without the rules I’m familiar with. Dreamdisc does a good job of replicating this sense of unease in a way that really shows how great developer Papercookies is at creating a game with texture.

If you’re curious to learn about how to translate dreamscapes to games, or are just trying to go on a little vacation into someone’s mind check out Dreamdisc.

Interview with the Whisperer

As much as I love dialogue-based games, there’s always this sense that it’s an imperfect solution. We’ve gotten pretty good as a whole, but there are limits to picking dialogue options out of a menu rather than using the whole of the English language to talk to characters. Someone at Deconstructeam must agree with me because Interview With the Whisperer tries to solve this problem.

The setup for Interview is pretty normal: you’ve got a mystery to solve and there’s an NPC with all the answers. What makes Interview different is that the dialogue is done using chatbot tech so you can type in whatever you want and the game will try to understand it. I’d be lying if I said that it works perfectly, but as a test run this shows what could end up as a powerful tool for game developers. As is the case with Deconstructeam games, the pixel art is crisp and the story is intriguing enough to keep me invested throughout the duration.

I’d love to see Interview spun out into a larger game (or series!) but what we’ve got here is certainly worth your time and the (free) price of admission. 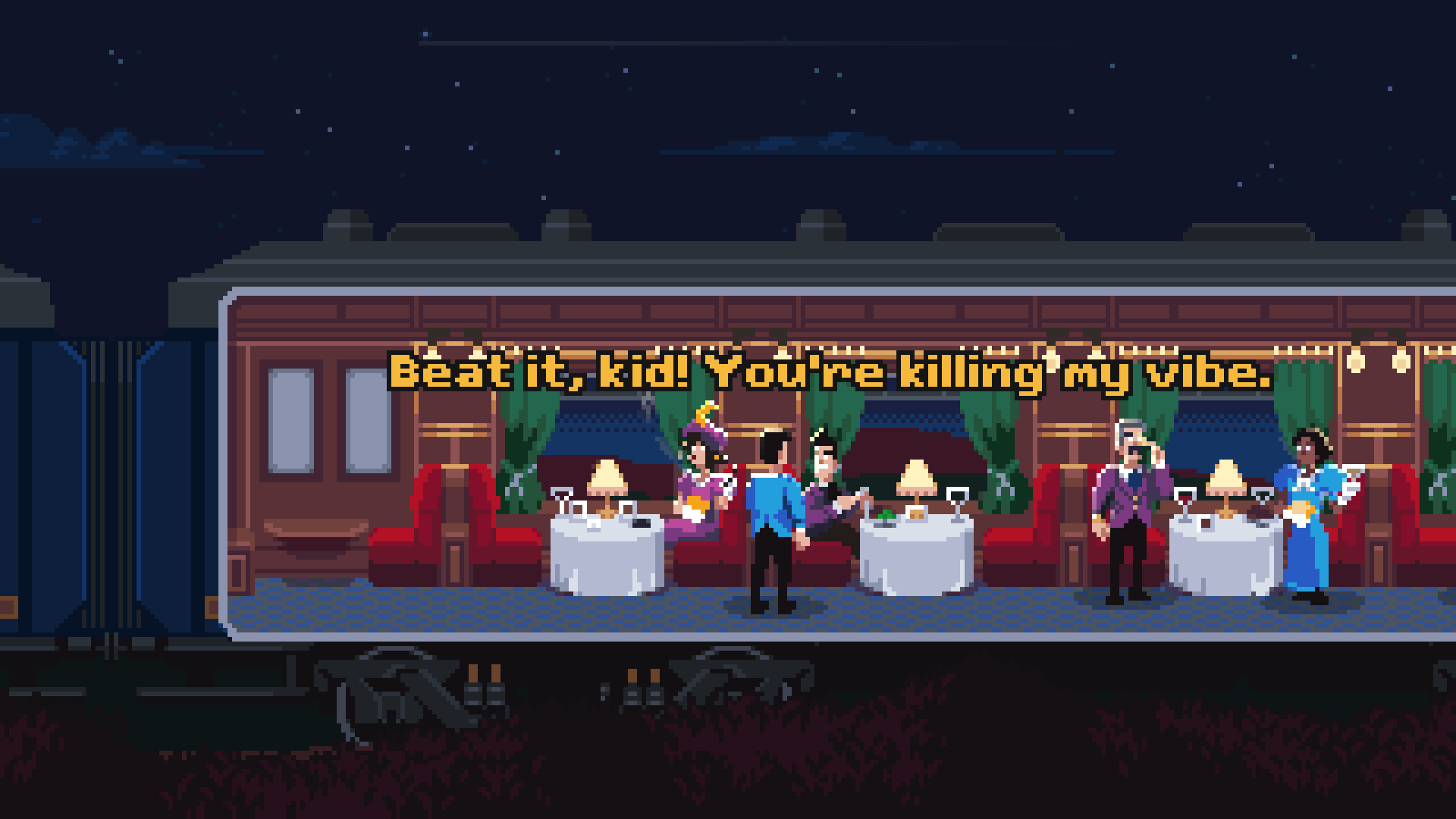 Continuing our trend of games with incredible pixel art is Loco Motive, a shockingly funny take on murder mysteries. The setup here is familiar (it’s basically ripped from Murder on the Orient Express) but you’re an investigative-minded eccentric who happens to be traveling on a train where a murder occurs. Gasp! But where Loco Motive crafts its identity is through classic point and click mechanics and comedic sensibilities. If you’ve ever played something like Secret of Monkey Island you’re going to feel right at home here.

To compound what makes Loco Motive so impressive is the fact that it was made in just two weeks. The usual hallmarks of being a jam game are here, Loco Motive is short and there are reports of bugs in the comments, but all-in-all this feels like a short slice of what could easily be a commercially released game.

I’m a sucker for time travel. I don’t know what it is but as soon as characters start hopping around between timelines I get sucked in. So when I saw that our perennial favorites Sokpop dipped their toes in the time travel mystery water I knew I was in for a good time.

You’re on an island populated by cute talking animals that is threatened by the imminent eruption of the island’s volcano. In order to prevent this calamity you’ve got to travel around the island and solve puzzles with the game’s quirky cast of characters. It feels like a different take on Minit’s design sensibilities but this is in no way a bad thing. The world of Pocket Watch is charming and there are small moments of delight around every corner.

To make the deal even sweeter, Pocket Watch has a 3+ hour runtime. This feels like Sokpop’s most polished game, and it’s one I’d happily recommend to just about anyone. 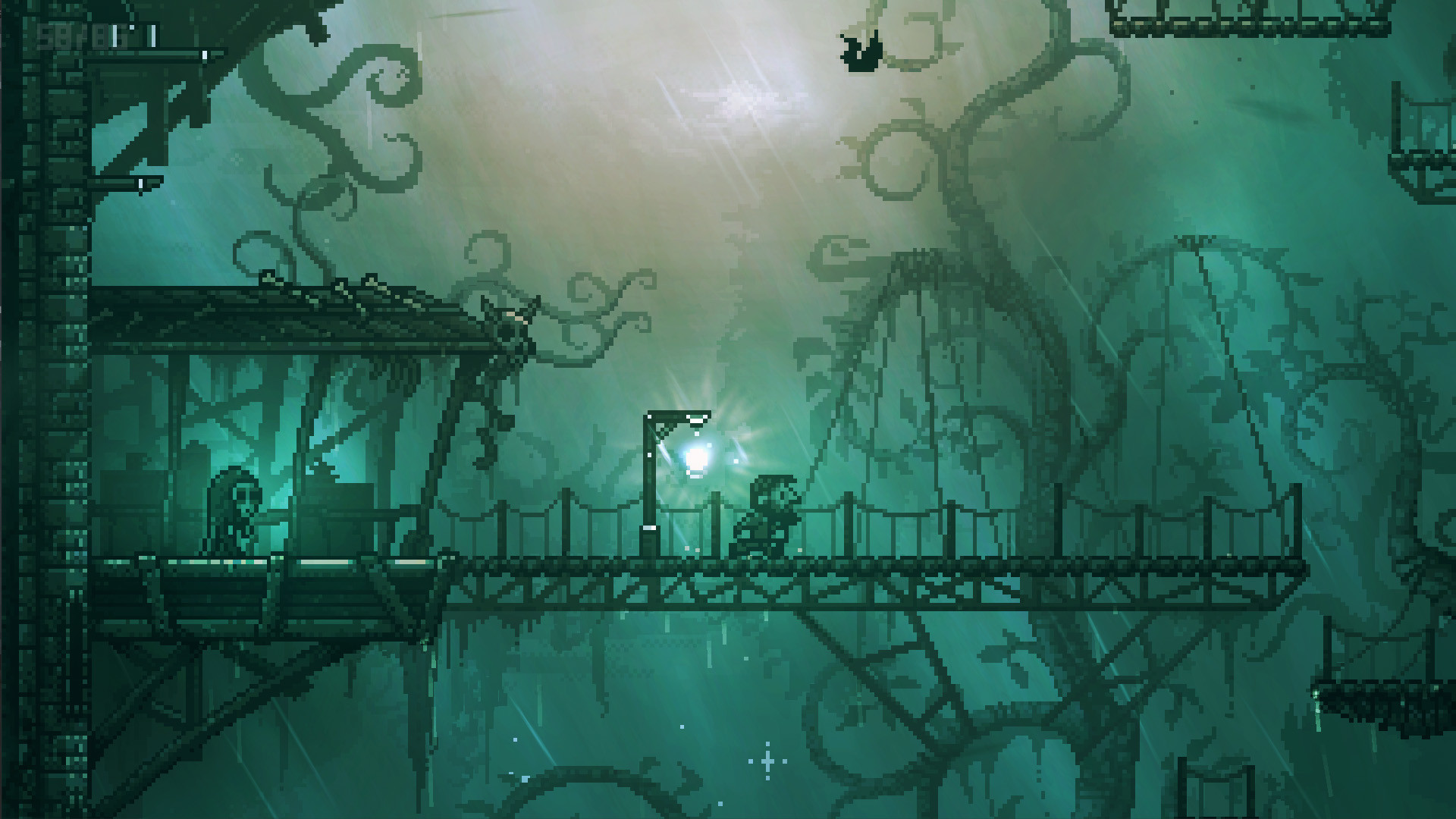 I’ve been playing games for over 20 years at this point so sometimes it feels like I’ve seen it all, then sometimes games like Inmost come out and bring me back to reality. Describing Inmost clinically is to call it a platformer with pixel graphics, but this misses the entirety of what makes Inmost so good. Sure it’s a platformer, but it’s also a game that prizes setting and atmosphere above anything else. You take the role of three different characters and explore both the world and the lives of those guiding you through it. It's a pretty normal set up but it serves as a great conduit for figuring out just what’s going on in this beautiful and intriguing world.

What have you been playing? Let us know in the comments below!

GIF
DREAMDISC
dream emulator based on 5 of my dreams
papercookies
Adventure
GIF
Interview with the Whisperer
Interview an old man who claims he's built a radio that allows him to speak to god.
Deconstructeam
GIF
Loco Motive (Game Jam)
A short adventure, made in 2 weeks for AdvXJam.
Robust Games
Adventure
Pocket Watch
$3
In bundle
a time-traveling adventure game 🌴⛱️​​
Sokpop Collective
Adventure
INMOST
$14.99
Escape the depths of an otherworldly labyrinth in this cinematic puzzle platformer.
Chucklefish Games
Adventure