Need even more Ludum Dare? Here are more picks from the competition!

With over 1000 games developed as a part of Ludum Dare 45, it’s more than a little tough to sort through all of them. Last week we highlighted a couple of our favorites but I took a look through more of the entries and found a few more that deserve your attention. 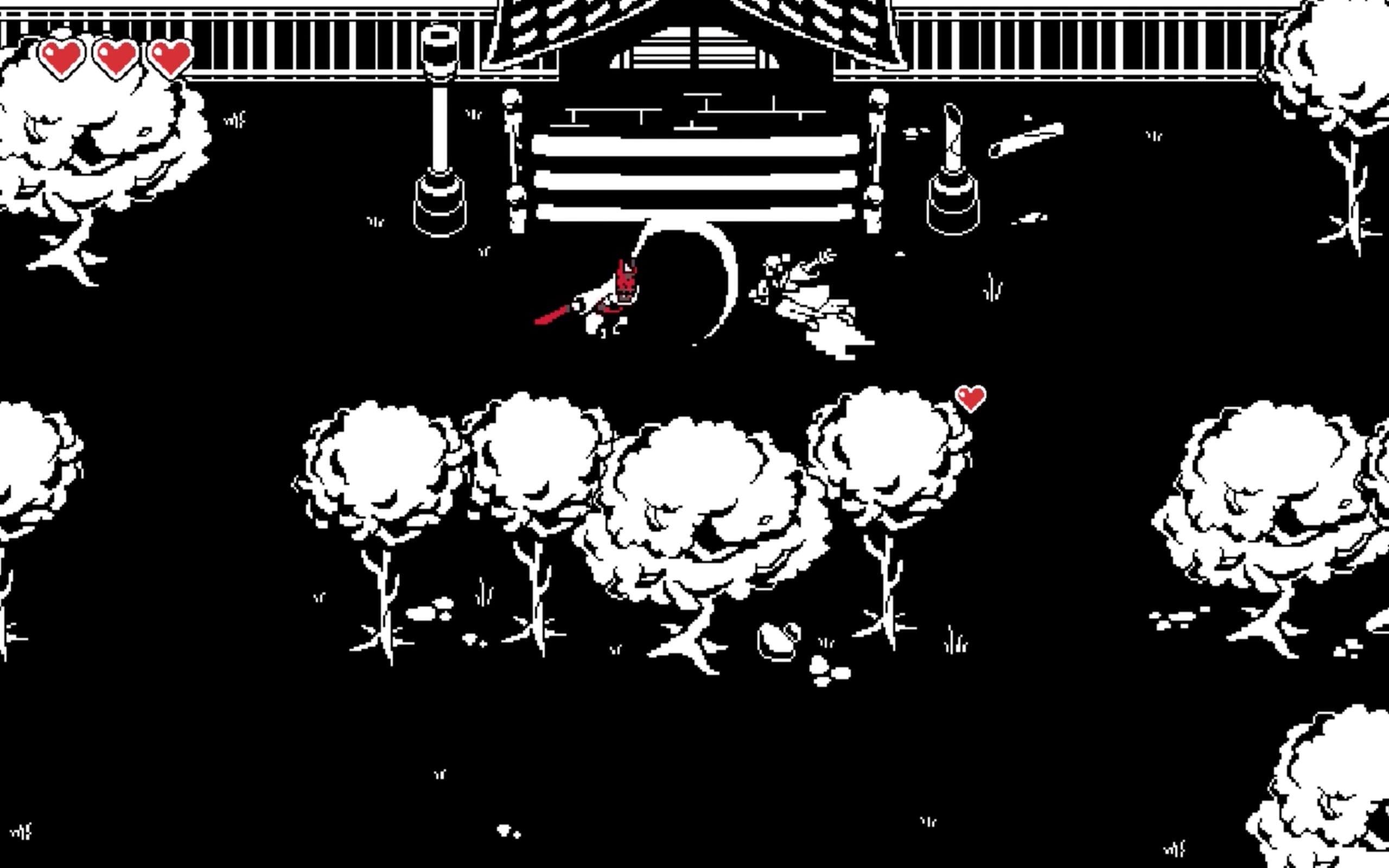 I’m a sucker for games with mostly 1-bit aesthetics that are broken up only with brief flashes of color. I’m also a sucker for counter-based combat which means that I was a prime target for Bloodless’ samurai antics. Ostensibly taking place in feudal Japan where a samurai has abandoned his master (Bloodless’ plot gets out of the way with remarkable speed) you’ve somehow lost your sword but not your desire to shame your former samurai comrades. How will you rectify this lack of tools and desire for contempt? With counter-based dashing into attacks to disarm your opponents! It’s a really simple setup, but it’s one I enjoyed working my way through.

When Bloodless is at its best, it’s almost a rhythm game of baiting and punishing your enemies’ attacks. Dashing from one enemy to the next is made a little more complicated by changing terrain and the addition of different enemies with new attack patterns but the core of the game is always simple: movement on one hand and a single input to dash on the other. I can’t speak to how the team behind Bloodless managed their time during the jam itself but everything about Bloodless feels like smart choices to keep the game interesting but never falling into the realm of feature-creep. This is a game with one core idea which the developers wrung all the possibility of. If nothing else I’m impressed with their ability as jammers. 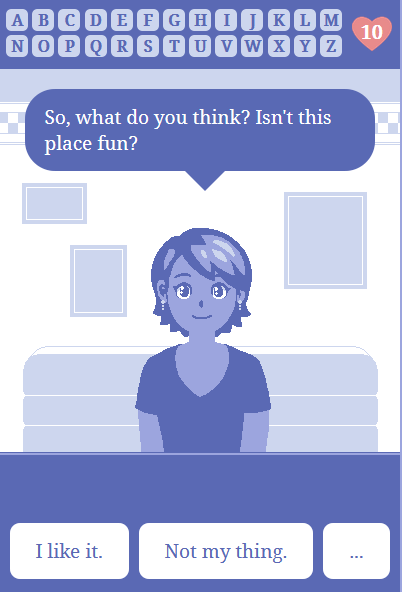 Dating is weird. It’s a series of weird flexes where you try to convince the other person that you are totally normal and worth seeing again. This becomes doubly weird when you lack enough letters to make full sentences. While this may not be a problem in real life, it’s the premise of the incredibly cute Nothing to Say.

Starting Nothing to say is an exercise in staying quiet. Your conversation partner asks questions but you don’t have the ability to respond to their visual novel style prompts because you haven’t unlocked the letters to spell out what you want to say. As you loop through the date’s conversation you’ll earn some affection which you can spend to unlock more letters until you have enough to start participating in your looping conversation. It’s a fun way to simulate working up the courage to reveal yourself emotionally and helps the game do a lot with a little. This isn’t a long date, I wrapped up my playtime in about 15 minutes, but it has a relaxing tone that helps Nothing to Say stand out.

First of all, congratulations on the excellent text! I am one of the designers responsible for バクラウ Bloodless and I thank you for your kind words. Our team played Nothing to Say together and we fell in love with the game! The developers are very competent, I became a fan instantly! <3

The people on our team have a nice background with gamejams, some participate a lot, others organize, others help participants... But we have never seen a gamejam with such a loving, respectful and engaged community. All the feedback sent has helped us a lot to improve the game and we are having a great time in this process.

We are writing some blog posts to share some of our processes and we are placing the link in the description of our LD page. We have a level design already published, we will publish a sound design and we are already writing programming, art and management!

Thanks again for playing and reviewing our game! <3