itch.io Recommends: the future of point-and-click, the puzzles of the past

I was going to try to do this thing in October where I recommended a new horror game each week until Halloween, but life had other plans. I fully intended to check out some of the promising horror games that launched within the last few weeks but both of the games I’m recommending this week sucked me in and wouldn’t let go. Hopefully you won’t be too disappointed by this change of plans once you check out both of these games. Read on for the full details. I didn’t know what I was getting myself into when I downloaded Pilgrims. I knew it was the newest game from Amanita Design, the crew behind Machinarium and Chuchel, and that was about it. Part of this came from the fact that the game was stealth released a week ago, and that its card-based interface looked to be a huge departure from the team’s previous games. With all of that in mind I downloaded the game, and by the time I closed it I was convinced that Pilgrims represented the future of the point-and-click genre.

If you only looked at screenshots of Pilgrims you’d be convinced that it’s some kind of card game. And while Pilgrims uses cards in its narrative and theming (interactions with characters are depicted as cards) the mechanics of the game involves cards less than you’d expect. In traditional point-and-click fashion you’re shepherding your hapless gang of pilgrims by finding objects in the environment and combining them with other objects in inventive ways. What makes Pilgrims revolutionary comes from the fact that everything is represented and controlled by cards. Your pilgrims? Cards. The pot you picked up? Card. Everything is cards. What this means in practice is that you’re no longer trying every verb command with each item on the different named parts of the environment, but playing your item and your pilgrim automatically uses it. This may not seem like much, but it made the actual experience of solving the game’s puzzles more about solving the puzzles themselves than trying to figure out what arcane logic the game’s designers want you use to interact with the scene.

Outside of all of the ways that Pilgrims has breathed fresh life into one of gaming’s oldest genres, it’s also a great game in its own right. The game splits the difference tonally between Amanita’s past outings -- it’s less straight-faced than Machinarium, and less goofy than Chuchel-- and builds its own identity through its multiple protagonists. It also doesn’t hurt that in typical Amanita fashion the art direction is absolutely incredible. There’s a hand-made quality to the game’s visuals that evokes both the game’s medieval setting and storybooks that is simultaneously captivating and hard to pin down.

There’s a quiet intelligence in Pilgrims, and I hope more people find the time to give the game a spin. If any of what I’ve said above interests you, I can’t recommend Pilgrims highly enough. 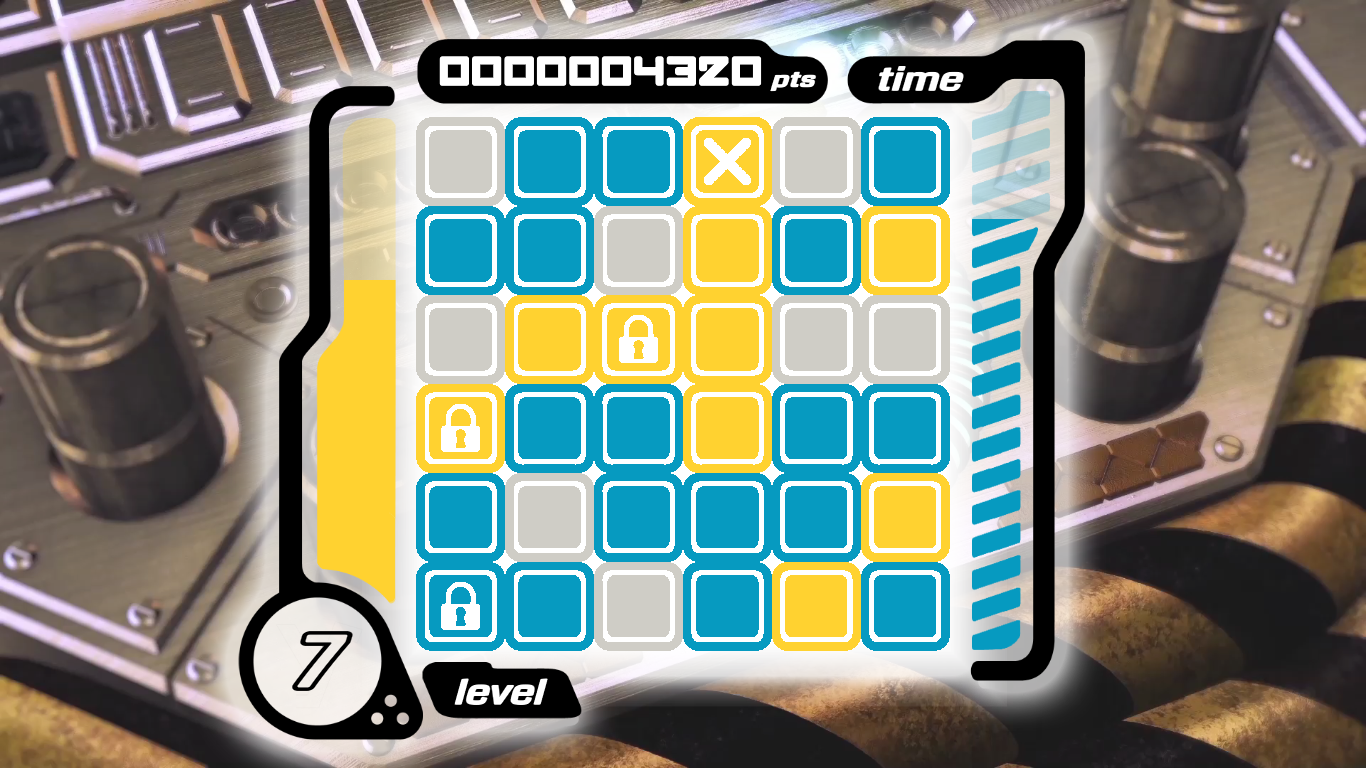 Making modern games that steal the aesthetics of a previous generation is nothing new. We all love a throwback in games, but Crossniq+ is the first time I’ve seen one that captures all of the design sensibilities of 2002.

On its surface Crossniq+ is a color matching game about sliding tiles across the screen and into cross shapes in a limited amount of time. There are a handful of complications that arise to give the game some difficulty, but mechanically Crossniq+ is a brilliantly designed puzzler that you already understand 100% by reading these last two sentences. This is all well and good, and would make any other game an easy recommendation, but where Crossniq+ becomes something more is through its pitch perfect replication of the early 2000s.

The early 2000s included some… well let's call them interesting design choices and Crossniq+ revels in it. From a nonsensical tagline that displays on every load screen, to strange mascot characters that totally don’t need to be there, and wholly irrelevant macro shots of everyday objects in the background, Crossniq+ is deeply, DEEPLY invested in this hyper-specific time period. Now while I don’t love the early 2000s I’m downright amazed with the level of detail the developer Max Krieger put into the game. Crossniq+ 100% nails everything it sets out to do and it’s worth playing on the strength of that alone.