Code your way to strategic victories in Bot Land: an interview with Adam Damiano

I can’t think of many games where professionals have cameras pointed at their hands. Starcraft is one of the few I’ve seen that puts pros’ digits on display, and one quick look will tell you why. If you want to make it to the top you better get stretching, because you’re going to be asked to move at an astounding 300+ actions per minute. For the math inclined that’s more than 5 actions per second.

Obviously this level of dexterity isn’t possible for everyone so Adam Damiano and his game Bot Land have stepped in to pick up the slack. Adam explained it better in our interview, but Bot Land is a strategy game that asks players to strategize ahead of time and shift plans through programming rather than spider-ing your hands across a keyboard.

Bot Land is an automated strategy game. You create scripts for your bots, then they do battle completely according to those scripts. It's great for people who love strategy games like StarCraft but can't necessarily execute their plans at the speeds required to be competitive. 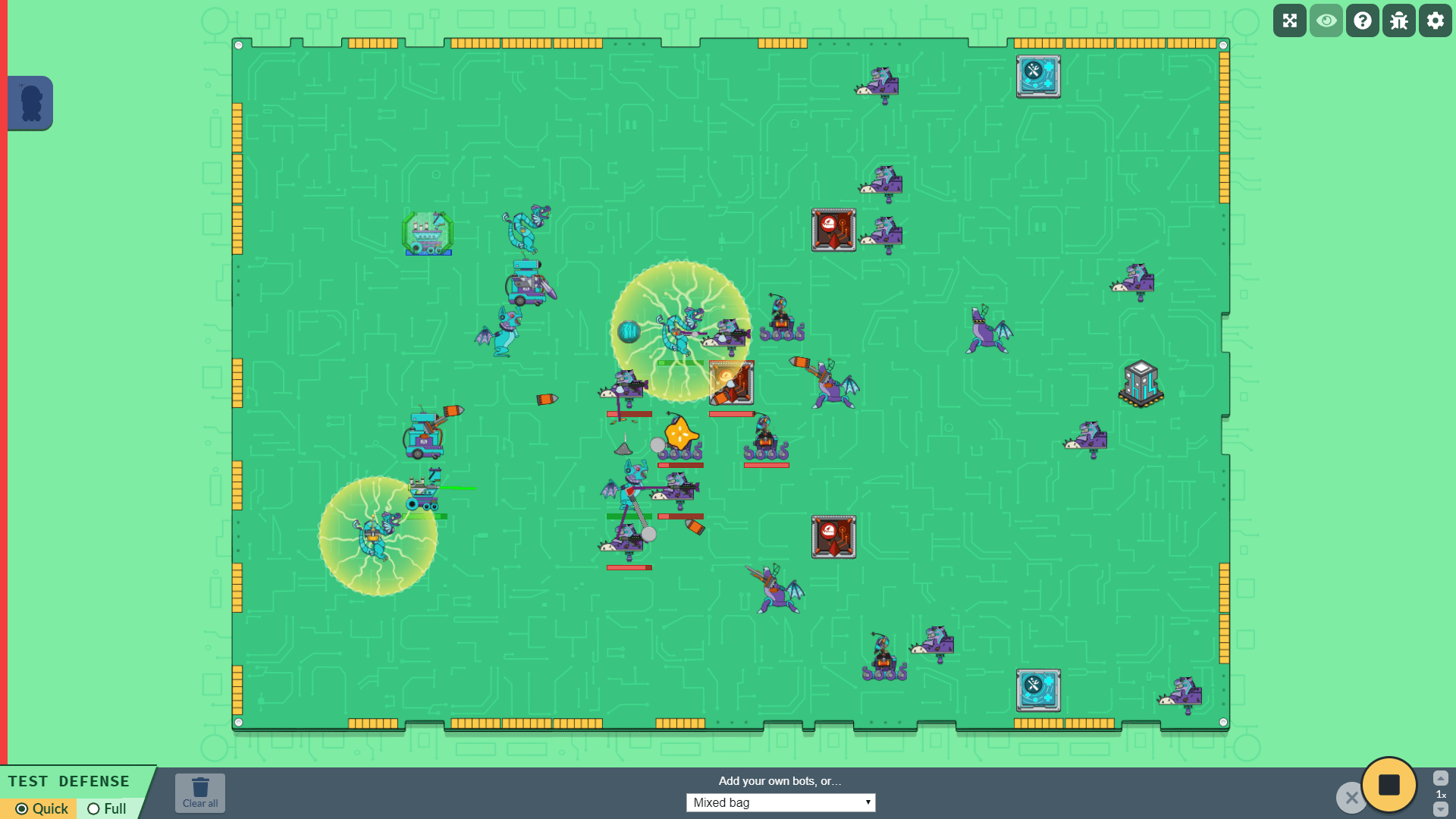 You’ve been livestreaming development of the game to Twitch. Why did you want to develop the game so openly?

I had just quit a traditional programming job and didn't want to end up spending my days playing games or reading reddit, so I figured having an audience would help keep me on-track! There was also the hope that some of those viewers would eventually become players.

Even after four years of streaming, accountability and marketing are still my biggest reasons to stream on Twitch. There have been plenty of other unexpected advantages along the way though—entering the feedback loop quickly, getting help with technical decisions, and having people to keep me company throughout the day.

What have you learned from streaming so much game development?

I've streamed the game's development for a little over 5,000 hours at this point, so there are almost too many things to list for this one: 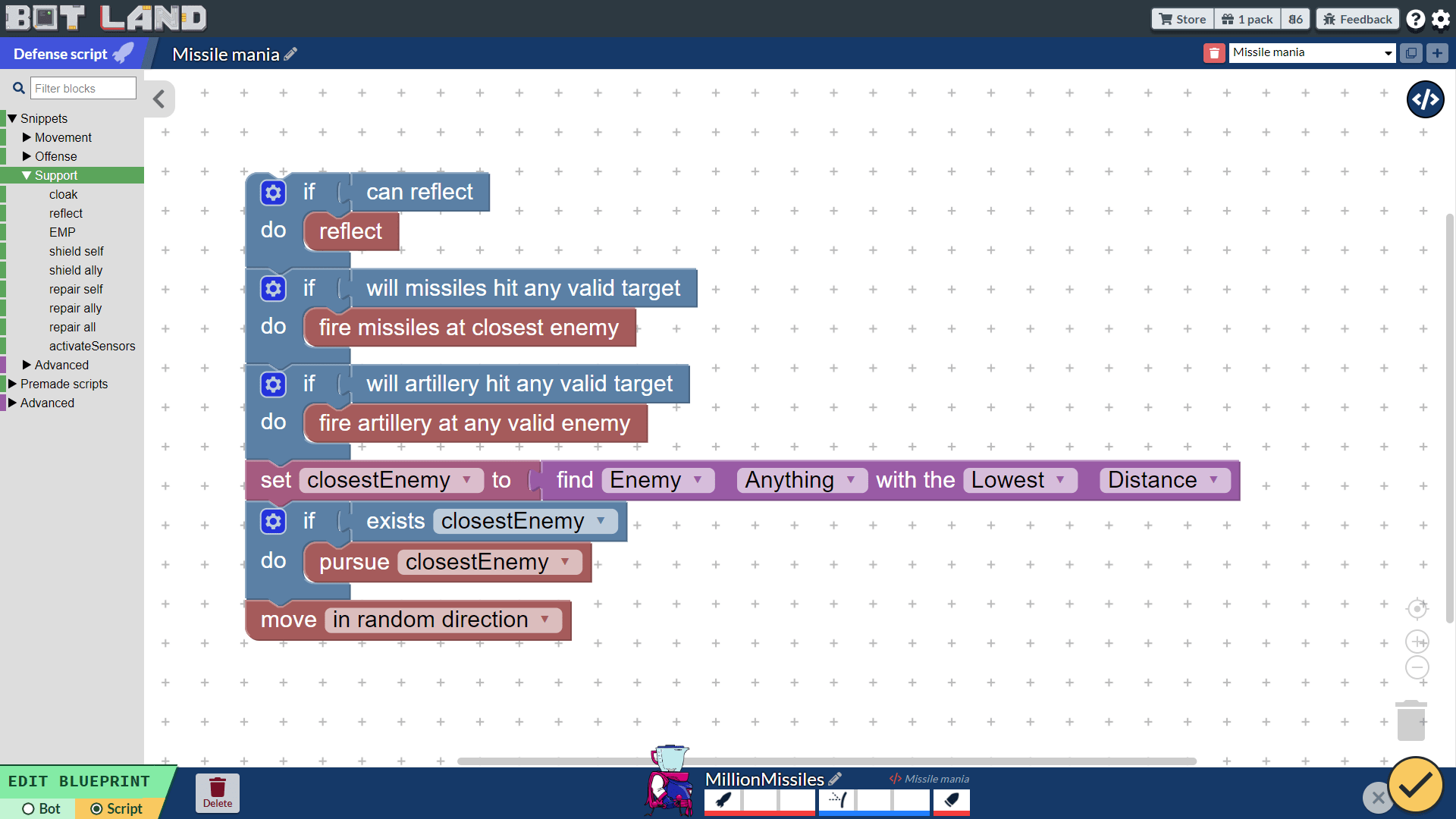 Bot Land asks players to program routines for their mechanical combatants. Is this a more hardcore experience for seasoned coders, or will folks with no background in programming still be able to compete?

That's a great question! Bot Land has three options for scripting that you can choose at any time:

Thanks to the first two options, players with no coding experience should be completely fine. Before launching, we've had players get to the top 10 on the leaderboards without ever touching code.

Finally, what do you want folks reading this to know that we haven’t been able to cover so far?

Bot Land is free-to-play, meaning you can try it without any commitment. In fact, there are even guest accounts in case you don't want to provide a username or email address (although keep in mind that guests are quite limited). The only form of monetization in the game so far is in the form of salvage packs, which contain cosmetic-only items that change the looks of your bots. The goal has always been to avoid a pay-to-win model while still having some way to keep the game afloat.

Finally, I'd just like to let you, the reader, know that if you ever have any feedback about the game, I try to personally read everything that gets submitted. It's always been my dream to make a successful game, and the feedback system has been a great way to help me prioritize my tasks!