Strange Adventures in Infinite Space is back!

Hey all! We just re-released Strange Adventures in Infinite Space (SAIS)--the very first space roguelike (or roguelite)--that we put out in 2002 (thanks, Cheapass Games!). SAIS hasn't worked on a computer system since the Windows XP days. Now you can dl Chris Collins's working versions for contemporary operating systems (Linux, macOS, and Windows). Yay!

SAIS is presented here exclusively in its original pre-OepnGL, 8-bit, scratchware form, absolutely free and eminently shareable. A mod pack consisting of all of the mods and conversions made by the community is included as well.

Btw, if you like SAIS, you'd certainly enjoy its two sequels, Weird Worlds: Return to Infinite Space, and Infinite Space III: Sea of Stars, both of which can be found here on itch as well. (A little plug if you don't mind.)

Thanks!
The Digital Eel gang 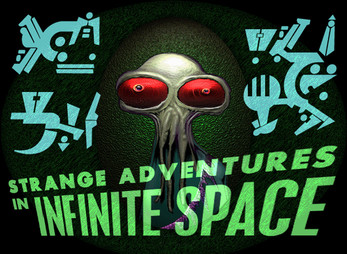 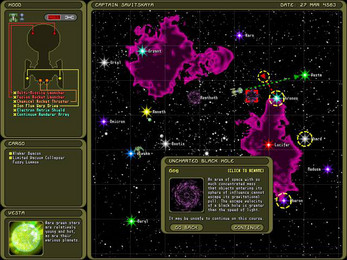 Thanks. Looks great. Having some trouble getting it to work on latest minimal Ubuntu 20? Error about shared library when running 'strange'? What are the requirements please?

Will get back to you on that. Thanks for the note.

The Ubuntu version requires the following packages to be installed:

Update: There was a PayPal issue causing problems with some orders. Everything is okay now but sorry for any confusion.

The previous (SDL?) version has always worked for me on Windows 7.