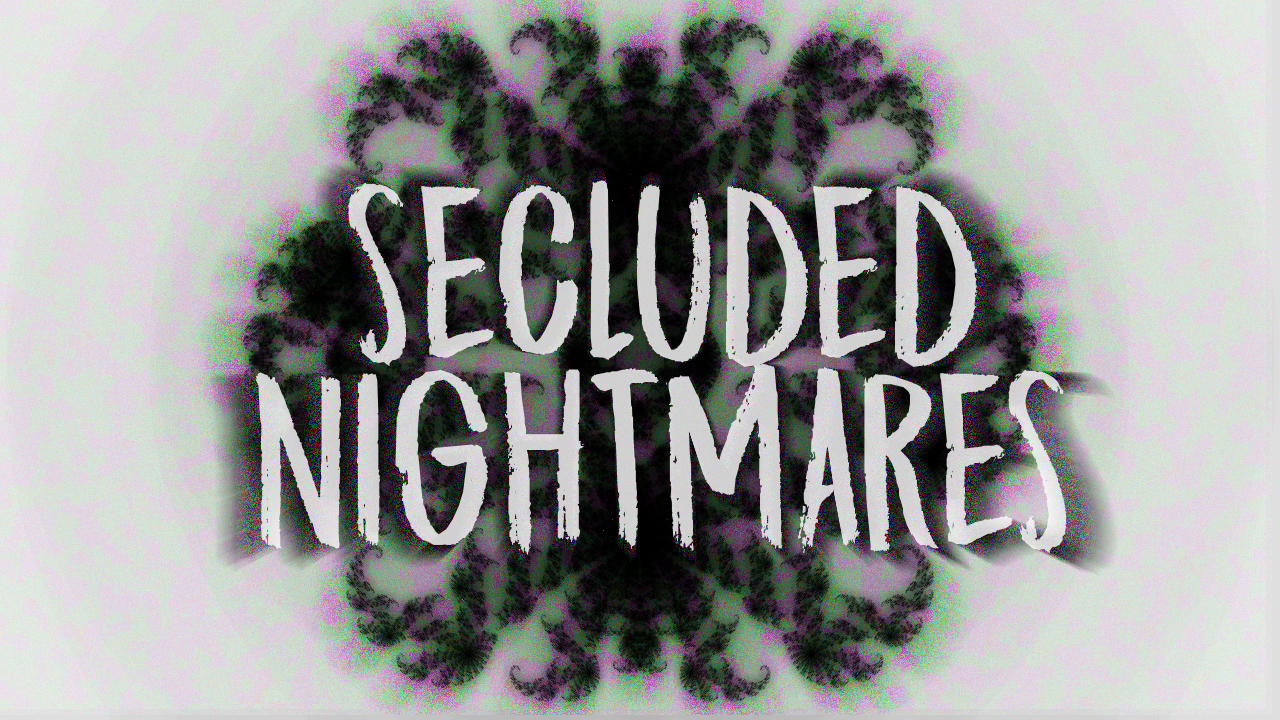 What Is "Secluded Nightmares"?

"Secluded Nightmares" is a Horror Game (inspired by "Granny", "Evil Nun" & "Ice Scream") which takes place within the confinements of a child's dreams, in order to wake up you have a five hour system, each hour passes when you get caught by the creatures found within the map. Once you die during the last hour, you will get a permanent game over and have to start all over, meaning the child has been trapped in his nightmare forever. In order to wake up you must solve puzzles in order to escape! Each puzzle is harder than the last, and some items only become avaliable during a certain hour, so plan your routes carefully!

Who are the monsters and/or enemies?

I don't have concept artwork for it so far, however i'm hoping to implement many different enemies into the game, each is gonna be randomized every time you start the game! In the beginning of the game you will get to choose how many enemies will be in the map! This will be determined by the difficulties: Easy (2), Medium (3), Hard (4), Insane (5)

The enemies will be:

What is the story?

The child you're playing as has come across a book he found on his attic, which he secretly took it to his room, he read some parts at a certain hour of the night, which caused him to fall into a deep sleep, it turns out this book is a book of rituals!

In the nightmare the child is having, he will come across the ghosts of six children, each children will be in each of the six different maps, they are past victims who have also read the book, but were never able to escape from it, they want your help to get out! In order to rescue them, you must find a page (which can only be obtained in hard or insane difficulties), these pages will be locked away at a part of the map and will only be unlocked after doing a certain challenge/chapter of the map, after obtaining the page, you must escape the nightmare to complete a part of the story!

You can read these pages during the nightmare and in your room, once you wake up, your page will appear in a table of your room,  each time you lose the five hours or finish a map, you will wake up inside your room, however you can't leave, if you open the door to leave your room you will be greeted by a black and red void, which in the other side will have an island leading to a final portal, the 7th trial, what is behind it? You're gonna have to find out! Each page you collect will build a part of the bridge to the portal.

Once the 7th trial has been completed, you will get an ending depending on how well you played, depending on the difficulty, time, etc.

What will i need to complete this game?

This one is gonna be difficult since i'm gonna need a pretty big team in order to be able to accomplish this game, as it's honestly something i really wanna work with! Plus i'm not very experienced with Unity or anything like that, so here's what we're gonna need:

* Beta testers, 20 positions avaliable once a prototype has been made!

* Voice Actor, still depends on how many voices will be in the game!

If you wanna help with the project or participate in it, ask me on discord!

The link to it is: https://discordapp.com/invite/hGQxZHa

Teaser #1 has been uploaded!

I have also joined your discord server.

Waiting for your revert.

Hi i am a unity developer and a pixel artist. I am interested in this project. I can also be a tester if you want. Do you have discord?

hey of course! i'd love to get as much help as i possibly can with this project, i have linked my discord server on my original post, you can find me there :)
I'm really active

Here's a sample of what i want the final menu to look like, it's not made yet, this is just an image prototype

Composer here. This looks interesting and I'd love to be a part of it.

If you're interested I can pm you a link to my SoundCloud.

Thank you, and sure thing! i'd love to hear what you've worked on

i think i will be a beta tester.

Beta testing spots are not open yet, but will be when the first private beta build is finished :P

At the moment we're in need of 3D modellers and someone who can work on a level for us!

Hi there! I'm a sound designer if you're still in need. Here's a link to my website: https://www.mfishersound.com

yeah! i've seen your demo reel and it's great! would you like to join the team? If so you can join my discord and i'll give you a role for sound design! though it's all gonna be freelance, i hope you're okay with that

Yeah, for sure! I joined the Discord but can't send any messages in the server. Freelance is fine. Looking forward to getting on board!

awesome! what's your user? also that's odd, you should be able to send messages anywhere on the discord? which channel are you in at the moment?

The first level's concept ahs been chosen! the first level will be a dog park! you will spawn next to a tree and you have to find puzzle items to unlock the main gate, and to unlock a security room that contains a page with a child's soul in it! 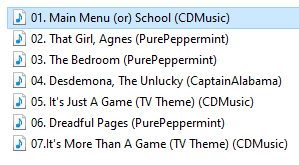 Thanks to these talented musicians, we have music ready for the game!

Hit me up if you need some audio. Sound Designer here.

Oh cool! what are some sounds you've worked on? Could you show them to me via discord?

First prototype of the menu! of course it's still relatively new, however we're changing it constantly! Testing out the skybox for the bedroom, now i need to make it move

What types of models are you looking for?

Enviroment & room designs, character designs, and such, it's what we've been struggling to find atm

I'm a noob but comfortable in Blender. I'd love to help any way I can. I don't do character modeling but I'm fine to do the others. If that's something that will be of benefit just let me know what you'd like to see.

awesome! could you join my discord server and show me some stuff you've worked on before?

Hey can i be the unity developer? Your discord invite is not valid anymore.

Hi! you actually already joined our discord in the past, i'm sorry to say though that you didn't exactly meet our standards, though if you'd like to try again feel free to! just provide us with a demo of a horror game in first person that you made (IT HAS TO BE ORIGINAL, meaning: You have to make your own original title, game mechanics, and such).

Placeholder things like textures, models and sounds are fine, however the scripts and everything else has to be written by scratch

also the discord invite works for me, are you sure it's expired?

We're planning on reaching out to some developer from either TinyBuild or Glowstick Entertainment after releasing a demo build of this game, we're hoping to make this game have a much deeper plot and substory, maybe connect this game's world to other games, maybe even some easter eggs!

We asked Keplerians team if we can have an easter egg of "Evil Nun" on our game, and they have said yes! so expect to see that in the future levels

Game's page has been created!

The game's page has been created! To visit it, Click Here!

Thanks to M23BobGames for helping me with a lot of the game's progress! Here's another prototype of the menu =)

More spots have opened for sound designers! The ones we had, left our discord group

Now that we have something to have SFX on (The Main Menu Concept), we need someone who's willing to lend a hand

Hey! Could you join our discord and show us some more things you've worked on? We'd love to hear some horror tracks you made :)

Thanks to Felix Filip / F2Games for helping me with the game! Many things have been coded and helped with thanks to him! 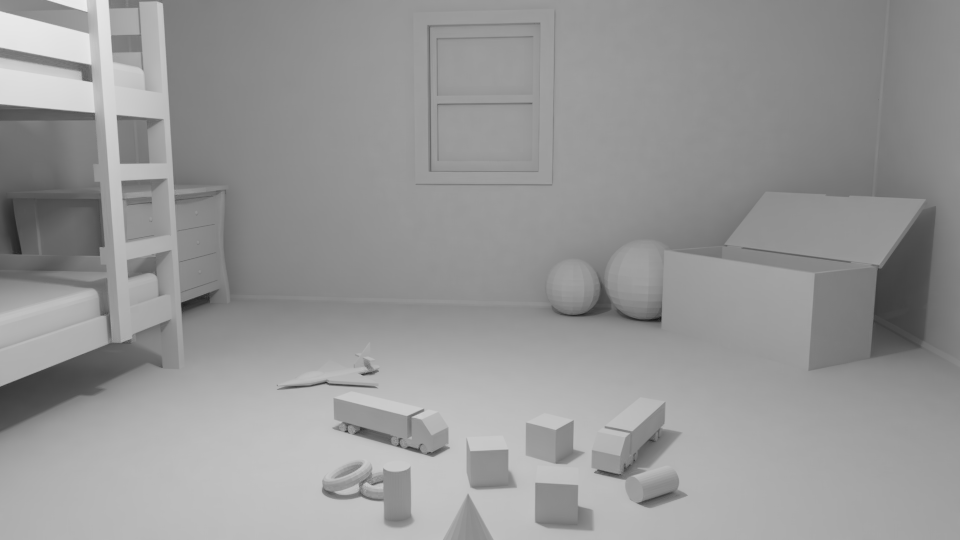 Thanks to Casual Cattail over on discord for making the model of the bedroom! A lot of progress has been done thanks to everyone involved in the project :)

NEWS! We're looking for another C# Programmer! Let me know on discord if Interested =)

Update: We've got an item system working and have a new programmer in the team!

I would love to assist you.

Hi rachel! Is it possible you could join my discord server to talk about it? Also, what are you able to assist with if i may ask? Thanks! :P

I have already joined your server please message me there to discuss more.

I can help you in 3D modeling, graphic designing, and animation, even in game development. I have full team.

Sure thing  rachel, i'll get in touch with you on discord and i'd like to see samples of everything okay? :)