A yuri/girls' love kinetic novel in the American Southwest · By 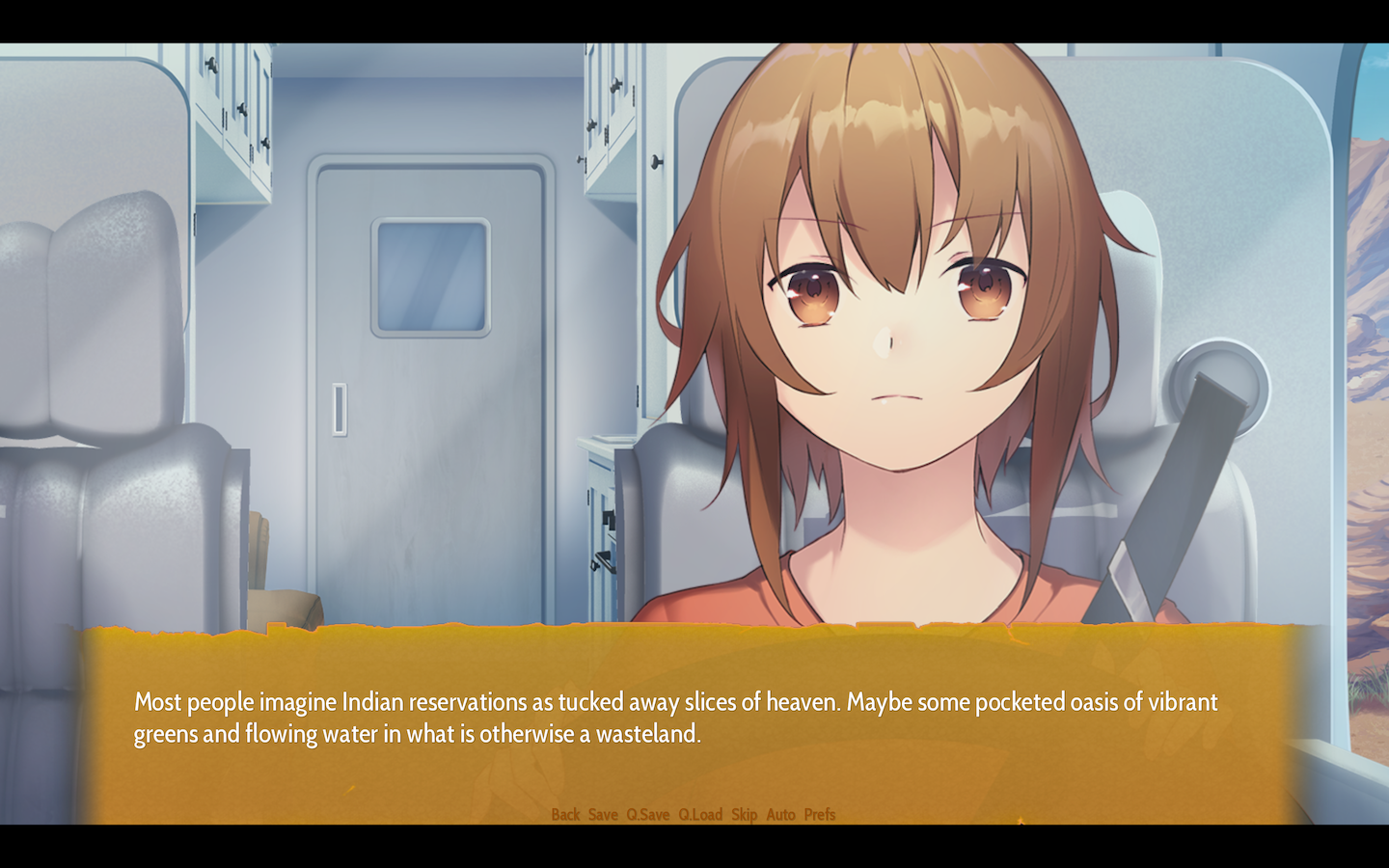 I feel a little nervous bringing this up on the internet, becuase I don't want to be one of those people, but there's a small issue with something Amber says.

I'm Canadian, so indigenous issues are several units of history curriculum here in Canada, as well as a pretty big issue in our politics. At one point, Amber refers to the land as an "Indian reservation," which is... Oof, here in Canada we call them first nations, aboriginal, or indigenous people, (and sometimes, but not ideally native americans). Now, I understand maybe Amber says this kind of thing because of where she's from, or that's what Americans say. But Indian is a term for people from India, and is blatantly incorrect, as it comes from when europeans sailed west, and thought they'd gone around the globe and landed in India.

I just wanted to make the request, that you guys set a good example and change it.
I understand it might be a lot of work, but luckily it's non-spoken dialogue, and a little thing like that goes a long way. Hell, here in western Canada, calling an indigenous person an "Indian" is pretty much slur, part of why I found it so jarring. I thought, with Studio Élan (and hopefully Alienworks) being pro trans, maybe this is the kind of thing you guys would respect.

I noticed that as well. However, looking into it, it seems to be a complicated and ever-evolving issue, and I can't find a clear consensus on what term(s) are considered acceptable in the United States, to say nothing of which no-longer-acceptable terms are still in common use anyway. I do know that there are significant differences in nomenclature between the USA and Canada.

I could give my own experience, but I don't think that would be useful as I don't have any specific knowledge of the subject, only what I've heard or read online. The best solution is probably to find someone who does know what they're talking about and ask them.