Without giving away too much of the story, you play as a corporate drone for a company that is analogous to modern social media giants. You read "tweets" and accept or reject them based on the orders given to you by your in-game manager. These "tweets" are funny and sad and sometimes insightful, and they slowly reveal the truth about the world and the company you work for. The story has multiple endings, and there are a lot of undercurrents written in that perceptive players can discover. 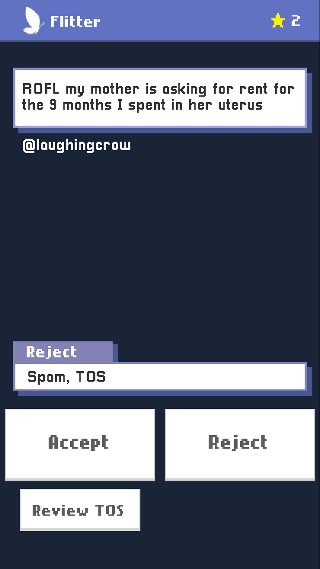 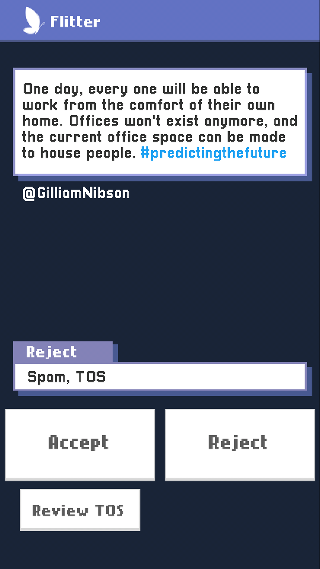 It's a commercial game, and I'm running a 50% off sale on the Itch.io page for a few days. But if you're fast, I'm giving away three keys (below) that can be redeemed on the Google Play Store:

And if you got this far, thanks for reading!

Reply
Hyperlink Your Heart3 years ago

I grabbed that bottom key, thanks, I will check it out later - looks really interesting!

GilliamNibson, haha yep this looks good! I redeemed the middle key - thank you! Gonna go try it out, will be sure to leave a review when I'm done.