Thanks for the feedback.  It's a half-stealth game I had in mind, except I only implemented the clunky out-of-combat / methodical opening strike attack. I also jacked up the AI's vision and aggression sensitivity for the prototype higher than what I was usually testing with since I haven't implemented animations yet to convey the more nuanced behaviour. (shock at seeing player, stance changes based of alertness, drawing their weapon, turning their heads in search etc)

I also don't expect the type of fast-moving rush-down enemies to remain in the game.

I've got to strike a better balance with clarity of the aiming grid, perhaps highlight enemies and the blast area, make the through-walls effect less noticable.

Thanks for checking it out! The fuses not respecting the time-slow stuff is definitely not intentional.

Recently I attached a time-keeper to all my entitites basically that allows for localised time slowdown or speedup. Not every script is properly respecting the time-keepers at the moment, there are a few I created that base themselves off timestamps rather than an elapsed perception of time that I need to convert.

Yeah I hadn't noticed that extra wall suddenly appearing in my level until I tested it out on the WebGL version. I can see my editor right now and it isn't present so I'm not quite sure what the heck was going on there; potentially line-endings on the plain-text level file being interpreted into tile-height characters that are interpreted by the builder! Fancy that. 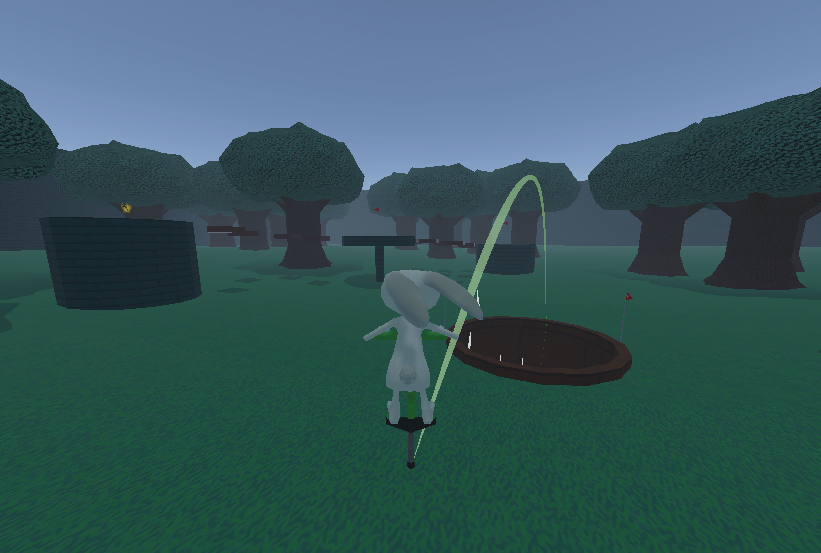 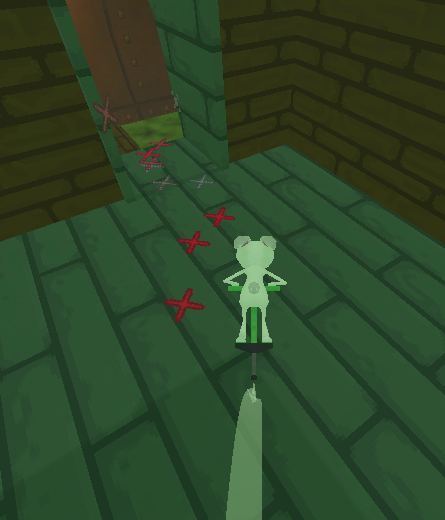 Based on Demo Day feedback have uploaded a version with a few really quick fixes:

That is an absolutely above and beyond bit of feedback, thanks very much. Your dedication to beat that level despite the tight camera with that clunky-ass bomb throw is excruciating! I was working in 16:9+ so I kind of rushed the export down to 4:3 for the browser without thinking about how that wrecks the view.

I might consider how I might allow the character to pivot direction while aiming to make it less awkward; tip of the jank iceberg.

Yes! Improved camera controls on the to-do list for sure. I'm trying a few different camera angles at once to see what best suits the gameplay.

No diagonals, made with cardinal directions in mind only to keep the scope of work down. Thanks for your feedback!

Sorry, I haven't updated the game since the #LOWREZJAM so no doubt the pre-requisites needed to get it working may be less commonly available. It required a specific XNA Redistributable library, from memory; but I never used the Itch.io launcher.

Gave this one a shot, nice for a few minutes. :)

I was thinking that the Authenticity category could be dropped from the entry marking criteria next year. To me, it seems better suited to a binary option - they either followed the rules of the Jam or they didn't.

Congratulations on everyone submitting their entries. Sound off if you'd like to lend your agreement, or disagreement so this can be considered next year.

Thanks Jack for getting everything organized this year. Good luck in the jam.

This game is perfect.

I managed to beat the first level using only the doors since my browser didn't support the mouse actions. The enemies just explode when they touch them!

It is pretty hard, but everything is polished and crunchy! I pressed the reset game button R on accident because it is was next to interact E.

On that note, are you a giant letter E with a gun? That is fine if it is, E is the second most badass letter. I'd love to see some high rez concept art of our heroes.

Damn, I didn't expect it to be as scary as it is. The sounds put me on edge and the scary shadow thing is unsettling. I haven't got past the first shadow, I assume there are more obsticales.

Very nicely put together. I hope you come back and add some of those brewing mechanics you mentioned, there are lots of places you can take this. I like the tune very much.

My highscore is 7:48 and 1020 Points. Mid-way I was thinking it was too easy, but then it snuck up on me all of a sudden. I'd like some of that difficulty sooner, balancing wiping out blocks with making the match-fours.

Thanks heaps Fissurefury, I'm glad you took the time to complete it!

Until I pack my game with the proper instructions, know that you are the blue guys and you are fighting typically red and green guys.

Hi Jack, I haven't tried. I used the default output of Visual Studio 2015 but I'll look into it.

Unfortunately I suspect my game needs to bundle the Microsoft XNA Framework Redistributable 4.0 Refresh program to work, which is bundled in the installer.

And thanks for the feedback, I'll definitely take the time to flesh out the experience. And yes, you won it!

Thanks for the feedback Shortee, completely understandable since I didn't include the rules!

To win this game, start by defeating all the enemies you can in the play area, called an encounter. There is a stealth mechanic that gives you a one-time bonus to the first move in each encounter. When all are defeated, you'll be prompted to choose a map card which will determine the size of the next encounter, how many map cards will be drawn next time, and wether those map cards grant stars.

Prioritise map cards with arrows pointing up, as these directions will award stars. Seven stars wins you the game!

Further note, not explained anywhere, but failing to defeat an enemy causes your current blue outlaw card to become a hostage, and there is a limit of one hostage in the encounter at a time.

Aww, I though I was close to winning when the buttons down the bottom glitched out. My money stopped coming in, I spent what I had left on troops that didn't arrive and after nothing happened I found out that the sharingan Naruto looking thing in the corner closes the game.

Wow this is pretty hard! I didn't get what was going on at first, but I like the idea. I got to 41 seconds, that is my highscore. Is that pathetic or good? I got swarmed by five black things at once in a forest while the controls switched at the same time.

Ok, so at first I though - there is no way you could collect all this mail. Then the mail started to flow through me. I was a package collecting fiend. 33820 is my high score, but I got bombed. Internally what is your high score?

Hey, this game is really nice and I want to solve it! Art is great.

I ran into a bug, after dying the next play-through had every book's text empty, set to o. Wasn't sure if it was part of the game at first, with all the going crazy from eldritch horror theme. I also didn't realise I could switch pages until I'd read a few books already.

I made it to two keys, very nice. I went to your page to see a screenshot and found myself playing the game without even meaning to!

Mushroom sounds weird (is that you?).

The first time I saw the mushroom man I tried to jump on his head (I had no weapon yet), since it seems like the platformer intuitive thing to do and his head is so inviting.

If I haddn't already seen you can jump on the pipes on the house I might not have tried.

The key only appearing after speaking to the NPC is a bit upsetting for me and I feel it would be better to gate the sword off by having the mayor yell at your or something. It also wasn't intuitive that chests need keys.

Overall, enjoyed this very much and will buy the final release for sure!

Congratulations on getting some wide notice!

I hope you can get this looking as good as that title screen picture! I like the current state of your logo too.

To win this game, start by defeating all the enemies you can in the play area, called an encounter. There is a stealth mechanic that gives you a one-time bonus to the first move in each encounter. When all are defeated, you'll be prompted to choose a map card which will determine the size of the next encounter, how many map cards will be drawn next time, and wether those map cards grant stars.

Prioritise map cards with arrows pointing up, as these directions will award stars. Seven stars wins you the game!

Failing to defeat an enemy causes your current blue outlaw card to become a hostage, and there is a limit of one hostage in the encounter at a time

I know what you mean, this jam took it out of me too. Good work!

I can't wait for you guys to try this game out, it is a puzzler.

Each blue outlaw card has a bonus that makes it more or less suited to solving each encounter. Right here, we've got a lady whose power is to remove trees. By removing the tree on the left, we'll not only enter stealth-mode (reducing the standard difficulty of each enemy) but remove the buff the tree is providing to the blue squid enemy, reducing him further to only 1 strength.

That 1 strength means one of your six Russian-roulette cards need to be drawn, rather than three.

Tiny Gain, my Russian-roulette style beat-the-deck card game is almost an actual game. I've got a TODO list coming out my ears! Damn you Dark Souls 3!