I know this game came out 2 years ago but I just played it today and I loved it so much... It's very wholesome and heartwarming. Very bittersweet. I loved all the characters.

Really into this so far! Hoping to see more of it.

What a coincidence that I just started looking for this mere minutes ago and saw that this was put here on itch.io just 12 hours ago (by the time I'm posting this)! It makes me happy to be able to play this game again. I hope to hear more from the creator eventually.

Btw I know I said a lot of things but please don't hate me for it or think I'm trying to insult the game or the team... I promise I didn't say any of those things with bad intentions. I'm sorry if I sounded too harsh in some points.

I believe the website took it from Nichijou then because I recognized it as being Yuuko's voice.

Oh, wow, this was something. I really liked this.

The game is fine so far but it could really do without the voice audio files. I actually believe it would be an improvement to remove them or keep them to an absolute minimum.

And this one is its own case, I think, when I encountered a character sleeping in class and for some reason he had an audio file from Nichijou, an already existing anime, of Yuuko (Nichijou protagonist) counting sheep while asleep.

Not to mention differences in range and energy. The characters are given so many obviously different voices that it's almost comical. The protagonist sounds like a 10-year old girl in one moment and like a 30-year old grown woman in another. Then scenes like one when a teacher punishes the protagonist for using her phone during class, her classmates laugh at her but the audio file used for them laughing very obviously sounds like much younger children. Or when the protagonist says to Nanashi something like "Fine! I'll go with you!" (to a haunted spot) in a "friend-angry", grumpy way but the audio file used for that sounds way too angry.

And this one isn't related to audio but it's something you can't help but notice which is (Slight SPOILER ahead) when Nanashi shows a picture of him with his mother and the picture shows a woman with a child who looks to be about 6-years old and he says "This was taken two years ago", even though Nanashi very clearly looks like he's around 16-years old, or 17." You can't help but think "You were that little 2 years ago?" (End of SPOILER)

Please don't think I'm trying to slander the game though. I actually like this game, I think it's fun and entertaining to play and I'm interested in the story so far.

An important part of videogame history

This is cute, I really liked it. I don't know anything about Hypnosis Mic but I love RPG Maker games so I decided to play this and had a lot of fun, it was funny, playing it without exactly having context was an experience. Though I couldn't finish it because I can't find who the serious letter is addressed to.

Nevermind, I was able to defeat the computer. But I then (stupidly) died to the zombie in the basement with no lights on. I didn't try again because it was legitimetly too much effort. I'm not complaining, I genuinely think you might have made the computer boss actually too difficult for a character as weak as Clara. I only defeated the computer once out of pure luck, I survived it (the computer) with 1HP and my dog being dead, and that's considering I had all healing items available and was not attacked by any glitched villager or corridor walking zombie.

I was having so much fun with this game, it's a pity I couldn't defeat the computer boss. I thought I was playing a simple zombie apocalypse survival game, which was already cool enough, but finding out I was in a cursed videogame was the best, it was so ominous and actually unsettling. It was even more interesting because my actual name is Clara and I'm a girl (nonbinary girl). I even somewhat look like the Clara here so it really felt like playing as myself. Though I still don't know how to defeat the computer.

this was a really cool little game! i wanted to say i really liked the puzzles. they were original and fun, ive never seen puzzles like them before tbh? and ive played lots of games before. they were a lot more exciting and interesting than boring, overdone puzzles like "find a journal that has a date and that date is the password for something" (i know youve seen this one a million times before too). so yeah!

and i really liked Newt, i might have a crush on him lol. i knew him for such a short while and was already so interested in him. i thought he was so smart and pretty well written ^^' anyway this is probably boring to read, im just praising you but. yeah! good game!

This game is really unique. I wish more people knew about it.

Oh, so it depended on when I asked them for it! Thank you so much for telling me that, I didn't realize ^^'

Aw, man, what a lovely game. The more I played and replayed this, the more I fell in love with this little place called Toppletown.

(Btw, does the teabag the giraffe give you has any purpose? xD)

I was replaying the game today but this time as the mouse and I have a question, are there customized illustrations for the mouse interacting with Harriet too? Or does only the cat have illustrations? I wasn't able to find carrots while playing as the mouse so I couldn't make a proper stew and make the waffle boy and that client happy so I thought that was why I didn't get any illustrations with Harriet but I thought I should ask at least. (Also how do you get carrots as a mouse? I couldn't for some reason, even though I was able to get them as a cat :( Looked everywhere for them)

Okay, I just finished the game and oh, boy. I'm in love with it. I love Margaret and Harriet so much, I want to marry Harriet. T_T Giant bunny wife. I had a lot of trouble with the lock on the mayor's house because I'm bad at math and have ADHD but all the effort was worth it just to see the rest of the game and meet Harriet and make Margaret happy and play with her... I loved Pip and everyone else too, of course, and Pip's secret backstory. Marlow made me laugh a lot with his angry lines, "You think this is a joke?" combined with that smiley face of his? The best. Thank you for making this game.

I just finished the game and AAAA oh my God, it was so cute and wholesome! Gained a special spot on my list of favorite games! And I can't stop listening to the "Thank You For Playing" background music, this SLAPS!

Hi! This game is really nice and cute so far, I love how many things you can do in it and how many places you can visit. I'm genuinely amazed by how much effort and love you put into this game!

But I'm not being able to complete the game because I'm kind of stuck in two parts. Do you think you could help me? I don't know how to get to this area. 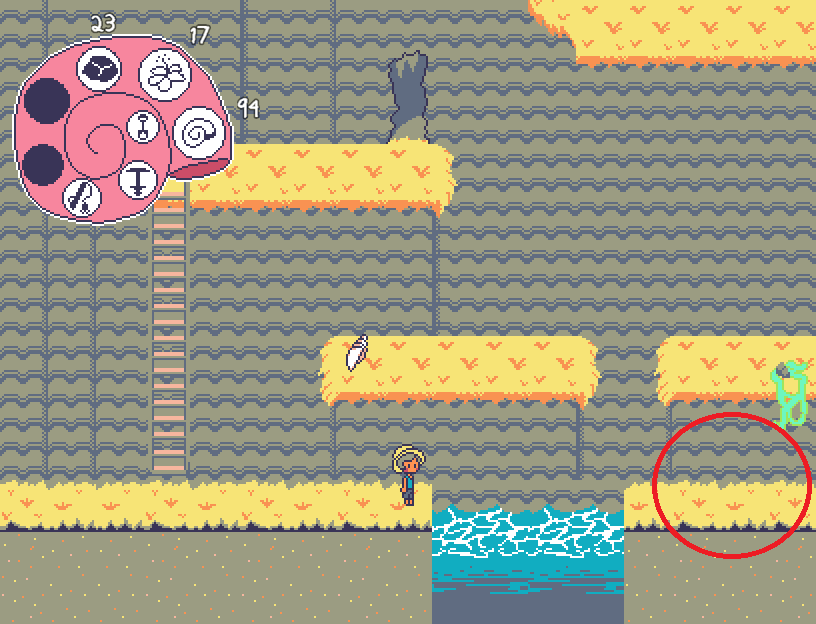 I did try... I think every path available and no path seems to allow me to get there...

Also how can I get this seashell? 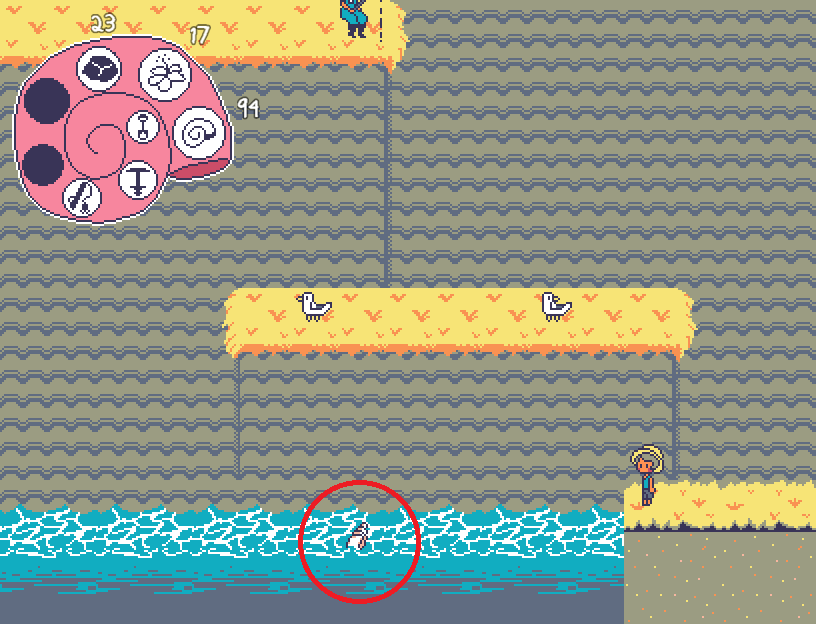 Me too! I wasn't able to finish the game because of this ;-;

Legit one of my favorite visual novels of all time. I really love this game, its story and its characters (yes, including the protagonist)!

I love this game. It reminds me of my best friend (who I also have feelings for). Sometimes he's very distant and I feel like he's leaving me and like Stella, who decided in her mind that Nina left without her, I also think my friend is "leaving without me". And I get lost in my thoughts and in my mind, I am searching for him, like Stella is searching for Nina. In the end, he's always waiting for me, like Nina was waiting for Stella.

Are there girl routes (female/female routes) in this game?

I see, thank you!

Are any of the female characters dateable?

I can't seem to be able to play it, for some reason. It just crashes and keeps saying "YOMOTSU.exe stopped working". :/