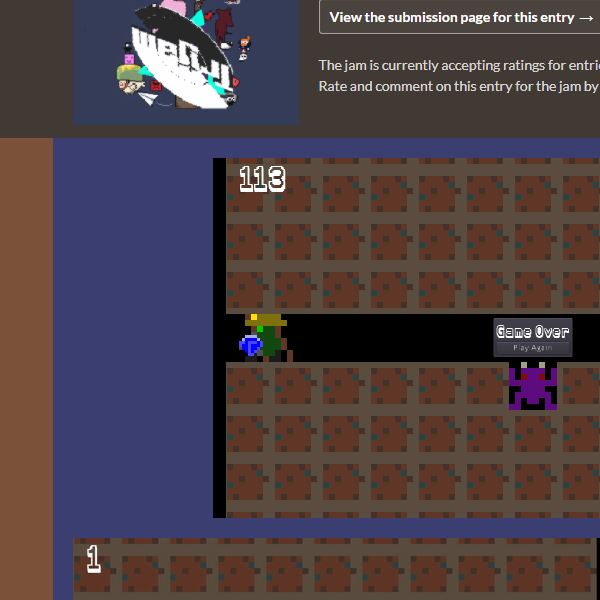 Nice little game, great job - one thing I would suggest is if a player gets a key wrong it perhaps should stun the player and then ask them to type a different key :)

Tried so many times, struggled with the start but after that I just couldn't figure out a route to escape :D

Will try again later to complete it. Is a fun challenging game (at least for me and my average gaming skills!)

Be great to get some audio effects and perhaps some additional levels, suggestion might be to also make the laser run out of power and then recharge over time to allow an extra dynamic as you can currently hold down and continuously fire just now.

This is a great example of keeping a tight and clear scope, makes the end result very polished and plays superb. Think someone already mentioned you can kind of make it easy yourself by sticking in the safe spot at the bottom of the level going back and forth - having said that I still mess up on the moving platform (terrible gamer!) :D

Awesome addictive game (as always from Prox), certainly has got the skills with a whole lot of style!

Nice work, great stuff on recording a guitar track for your game. Was very chill as we drift through space avoiding asteroids.

Song made me think of https://www.youtube.com/watch?v=iYYRH4apXDo - great tunes to play your game too for a nice chilled afternoon.

Really loved the audio and effort on the voice overs, has quite a gradual ramp up but believe that is what you were going for with the power ups complimenting game play ramp up time.

Think one thing I would of perhaps tried to sneak in is bullets from enemies getting a bit more intelligent / harder. Maybe ramp up the bullet speed as the level progresses or even allow some enemies bullets to start tracking / chasing the player.

But you did all this in 3 hours and it is a level of game play!

I managed to get to the end! 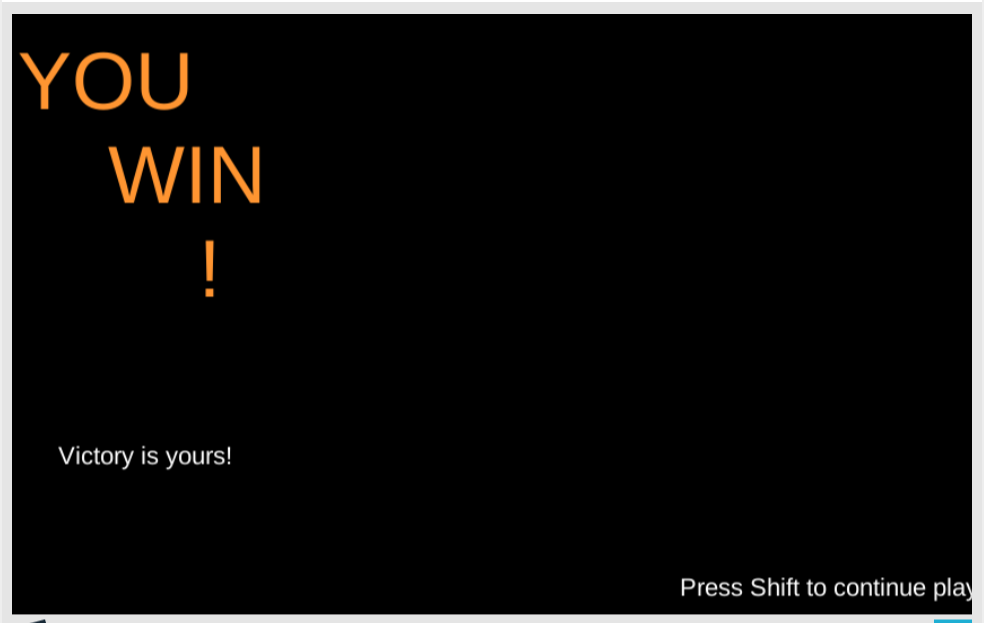 I have a more "Low poly, minimal style characters, environment items;" coming today but even if I didn't I think you misunderstand the spirit of Asset Jam. I thought i'd challenge myself to keep things as simple as can be, I spent much of my time building and producing my Trijam 68.9 game this weekend (https://itch.io/jam/trijam-69/rate/638815) and this was a good outlet for me to run through a 3D workflow I am learning.

I am not a 3D artist (quite evidently), I am learning all of these tools and workflows all in my own time (like many others). You have to start somewhere.

I look forward to seeing your entry / entries on Asset Jam to inspire me to produce even better work. That, at least for me, is what I thrive and am inspired by - seeing people lead by example.

Same here, started learning drawing fundamentals and digital art in the last month or so. Probably already seen this but the art style for this game really reminded of these videos I was watching from Blackthornprod:

Have added a warning to the description, thanks for playing and taking the time to feedback and rate it.  Most of my Trijam entries I feel will end up taking longer than 3 hours until I learn the various workflows to become more efficient.

This is a great game, a lot of fun - feel you nailed the theme and on top of that the gameplay difficulty and its ramp up is really fun to play.  From calm to more difficult in a nice amount of time.

Great job in doing a time lapse as well was fantastic - love the art that was created.

Do you stream your game / art creations on Twitch or YouTube at all ?

Really enjoyed this game, great concept - fits the theme perfectly, it also has some great pixel art and style to it.

Fantastic work for a three hour game! Love the skeleton animations flashing in and out, really works for the gameplay mechanic intended.

Yer completely agree as with other comments I ended up spending my time on the art rather than more focus on gameplay aspects.

Really appreciate you spending time to try out and feedback on my little game - is always a boost to keep on learning and create some more ideas for Trijams.

Thanks Katie for trying out my game and the feedback, I ended up spending most of my time on the artwork but it was my intention as I am trying to learn to draw and digitally paint in a certain art style for future projects. Started last month, loved your time lapse by the way!

Maybe I should look to expand on Bu in the future, I quite like the style of it and there could be something in it if I can find the fun a bit more with gameplay aspects as you mention.

Heya, thanks so much for playing my little game - I ran out of time for the Game Jam submission (was done in a weekend) to add more to the gameplay aspect. I ended up spending too much time on the artwork but it was intentional as I am trying to learn to draw and digitally paint in a certain art style for future projects. I used this Game Jam to do so.

Had some great comments saying the same thing in regards to gameplay. Really do appreciate you taking the time to play and feedback on it. I am still very new to game development.

On top of this to add more of a story for the character Bu as you mention. Dropped you a like and subscribed to your YouTube channel to keep an eye on upcoming games you play in this genre.