Hey Dark Dimension, on a related note, about 10 months ago I was banned from posting on my main account (where I upload all my games), so I use this secondary account for community interaction. I was very new to itch.io, and was only 16. I was downloading games off the New section, reviewing them, and asking if they would play my game. This is against the rules as I later found out and I was banned. I sent support an email around that same time and never got a response. I understand the community of Itch.io now and release what I did was wrong. Is there any chance I will be able to get permission to use that account to post again? Here is my account by the way - https://mager22brophybroncosorg.itch.io/

A Way Out: Experiment #99 is a direct sequel to A Way Out. It shares a somewhat similar art style, but has completely different gameplay and design. The story is expanded and builds the final release in the A Way Out series.  5 Rooms. 5 Experiences. 1 Nightmare. Will you find A Way Out? 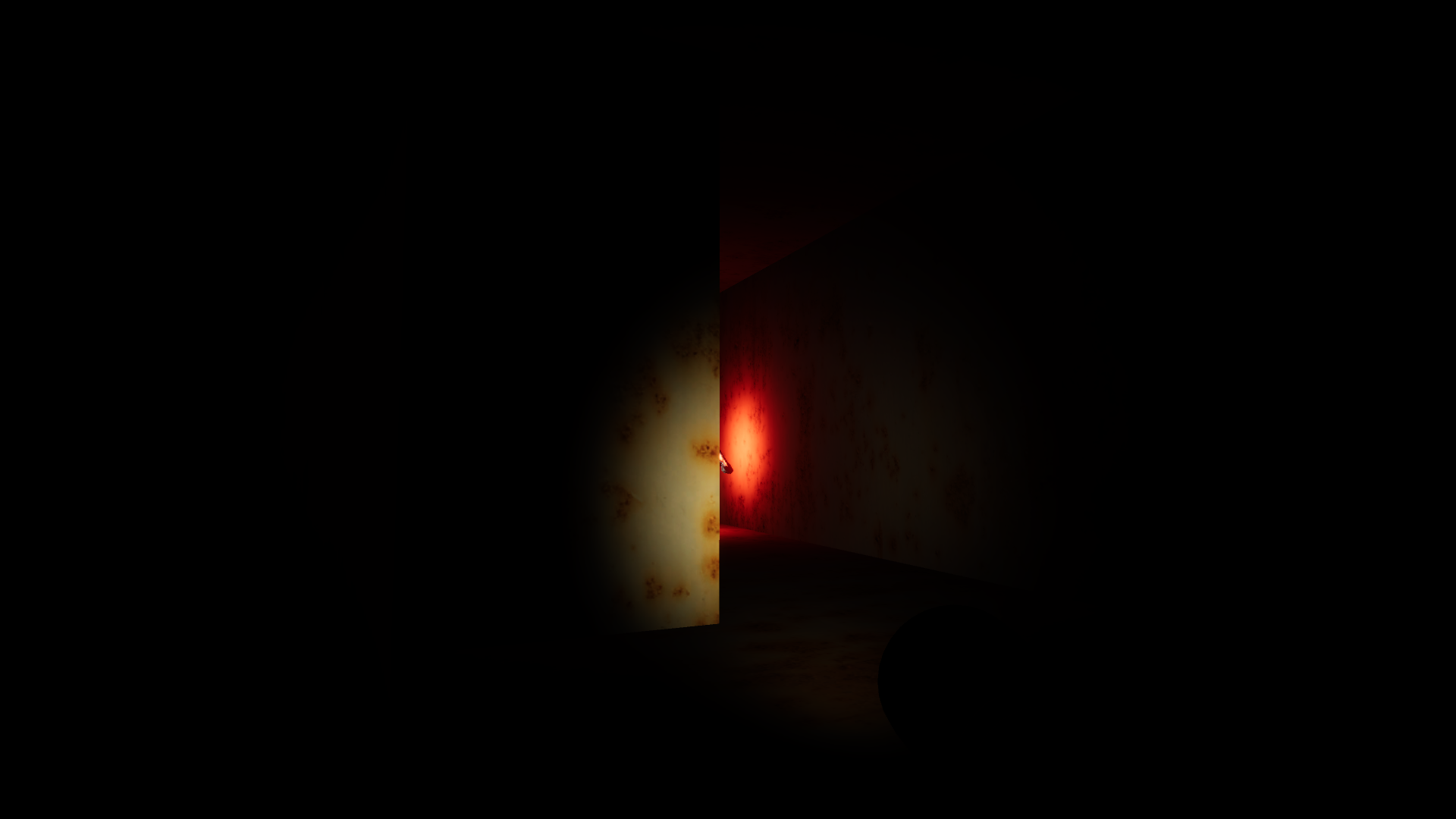 A Way Out is the first game in a trilogy of horror games with an interconnected story about the escape of a candidate in twisted human experiment. In this entry you are tasked with the completion of an experiment where you must navigate a maze with non-human entities hunting you. Something goes wrong though. Very, very wrong...

Will Give You Paranoia

As far as I know, there is no easy solution to this problem. However I have found most people who download games from itch on a mac know how to manually turn this off in the settings so it is not so much of a problem. Another, far worse problem you may run into which caused me a lot of trouble, is that when you build a game on a machine running windows of linux and create a MacOS build (I use Unity so not 100 percent sure that this problem carries over to other engines) then zip it up, the exec file loses its executable status on Mac. The user must enter the terminal and manually reinstate the .exec status for the file in order to launch the program. Here is a fix for that problem. I recommend putting a link to this in your download instruction for Mac users. Game won't open on Mac - Unity Forum

I have been recently releasing quite a few projects and have a question regarding where the traffic is coming from. For instance one of my latest releases Race Engineer https://mager22brophybroncosorg.itch.io/race-engineer was not put into Leafo's Interesting Things Collection and thus was not shown on the Fresh Games section. However the majority of the traffic still comes from "itch.io" (AKA the Homepage), even though it is ranked rather high under the racing and simulation tags. I would assume that since the game was not Fresh to my knowledge, the majority of the traffic would come from other sources.

Question 2: Has the game actually appeared in the Fresh section even though it was not put into Leafo's Interesting Things Collection?

C4 Savior is a high stakes puzzle game about disarming an explosive by shooting the wires in the correct order with arrows. Solve each puzzle by using one of 3 arrow types to ricochet off walls, explode barriers, and cut the wires in the nick of time! Playtime is about 30 minutes depending on your aptitude. 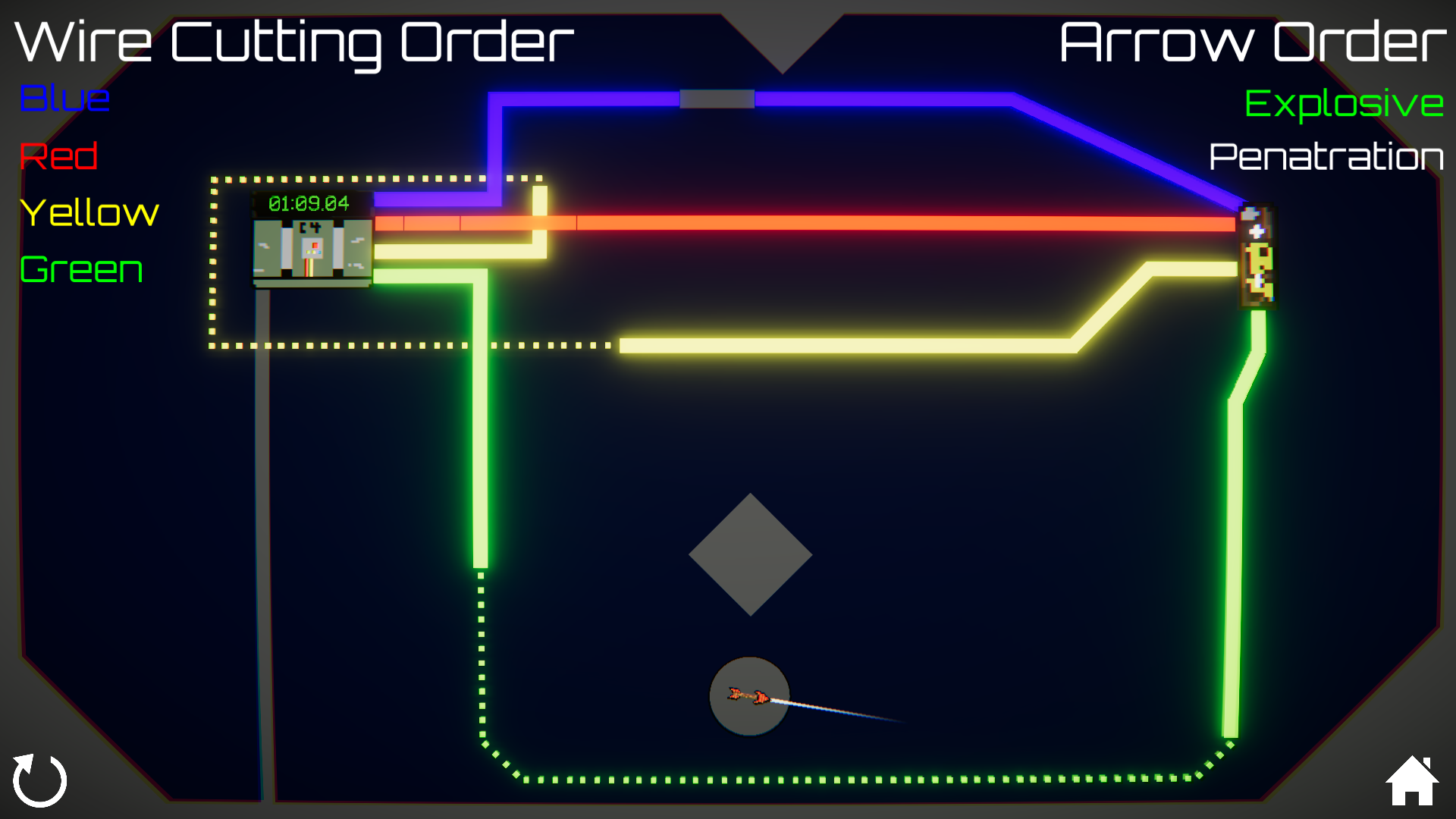 Race Engineer is a racing game where you build your own fully simulated car. Achieve perfection in design by creating a car perfect for each track. Tight corners and narrow straights, you'll need higher downforce at the sacrifice of higher drag. Wide corners and long straights, maybe higher power and lower drag. There are an so many possibilities! What will you create? 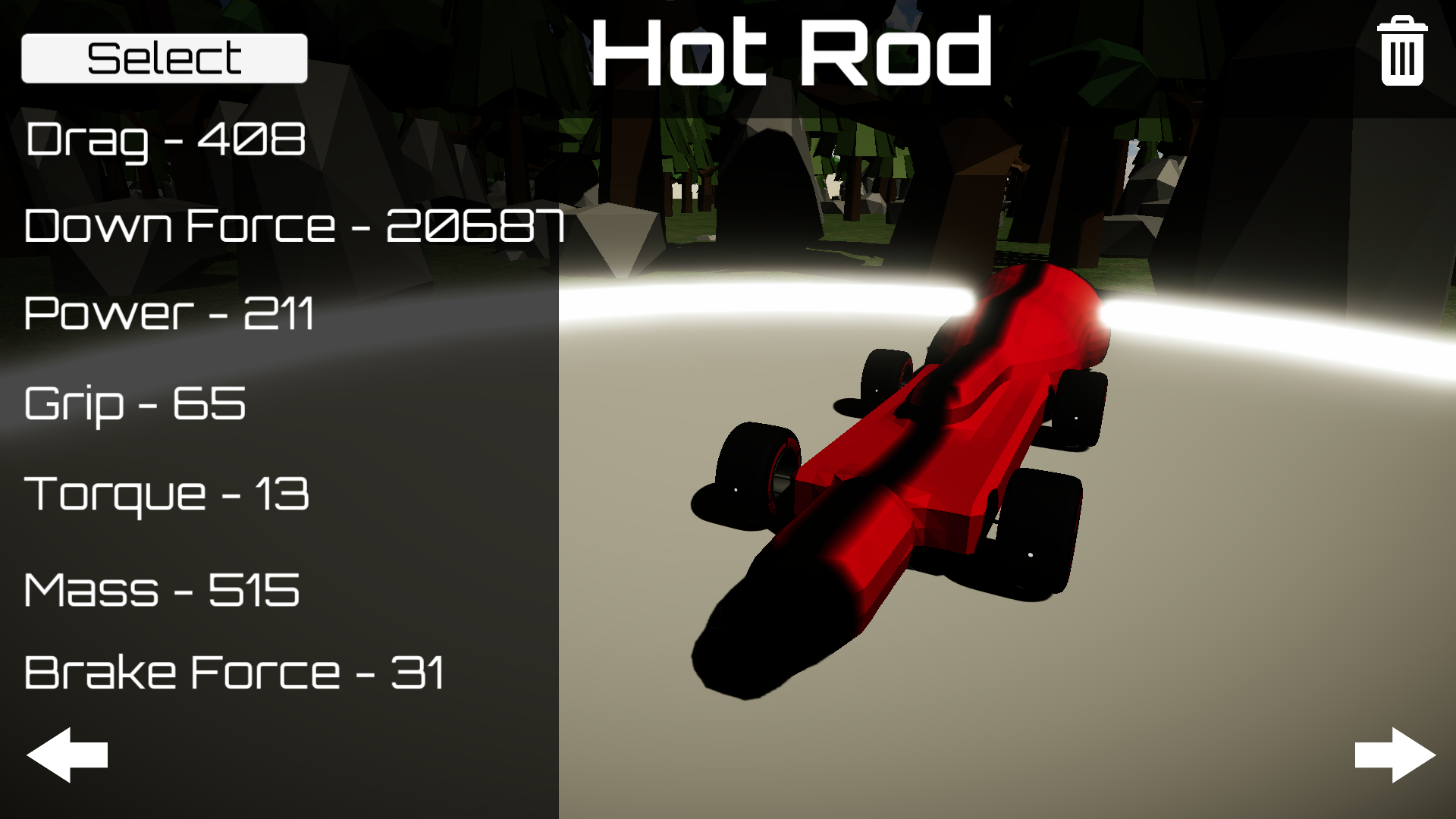 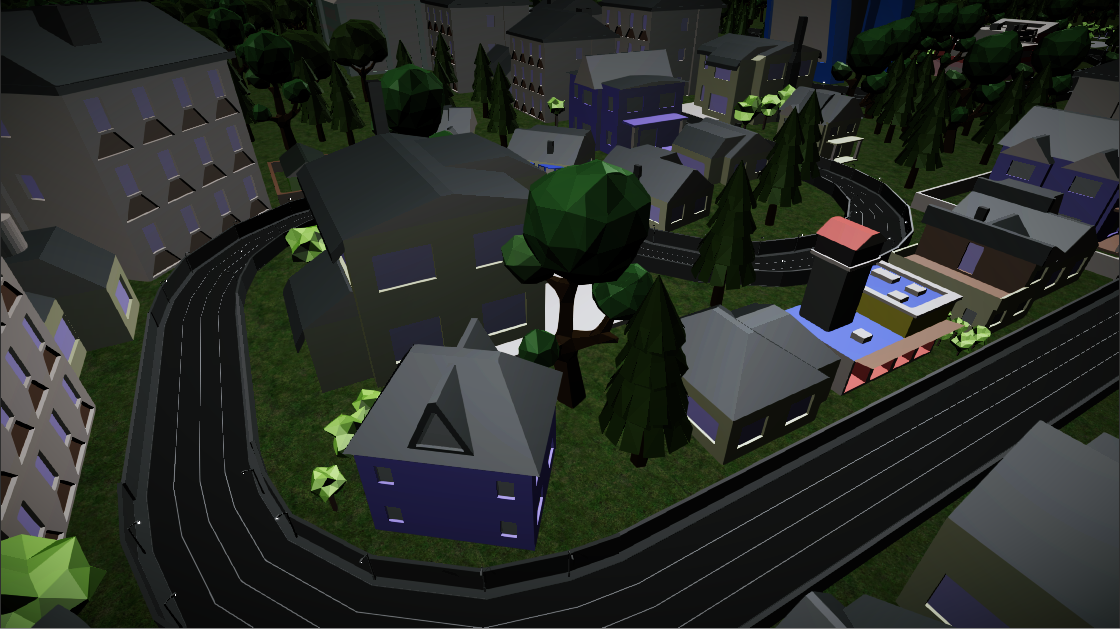 LinearMAX is a 3D modeling software for beginner. Learning to crate stunningly beautiful 3D models has never been easier. The intuitive design of LinearMAX makes it the perfect introduction. 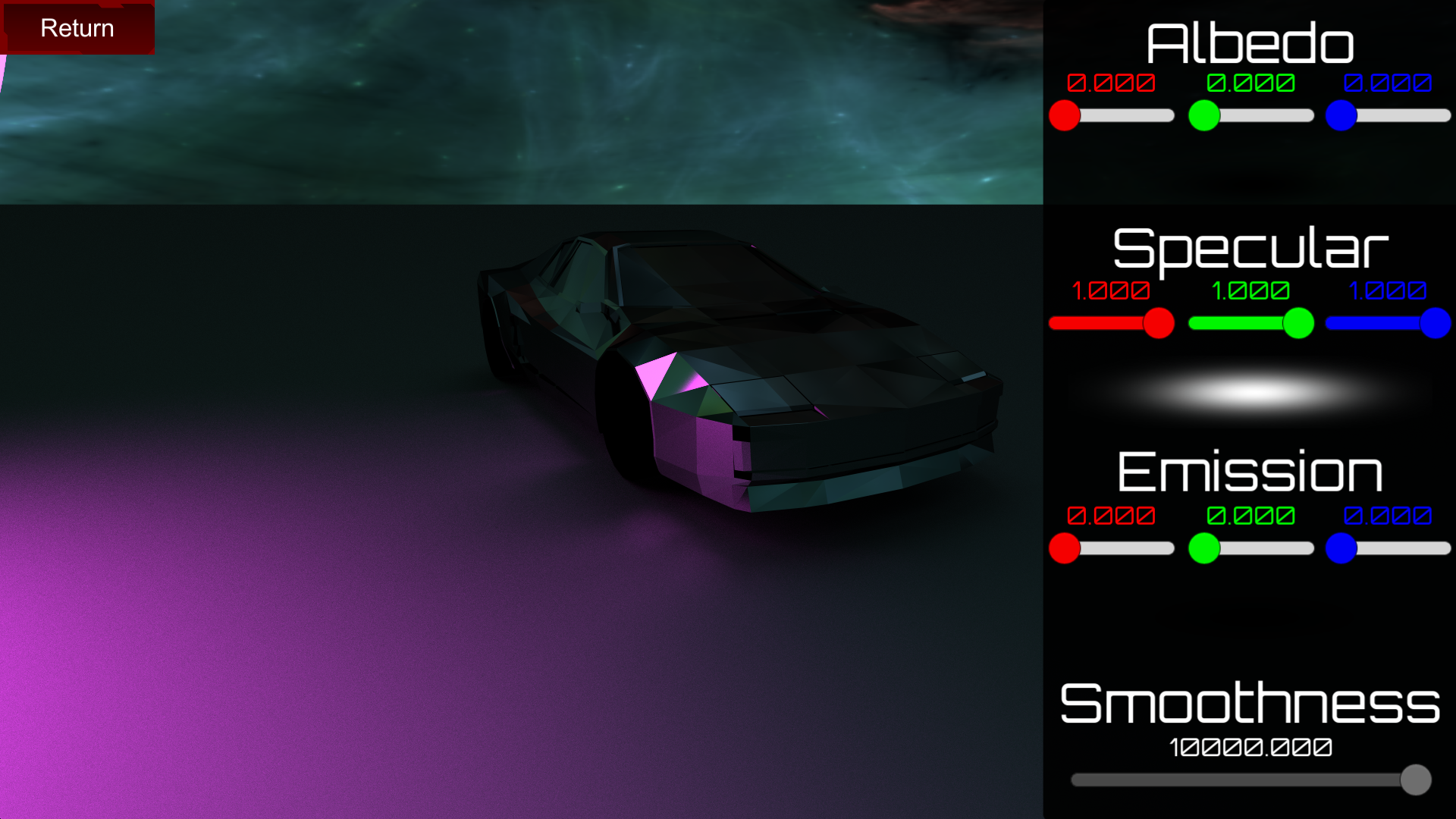 While this software is NOT a replacement for Blender, Maya ect... the ease of use makes it ideal for beginers! 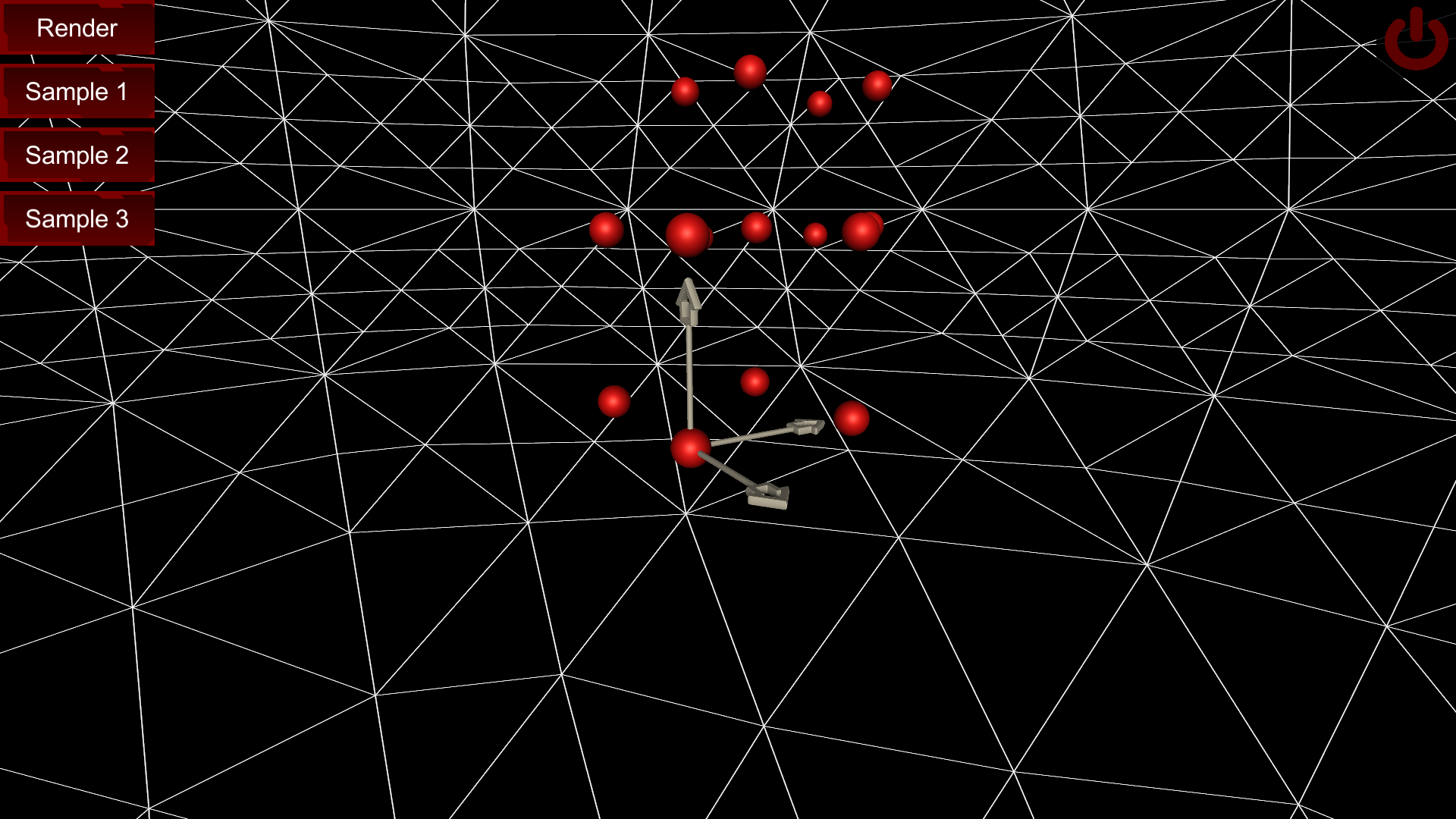 Message To Admins Of Itch.io -

My primary account had been banned from commenting/posting (which is why I am making this release announcement on an alt account). I do not know why this ban was placed on my primary account. Support has not responded to my emails for months. Will you please let me know how I can become unbanned? <3

Reply
itch.io Community » General » Release Announcements · Posted in I just released Metagroove - its a free tool to make visuals with your music. Looking for feedback!
TouchedMoon7281 year ago

Absolutely Amazing. What technique did you use for mesh generation?

In this retro, fast paced, pulse pounding experience you will fight through hundreds of intelligent enemy fighters in 5 unique scenarios and environments with 25 weapon combinations! The sound design will give you goose bumps as you blast your way through each scenario!

The sloping mountains of East China.

The frigid peaks of Northern Russia

The intense Alpha Simulation and many more!

Hell Wall is the only  horror game about ice axe climbing. In this short experience you will climb through five layers of the Hell Wall, each more terrifying than the last. Be wary of what creatures may be climbing up after you though... 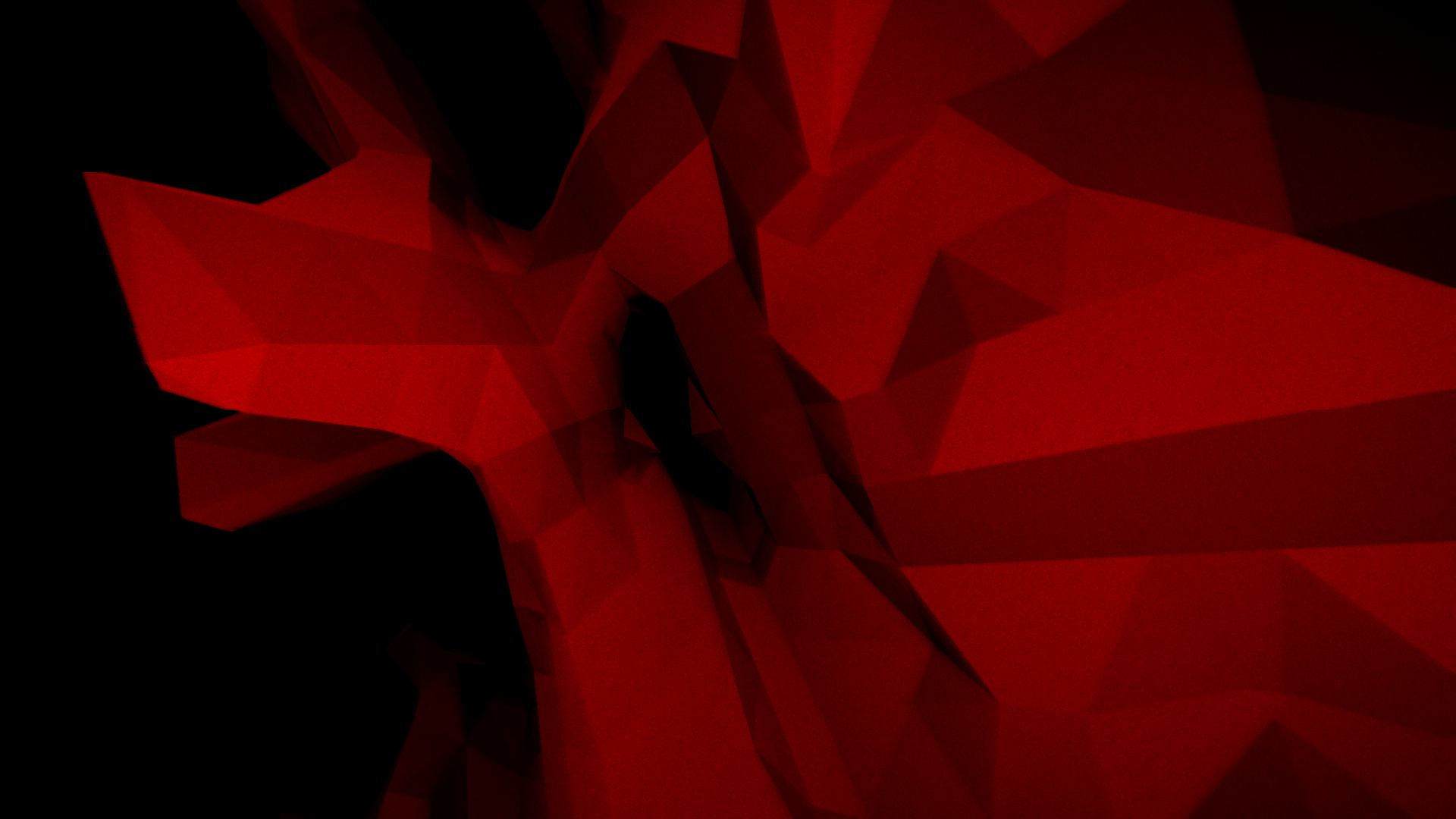 The Deep Black is a procedural solar system toy. You can generate a very wide variety of worlds with many unique features including, caves, hollow worlds, destroyed planets, and other interesting effects. 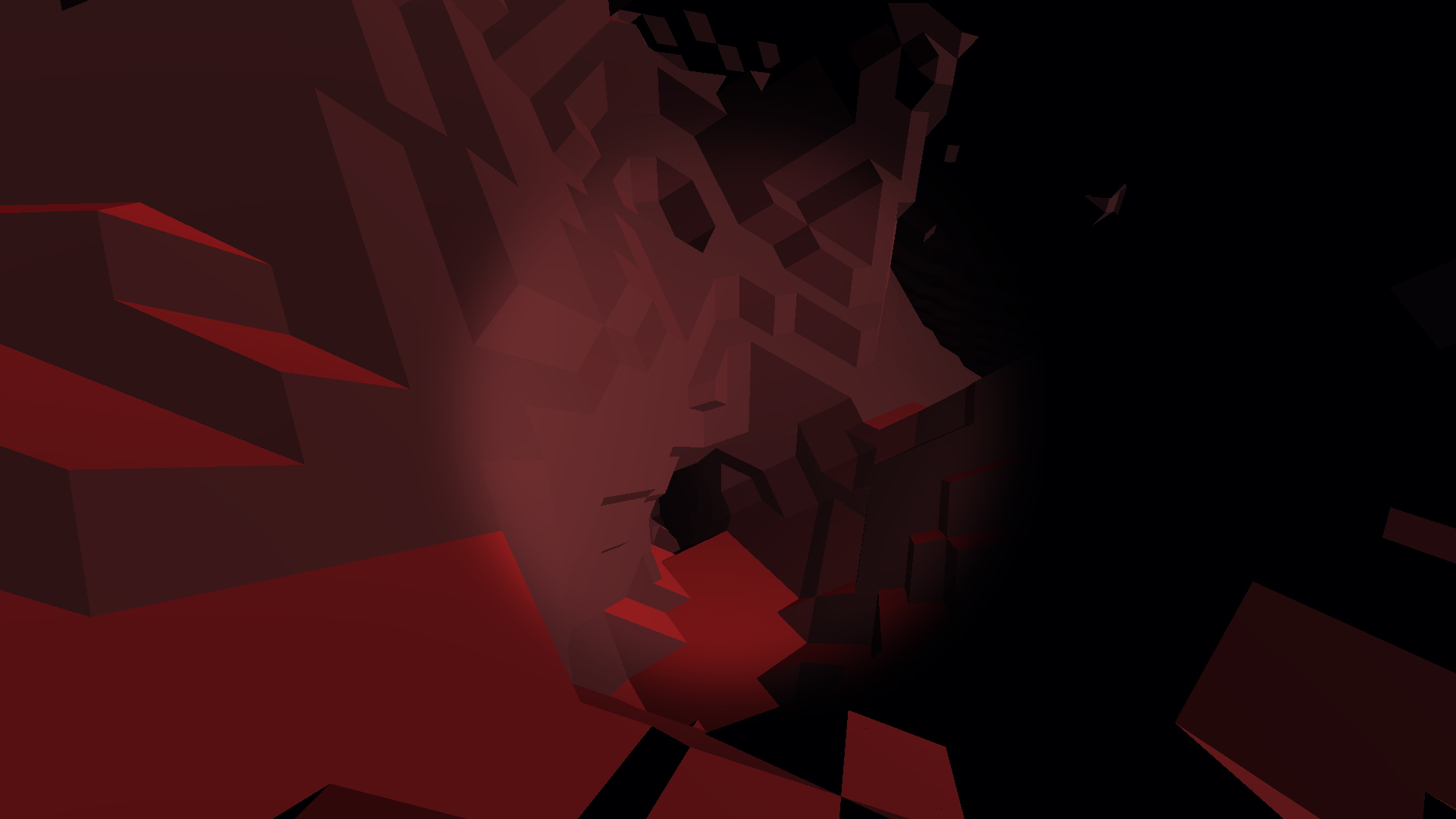 You have many options which will control the manner in which the system is generated. The planets are generated  using my unique implementation of the Marching Cubes Algorithm. 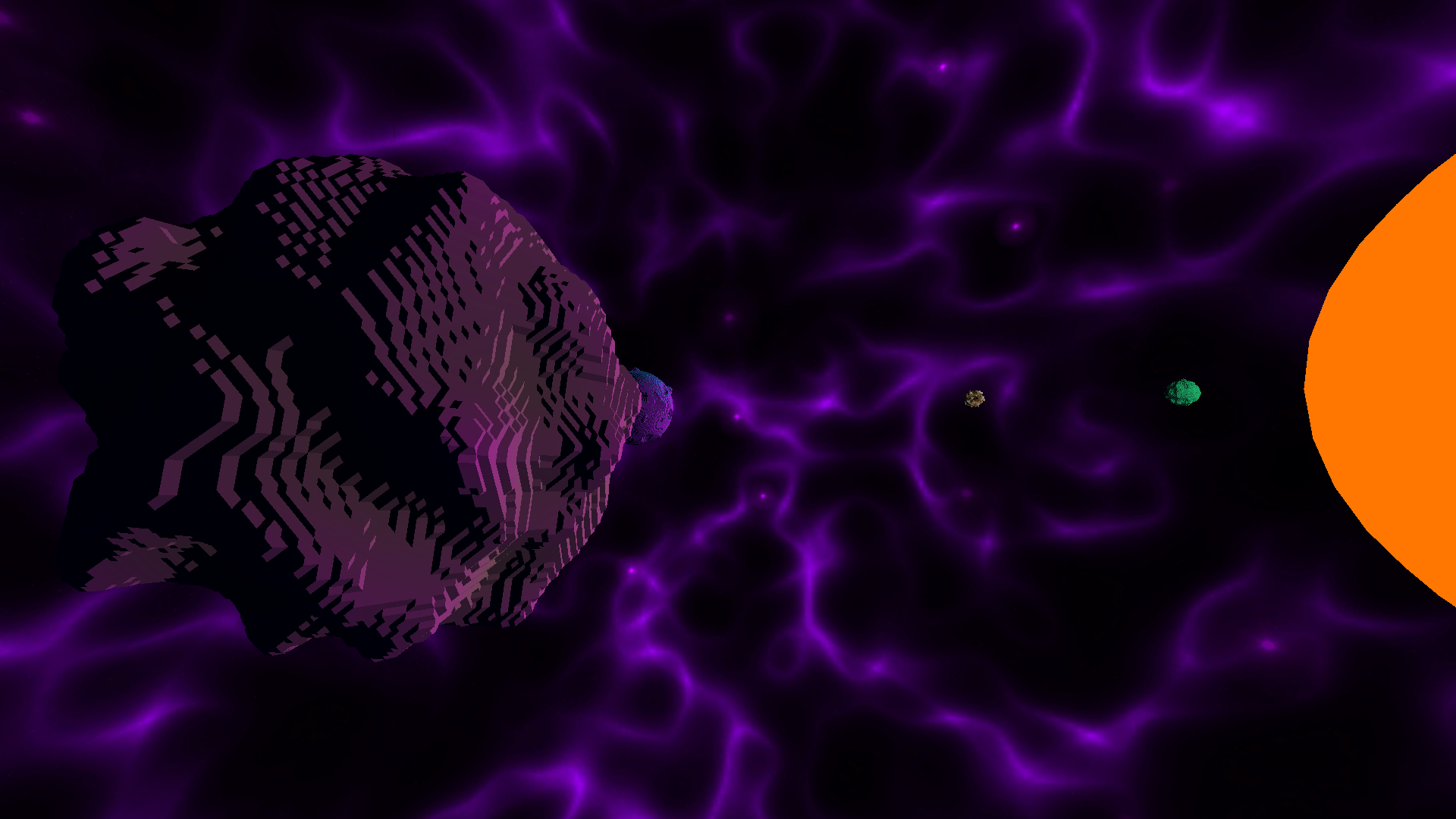 Note - This was posted from my alt account as my main account is banned from comments and posting for a unknown reason, please return permissions to my account <3.

In These Caves is a game centered around the events of the "Limewell Incident." A group of spelunkers disappeared in Limewell Cave System in Arizona and authorities refused to search the caves which the Spelunkers were last seen heading to. A group of people who personally knew the spelunkers sent a drone into the caves to find evidence of their disappearances to show the police and convince them to conduct a search. Two days after the group left to use their drone, they were all found dead 2 miles away from the cave in the middle of the desert. The local police would not release any more information about their deaths claiming they were conducting an investigation. Over 13 years later and no more information was released to the public. This game depicts the view of possible events from the drone. 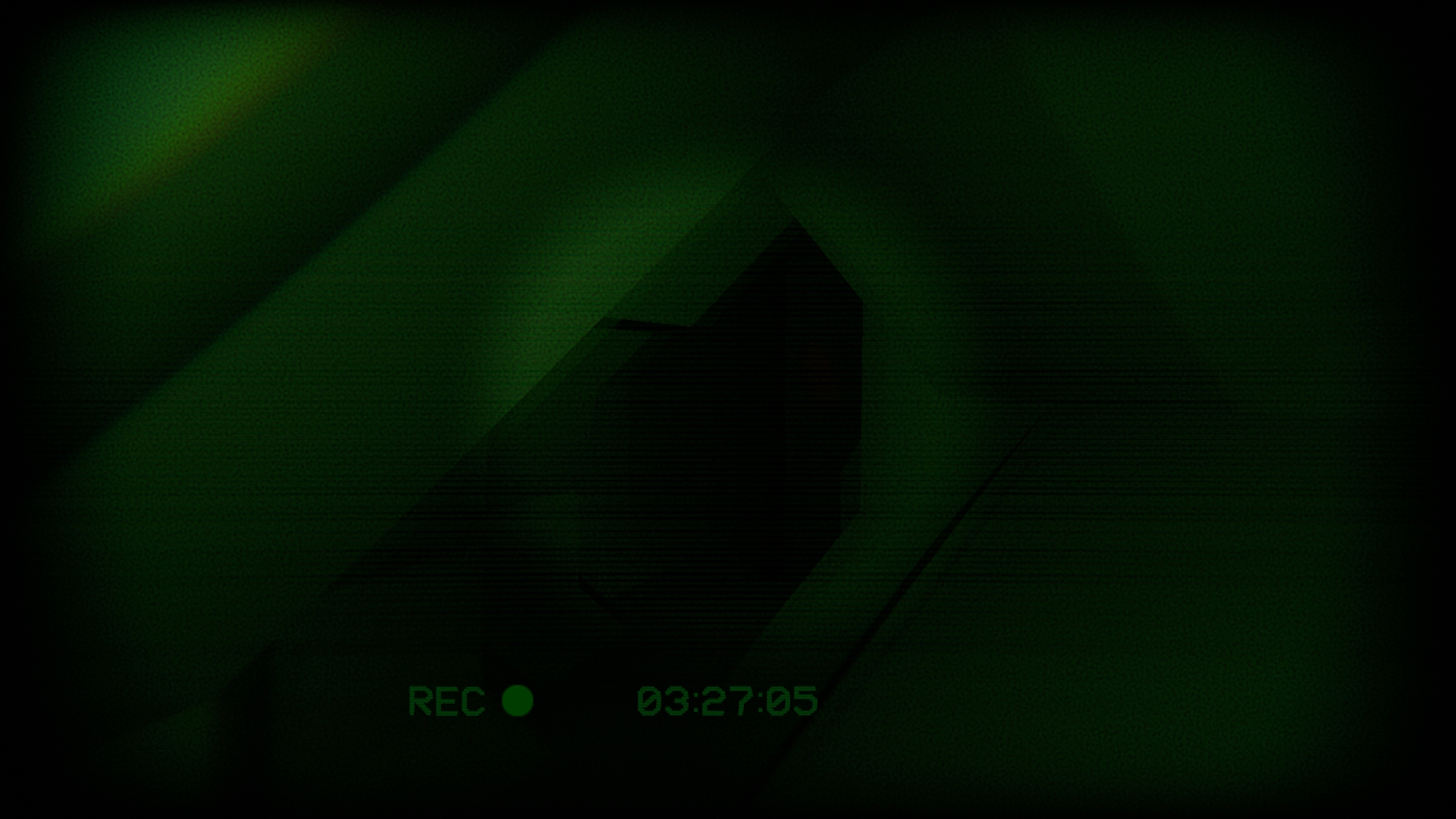 Each game a new cave system is generated from scratch and will be completely different. To implement this I used a 3D Perlin noise library to create a chunk of data with each vertex of the chunk represented by a Boolean value. Next I used the marching cubes algorithm to construct a mesh representing the data held within the chunk. Finally I connected the chunks together to form a flowing world. This was the most difficult step as the index math regarding these connections became rather complex very quickly. To achieve the VHS style aesthetic I used an image effect shader combined with the Unity grain and color correction post processing effects along with a slight vignette effect. To ensure that each cave generated will be large enough for the game to function well I found a rather clever fix. I simulated a particle system with collision and released thousands of particles which would bounce around the cave. When the system finished I calculated the farthest particle form the origin and if it was above a threshold, the cave would be deemed large enough. 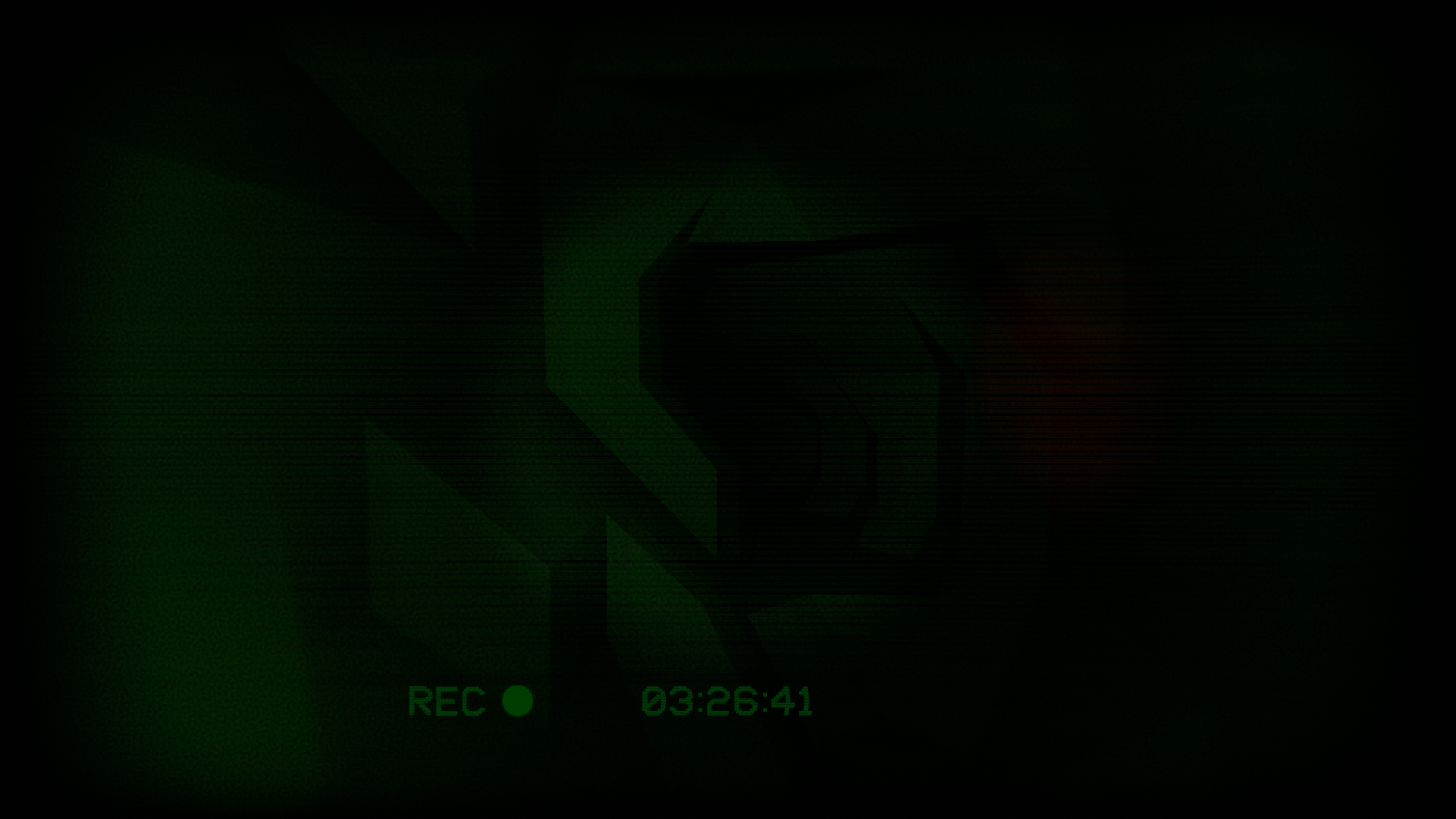 You must scour the cave system searching for evidence of the explorers, marked with glowsticks. Victory is achieved by collecting enough evidence. Will you solve the case of the "Limewell Incident", or will you too be consumed by whatever force resides in the caves. Can you hear the whispers...

It Sees You is an antique looking game about a real world event. After multiple people disappeared without a trace in the Bennington Woods, no bodes were found and no one knows what happened. This game is my artistic representation of the events that could have happened in those woods. A secondary motivation for my creating this game was to showcase a procedural animation system for the... well I don't want to spoil anything. 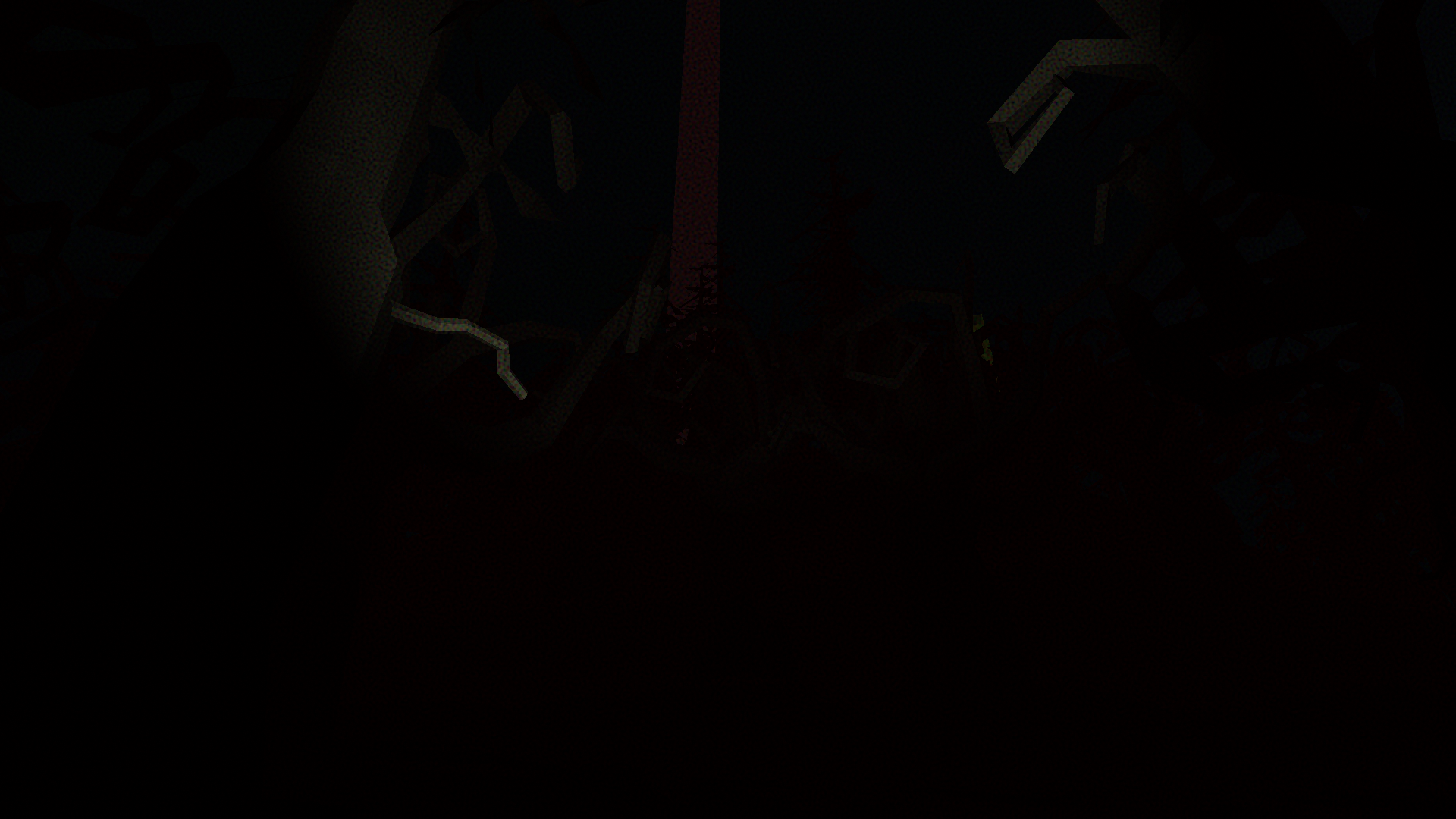 In It Sees You the player becomes lost in the Bennington Woods during a hike on a pitch black night. Armed with a flashlight and a taser (brought for safety on the hike) the player must find her way out of the woods by collecting clues. But in the distance you swear you hear a noise. Maybe its just a deer, or a branch falling. Its probably nothing. 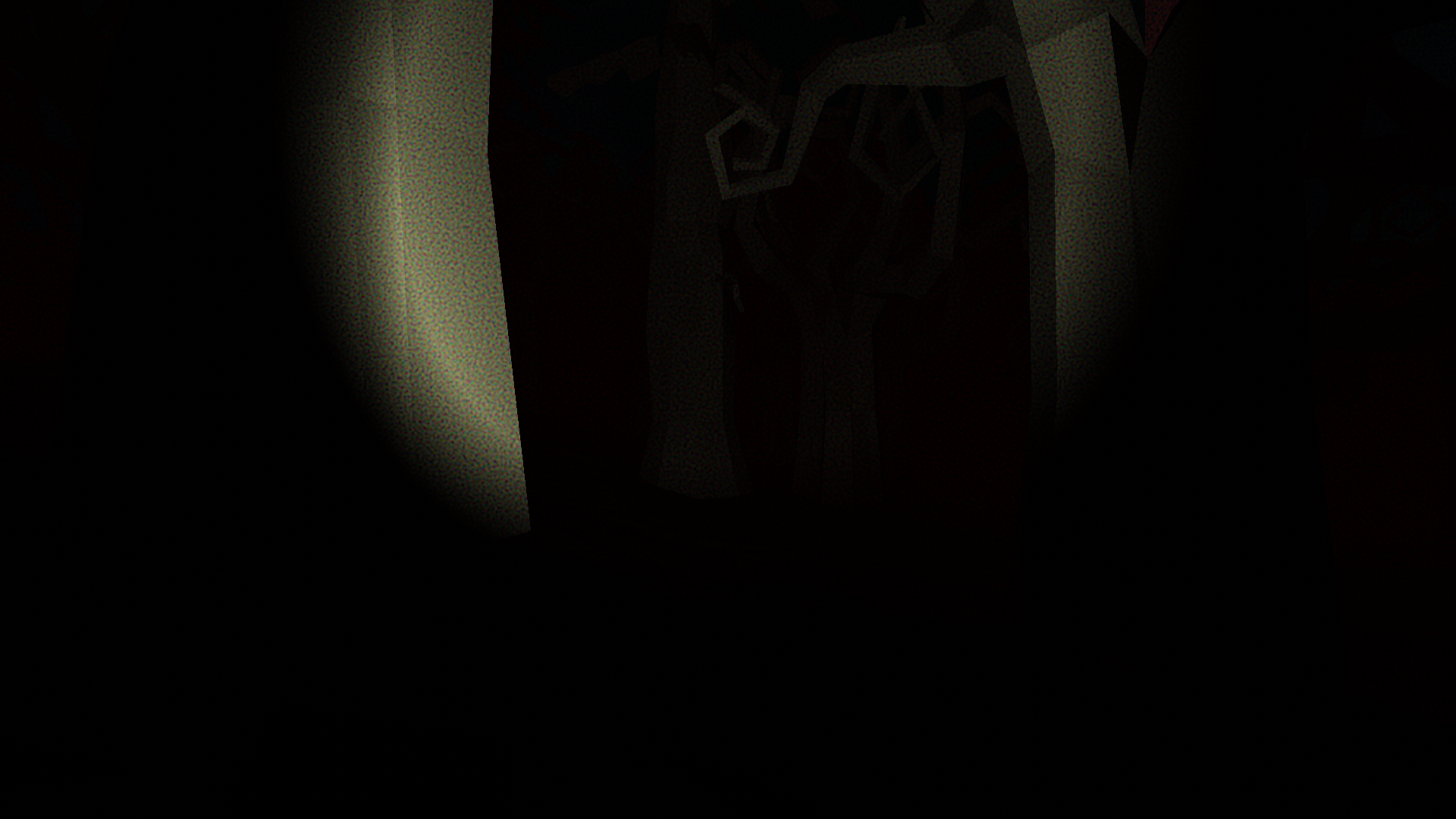 The Bennington Woods was as coined the "Bennington Triangle" after a series of 5 mysterious disappearances from 1945 - 1950. No one knows what happened to the hikers who vanished during this time. Nick Crowley covered this case on his YouTube channel, providing the inspiration for the game. This project represents my idea of what could have happened to those souls on the days they vanished. Will you join them in their tragic deaths, or will you survive to tell the tale and finally find solve... The Mystery of the Bennington Woods.

I am posting from an alternate account as my main account is banned from commenting and posting for an unknown reason. I sent a support email over five months ago asking for the reason and have yet to receive a response. Please let me know why my account (in the link above) was banned from posting. <3