I really like the game! Nice attention to details, and just extremely stylish! Also short enough to complete, without fillers and repetition - and with a satisfying ending.

Thank you for playing, I'm really glad you like the game!

Right now I'm moving this project to Unreal Engine 5 and planning to update and improve this mission as well, so hopefully it will evolve 🙂

According to packaging settings, it seems it's only for 64x bit systems.

Sorry, I'm not sure, it's an old project. I'll try to check next time.

Thank you for playing the game! You did really good job by playing such an early build )

I'd like to mention several moments for those who will decide to also try it:

You can choose the same amount of positive and negative passive effects in the beginning.

Enemy attacks can't be interrapted if they already started attack animation, so player have to block or roll to avoid damage.

If you block in the last moment, you will parry and interrupt enemy attack.

I'm avare that rifles sometimes are not hitting target, will fix it.

In the second half of the video - enemy who was trying to attack the player (with knife icon above) was trapped on the first floor, so all other enemies was just waiting for their turn to attack because only one enemy can actively attack player at a time.

Thank you! I'm really glad to hear that.

Thank you! I am really happy that you enjoyed the game! I'd like to develop it further, but I need to discuss it with our team members.

Thank you, I'm glad you like it. I also think our writer did really great job!

Thank you for playing the game, I was really excited to see your playthrough! Yes, it is the full version.

The Inspector: Complex Arms is a first-person shooter with action-RPG elements made with Unreal Engine 4. Game takes place in sci-fi universe of alternative future. As the Inspector of the United Government you are tasked to investigate illegal activities of the Complex Arms corporation on the Moon.

Hello, I would appreciate you taking a look at my new game: https://tnnv.itch.io/the-inspector-complex-arms

Thank you in advance! 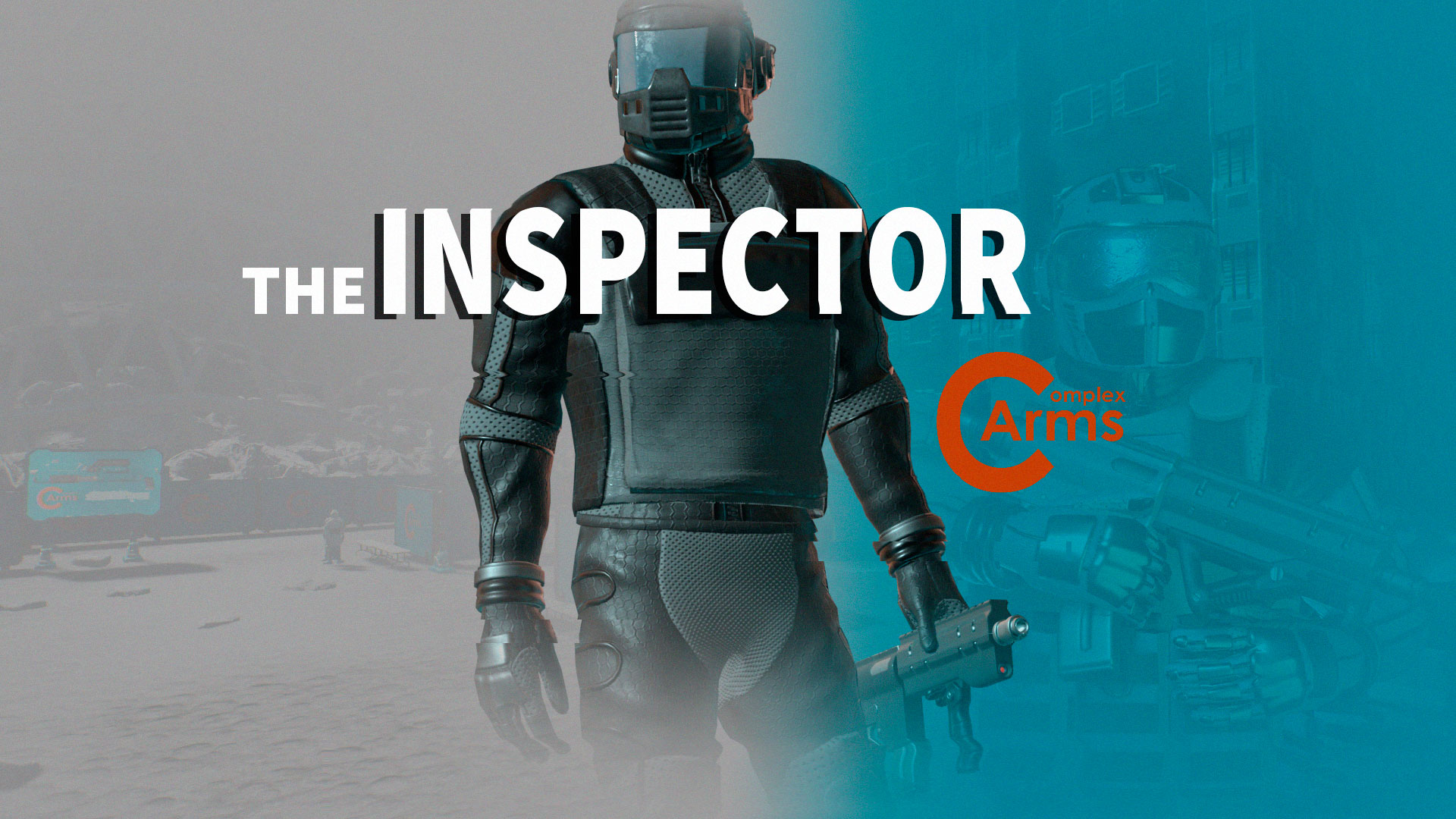 Hello, I would appreciate you taking a look at my game:

It is first person action/rpg made with Unreal Engine 4. Game is relatively short (can be completed within 40 minutes) and may still contain a few issues, but with your feedback can be improved greatly.

Thank you and I hope you enjoy the game!

Thank you! Can you please tell me where did you found bugged weapon? It is probably already fixed, but still maybe I miss something. Or maybe it is because there is a limit - 10 weapons at the same time in inventory.

Hello! Would you like to work on the music for first person shooter in sci-fi setting? My project is non-commercial and on the late stage of development, with music currently from https://www.purple-planet.com/.

If you are interested, please contact me here or on discord (Tnnv#2133) so we can discuss any details.

Thank you! It is still in development, so hopefully it will become better)

The Inspector: Complex Arms is a first-person shooter made with Unreal Engine 4.

The game is about the Inspector who must reveal the illegal activities of the Complex Arms corporation.
Game features some action-rpg elements, such as leveling, equipment and skills system.

The core functionality of the game has been completed and now I am mainly working on debugging and polishing the game, so I decided to make an announcement. Any feedback will be appreciated.

I hope you enjoy the game. 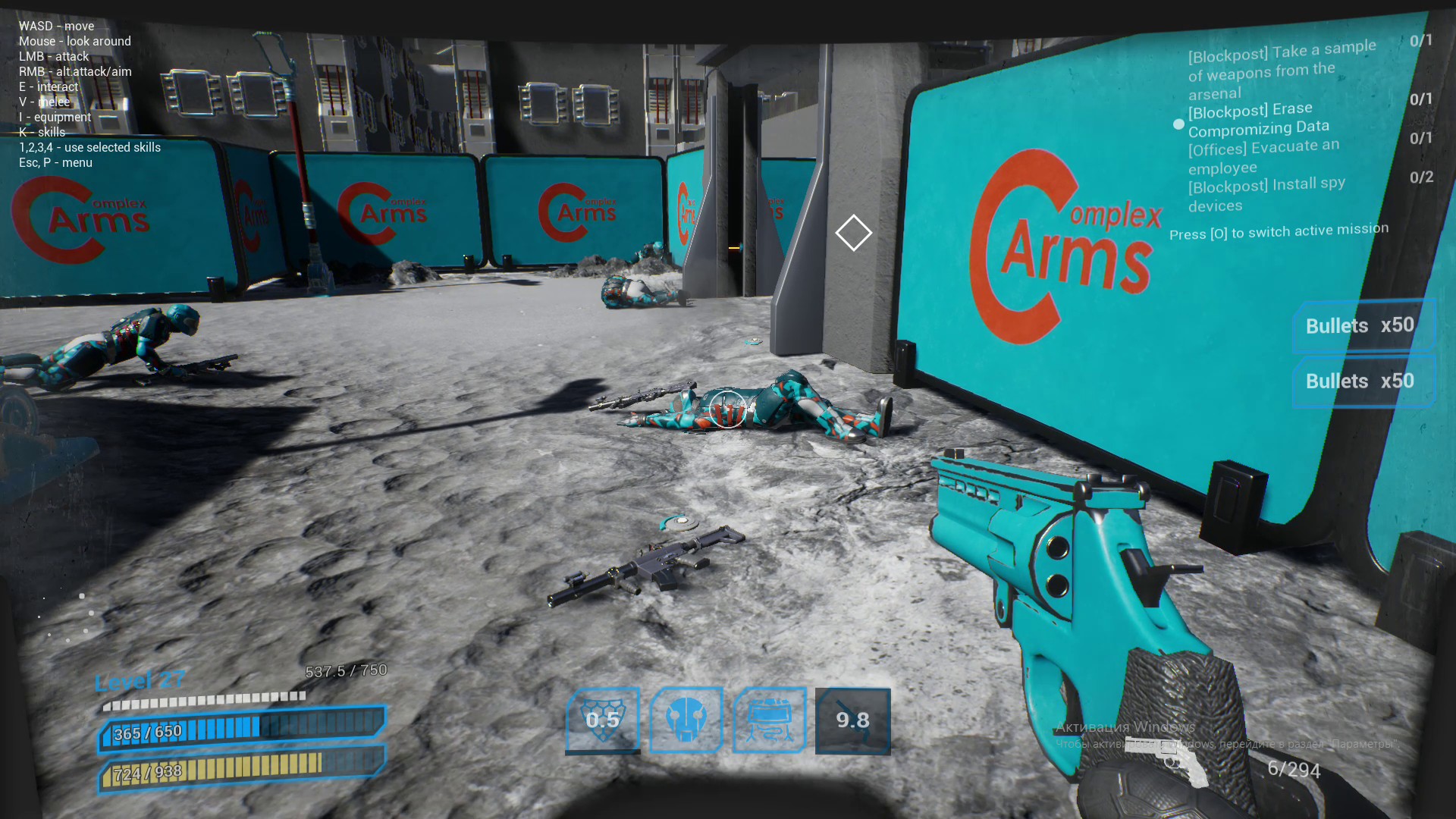 Thank you! And thanks for telling about bug, so I can fix it on the next update.

Thank you for playing the game! For a game on such early stage of development you did very exciting playthrough, which will help me to improve the game greatly in future.