Cool, don't see games like these in jams often :D Super nicely polished, with the music and all it feels great. And gamepad support!!

Nice concept, good rope physics and clear gameplay! The objects were a bit hard to find without pointers in-game but that's how jam games are :D I like that you included a map on the page though, creative solution.

Such a wholesome concept around a theme that really hits home for me! Missing pet posters are always so endearing, and I think this challenging quest really captures the feeling you would have if you put one up. I think the way everything clicks together, like 3xBlast also said, could use some work; it didn't really feel satisfying yet, and the level is set up a bit too specifically for one course for my taste. But there's definitely something in here, and the visuals are lovely!

Cool concept! I think the sounds can get a bit monotone, but I can also imagine this working with two parts of a melody, or something. Not with 10 at a time of course. But nicely done, and good to see what the elusive DenVosReinaert was up to :D

I didn't like the controls, also sad that I couldn't play with gamepad. The walking felt a bit iffy and it feels like you "hang" somewhere when the destination isn't viable. I understand why you didn't go with WASD but again, gamepad? 👀

But the visuals, polish and voice work made up for this, very cool end product!

Cute! The squirrel design is amazing haha. This is a freaking horror game BTW, the humans are terrifying. I think it would be cool if you could run under park benches and swings and run up trees to avoid them; right now you can only walk on water (?) to avoid them, which feels strange.

Even though it seems unstable, it's one of my favourite concepts. I like the risk/reward of taking long versus short rounds. With some polish, better UI and an improved tutorial, I really see this turning into a gem of a game!

For others: if you reload the game, oftentimes the "Endless" button works. Don't go off the grid and just try to stick to WASD. Also, digging for the Golden City is done by clicking Dig (I first thought you ended every turn trying to dig, so I failed my first 5 games haha).

Great atmosphere! I thought it was a bit long for how many mechanics it had, and some elevators took really long haha. But overall, nice concept and very well executed. The rules were very clearly communicated and I liked that you implemented a field-of-view system! All the lighting looked great as well as the animations. And a last shout-out to the simple but nice audio and music! Well done.

Nice to see a game jam with poetry, I really liked the vibe in this game. I think the hitboxes could use some work (they didn't "feel" fair) and maybe it was just me, but I thought I was looking for a ring object at first, because of the tutorial :) When I returned to the page I got that all that glitters, well, was gold!

Haha, they did on my first try, but I scored lower that time

Sweet! Would be even better with some catchy music to dance along to with mom T-rex 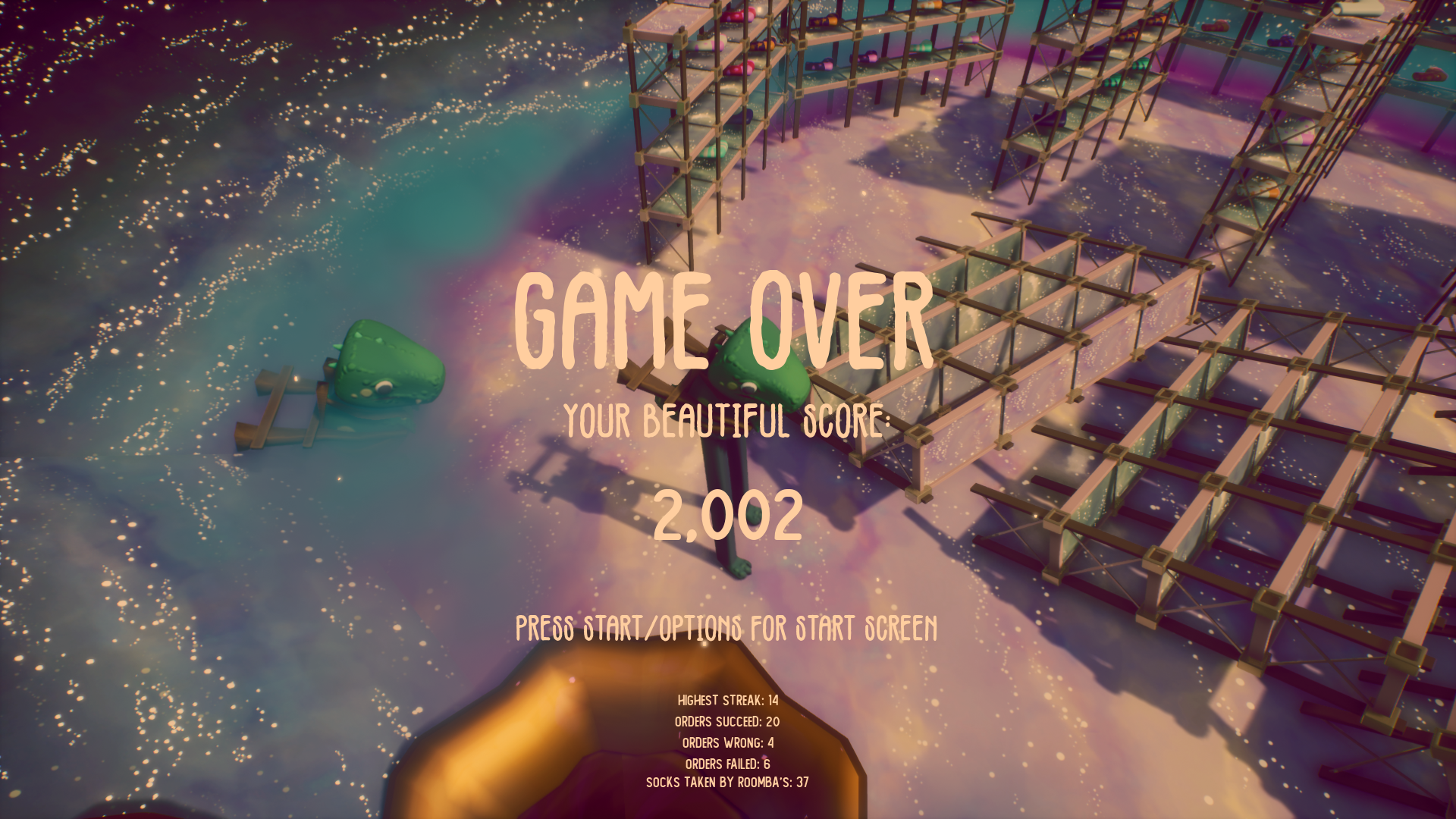 I love the vivid colours, I only understood at the end that I could switch tools, I thought they were some kind of power-ups first haha. I don't feel like 144 is a high score but it says I'm top 5?! I bet you say that to all the players

Cool voice lines and nice music! My highscore is 150 :(

Really well done, I love the effects when you change the paintings, it feels wholesome. The music cuts a bit jarring and I sadly didn't finish it yet! No spoiler tags on itch.io I see, so I will leave it at that :D Lovely concept and great execution!

*hug* Cool that you still uploaded it, too bad it didn't work out — I can imagine chess takes quite a while to replicate from scratch! The sprites look amazing though, did you do those yourselves? The idea also sounds cool, so who knows you can make a spiritual successor to this one day :)

One of the most fun mechanics I've seen in this jam, as a quick puzzle game! I was very stressed out by the guards, I guess I would have liked to know a bit better what they actually did haha. It would also be nice to see an indicator of whether your crow can fly where you click, or if he would land on the route. But I understand game jam games need to make do :D Also, excellent crow sounds!

Wholesome relaxing dog walking game, I will walk my dog every day until I meet someone again... please be there!

Cool, super polished puzzle game that's most reminiscent of minesweeper! I would like to see something where the difficulty is in the first time you play, instead of memorisation and trial-and-error, but so far it's very entertaining and again, impressively polished!

Lovely and wholesome short experience, you can almost taste the atmosphere when reading the descriptions :)

Great idea! I'll get back here when I've played some of the games that haven't had much coverage.

On a similar note, a reminder that there is a page for games that have had none or few rankings yet!

Fun concept, thank goodness for the multiple camera angles. Pretty hard though once you need containers and ramps :D

Ah thanks, wow! This is very useful. I didn't want to make the opening post huge, but maybe should have noted that I did make some adjustments to the scenario, and that the players were unexperienced in RP. So I kind of felt that they were trying out different playstyles, where they started like I had intended but in their experimenting kind of deviated.

I supposed I forgot some rules in the heat of play, like the crossing swords one. Rewinding also sounds super useful (I used it a fair bit, but this extent of giving alternatives sounds rad, esp. for less experienced parties).

These tips are great! I'm thinking about trying this with more hardcore P&P RPG'ers, so I thought I'd post these questions beforehand. ;)

(and yeah, for some intents I think using Mutagen or core Goblinville would be better suited, but I just really love the tone and setting of Picaresque, and thought the mechanics added to it wonderfully, with the titles and Shame and everything. So thanks!)

Hey! I played Picaresque as my first Goblinville adventure, merely because I loved the theme and could immediately envision what it would look and feel like. Rest assured, it was pretty much as I expected, meaning hilarious.

I had trouble with one thing, and I should note that I normally play D&D: the group figured out after a while that checks are pretty easy, always 50/50, and started doing insane things (in a bad way). Like, they robbed a bank by attacking all the armed guards because they rolled so lucky, and it made them less cunning/inventive and more 'YOLO'.

In D&D, you would just make a check higher or have them enter difficult combat, but what could you do in Picaresque? Not let them even try 'impossible' checks, or requiring more elaboration of what exactly they did?

The game has 76% positive reviews on Steam, so that's quite good! Looks like a game for fans of Gone Home and the like. I'm very interested in this.

I pressed backspace and the game quit, I learned never to make a typo again