Do you know which version of mac (OSX) you are running? Just click to the apple logo at the top left hand corner and click "About this mac" (https://support.apple.com/en-us/HT201260), and tell me the version number. For example, it might say macOS Mojave Version 10.14.

Title says it all. If not, are there other jams which have a focus on vr games?

That should not be occurring. Try:

Let me know if it works!

Hello! What version is your macOS? Also, did you download the game using the itch.io app? That tends to solve the majority of issues with this version. The next version is coming soon, so mac users can play the Arena Royale mode, but due to a bug I found while making the shrinking circle, it will take awhile to get the next update out. In the meantime, I am working on a multiplayer game which will have an online multiplayer update soon.

From the homepage, press play, then Arena. It will default to death match, and in the top right hand corner is the option to swap the map and mode. If the buttons are not showing,  try adjusting the screen relocation within the settings of the game. You can adjust the amount of bots, their names, properties like health and weapons and more on the right hand side, and press play on the left side!

Let me know if this works!

If you download the itch.io app, you should be able to run it. If you use the app, future updates to the game will be installed as patches, so you do not have to reinstall the entire game again.

Let me know if that works!

I am investigating this issue now, but a new map pack update coming soon should fix these issues (ETA 1-2 weeks).

What steps did you take to fix it? I have other users reporting those same issues. Also, I am working on 2 new maps for the game, which means the mac version will be updated to the latest version once that update releases (ETA: 1-2 weeks).

I am working on a multiplayer mode (it will take a while), but currently I am making an FPS for the UE4 Spring Jam. It will have splitscreen and (hopefully) online play. This should be out in the next few days.

What OS are you using? (Apple logo-> About this Mac). What happens when you right click on the application? Is there a “Open with”? The Arena Royale update to macs will now be fast-tracked, so in a few days it should be out and that should solve the issue. I’ll post updates here on the status of the update.

Project Tetra is planned to be released on Steam for free after the multiplayer update goes live (a few months). This is a period of open beta so that I can get feedback. The “Free-To-Play” aspect is planned to be only cosmetic (like skins for characters or weapons) and that paying money does not affect the gameplay in any way. Our dev team is 2 people. Myself (ProjectTetraDev) and my partner (ProjectTetraDesigner) are the only people that are working on this project.

So far, the game has taken since February 2017 and our designer joined at December 2017. All the programming is done by me, and my partner makes some of the maps (Like Crater and Lakemere, the Arena Royale map) as well as some of the weapons coming soon.

If you have anymore questions, let me know!

This is really fun, and a fresh take on the Battle Royale genre!

Maybe have a feature that lets you skip to before when you died so that you do not have to backtrack.

The new Arena Royale (Battle Royale) update is now out, and I would love to see a video it! (If you do, be sure to follow the Content Creator Guidelines). Let me know if there is anything you would like to see in the game!

Sorry for the long delay, this update took way longer than expected. The update is about to go live, and multiplayer is coming after that.  If possible, could you leave feedback here, or any other features you would like to see in the game?

Here is the image:

Awesome! If you make any future content, please check the Content Creator Guidelines here. I would love to see some more videos (the Arena Royale update is coming soon), and if you get a chance, could you please leave feedback here?

If you make any content, please leave it below!

Glad to hear that you are excited for the new update!

By the sound of it, it seems you want to play Arena Royale with a friend, so would you rather have a split-screen/local multiplayer (about a few weeks) or online multiplayer (a few months)?

Both will be coming at some point, (online multiplayer is planned after the Battle Royale update).

What control scheme would you suggest using?

Thanks for the info! If possible, do you know the approximate FPS that the game was running at? (A rough guess should do)

Does the game crash or is the frames-per-second really low?

Did you navigate to the graphics settings on the menu, or have you tried closing CPU-intensive apps like Chrome before launching the game?

I will try to make a low-res option which will reduce the quality of the textures and meshes, and more graphics options so that everyone can play it. It should be out by the Battle Royale/Arena Royale update (ETA - a few weeks). Make sure that you follow so that you will not miss any updates!

Thanks for helping me!

I used UE4 4.18.3 for the game, and zipped the game files for use on PC. I kept using a usb to try and copy the game to other computers with butler installed to get it uploaded. I might have to do a test download in the future to avoid any of these problems.

(Anyone viewing this later, you can download my game here at: https://tetrastudios.itch.io/project-tetra)

Thanks for suggestions on my game page! I'll put them into the download info now.

It does not work:

That is how the issue happens: I think it's a combination of a zip file and osx-universal.

Ok, I found out the issue: You will need to download it, then open up terminal and write unzip, then drag the application into the window eg:

Press enter, then wait until it has completed. After that, go to finder -> Go -> Home -> MacNoEditor->ProjectTetraAlpha

Thanks for your patience!

Operating System (I also tried on High Sierra and Windows 10):

I'll try and give you the other info later.

The new patch should be a ETA of 30 minutes. Stay Tuned For More!

I can confirm that the issue is prevalent on all versions.  I will keep status updates on the issue and try to resolve it ASAP.

I'm having other reports of the mac version being unable to open, I am now testing it. Stay tuned for more!

Your mac may not have the requirements to run it, but there is one last thing you can try:

Re-download the game from itch.io again. If this does not work, please let me know!

Is there anything else the dialogue box says?

Let me know if this works!

I downloaded the older version and it worked!

I used the channel osx-new and make sure that the file was not a zipped one.

With the newer version, it would be about 5-10 minutes of the progressbar stuck at 100% until the program glitched out for another 5 minutes.

It keeps coming up on Mac and PC, but only when uploading to a certain channel. It keeps working until I push to that channel (osx-universal), and then the bug keeps appearing.

I am using version:

Hello! I keep getting this error whenever I try to push an existing build in butler. It goes to 100%, then the program starts glitching and the progress percentage goes into the minus and counts backwards. 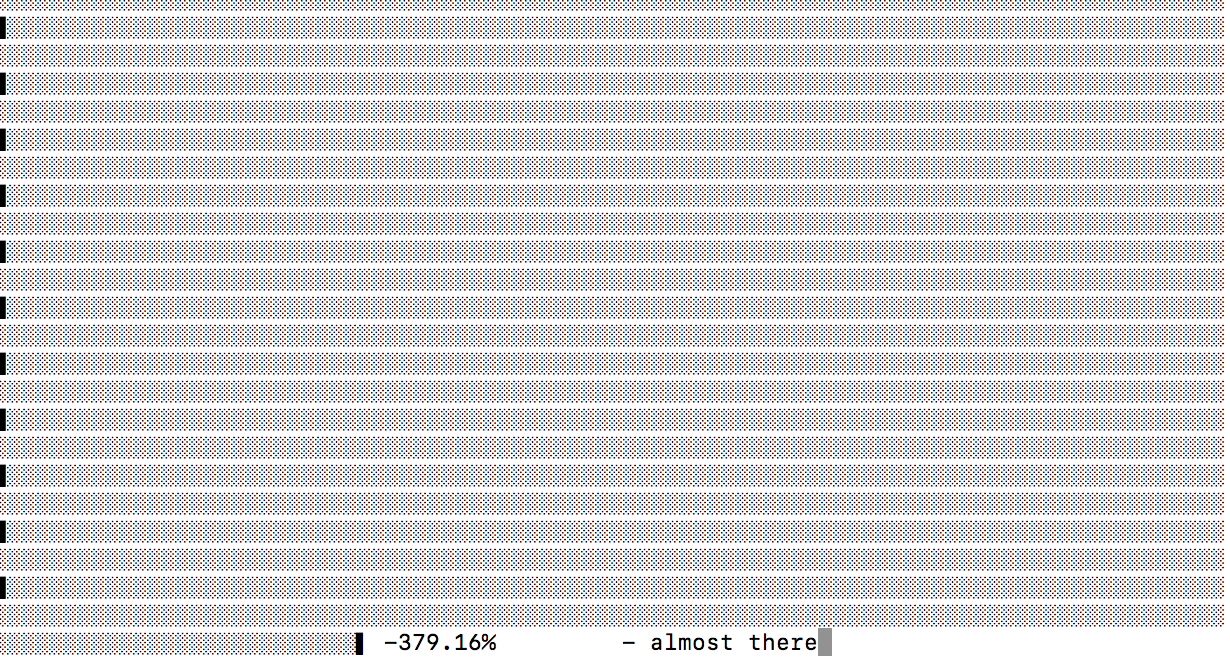 Does anyone know how to fix this? Full error:

Reply
Destruction JAM community » General · Created a new topic Does a new game need to be created in order to enter the jam?
TetraStudios2 years ago

I have a FPS called Project Tetra, and I was wondering if I need to make a new game to submit into this game jam or if I can build a game mode into my existing game and submit that instead.

If possible, could you fill out the survey, as it gives me info about what to improve? Link: https://goo.gl/forms/dNKoWzAWF43Z5zOq2