Sek's Project Manager
This is a basic open-source project manager I made.
SekoiaTree
CAS9
One of my first 3d games. A small parkour? game. It's not very good, and I'd like to upgrade it a bit
SekoiaTree
Puppets
A small shadow theater
SekoiaTree
Bacteriophage
Infect the bacteria by creating amino acids to hijack their system! A game made for the Godot Wild Jam for August 2019.
Maya
Puzzle
Play in browser
Sapro Fight
Your army moves as one.
Zach777
Strategy
One
Only one life! Sneak around and avoid the hats... but don't touch the water
SekoiaTree
Action
Glitch
SekoiaTree
Army of Underlings
Summon minions and survive!
SekoiaTree
Action
Play in browser
Cemetery Fight!
A zombie game with an interesting mechanic for Godot Wild Jam 9. The graphics are still prototypes
SekoiaTree
Action

Ah, I beat the game for real this time

what a bittersweet ending...

very nice :) I'm guessing there's no resources after the bedrock. Since I mined everything, I think I can say I 100% the game

Just a recommendation for next time: it's really easy to build for Mac and Linux, so do :) using wine isn't optimal. Also, you can bundle in the pck and you don't need to do a zip!

Edit: be careful with your palette: in the tutorial, text overlaps with the background and becomes invisible

Nice! I found 2 issues:
- In the 4th? system, the last one without the upgrade, the game crashes if you die.
- The system with the extremely strong sun gravity seems impossible

Hosts should be able to kick/ban people even in-game

Linux too, if possible

Depending on what this was made with, it shouldn't be too hard to export for linux. If so, pleeeeeeaase?

Copy-paste of what I put on the discord:

Okay, that was quite good. The level design was perfect for a puzzle game, and all around it was really polished (although I still don't know what that weird bow was). Elaborating on the level design:

- You had decoration, meaning that if you saw something, it doesn't necessarily mean it's part of the puzzle
- You had a good buildup, starting with 1 and 2 buttons, following up by a basic dimension switch, and building up like that at a good rythm. It feels like the start of an actual, real, steam puzzle game

A couple nitpicks:
- When you swap, there's no way of telling which way is down, except for remembering. A compass of some kind would be nice. Hell, you could probably make it into an element of the puzzles, with "down" swapping as you go
- It was short, and because of the really good buildup, it was quite easy. Obviously, I don't hold it against you since it's a jam game, but I'd definitely be interested in a full version.
- One final, really minor nitpick: the last puzzle, the one to the left of the tram, was just a rehash of the first puzzle.
All around, great job. It really feels like a real game!

I don't know if your engine allows it, but you should definitely export for Mac and Linux next time

Well, it was fun, but sometimes I was confused as to what to reply sometimes 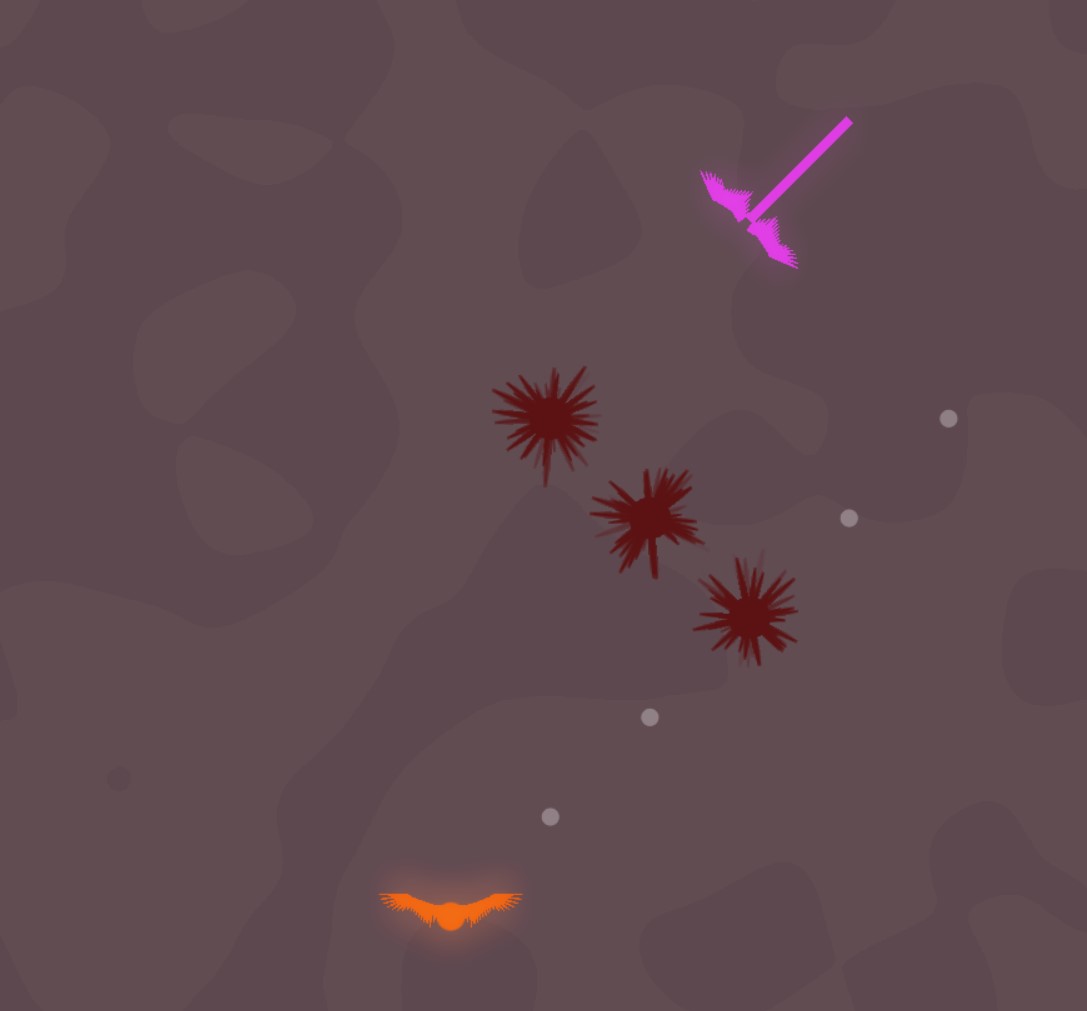 Not sure what I expected lol, it's Winged and John. It's obviously a good game, nice and calm, with well designed puzzles. I have encoutered a visual bug or two, seemingly caused by the portals.

Great job! The concept is really good, the sounds and art are great. The controls are the only point that could be better, because pressing left click was pretty much useless. All around, for a single person with a first jam, very good game

Very nice art, but as Geminimax said, some tearing in the tilemap. There's also some issues with collision (the walls have collision on their entire tile, but on the bottom there isn't much black, so it looks weird) and also with the statue (go under it and up against it). There's one final problem: if you get hit, you're in  a death loop immediately, meaning you're dead. As I said, very nice art, and a pretty good game for a first-timer

found another bug... not intentional. Done by clipping through the wall in the section with 3 platforms 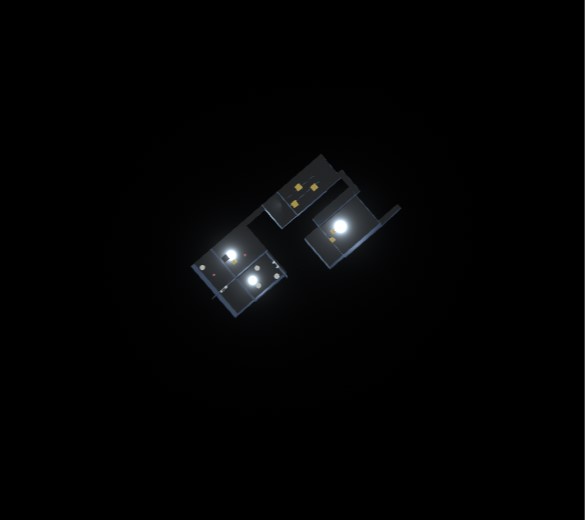 Cool game! It could be nice if the drops were less random (unless I'm dumb, and they aren't), but more based on combos, damage, performance... etc.

Also, with all the comments here, how the hell are you so good??! I can barely reach level 2, and I don't have huge amounts of boosts.

Reply
Godot Wild Jam #20 community · Replied to jbb79 in What is required, of noob game jam person . .
SekoiaTree1 year ago

you're enthuisiastic, it's great!
but please, please, at least just edit your comment instead of adding a new one every time...

And on a keyboard?

there's a couple bugs; the screen doesn't fit my screen exactly, it goes over to the next. After a level is complete, it just loops again and again the real-time version. Also, when moving straight, it activates the bottom jets. Bullets also go faster when turning and moving. Certain things aren't stopped, such as barrier animations and particles. Pushing against a wall moves time, although I'm not moving. I am on windows

I never thought of that. The cooldown and length were the same. :facepalm:

I actually had 4 powerups, the hardest part was making levels! Thanks for the feedback!

mate you ever tried to export to android? + you need to add android controls and stuff, annoying as hell. I don't think I've ever seen a jam game downloadable on android lol

This is an epileptic's nightmare. Please at least put a warning

Haha, this is great, fun stuff. How much of Unity's default stuff were used, though?

Wowie, this was a trip and a half! This was really weird in a good way. There is some weird english, but it kinda adds to the charm. One complaint; it was really hard to understand that the section on you doesn't fall. Otherwise, solid game!

Same thing as the others; cool game, hard difficulty spike. Plus, I messed up on the tutorial, and I ended up with like 0 blessings after a round

All right, I haven't been able to launch it. It says "**ERROR**: Failed loading file 'Stay in the light.wasm'"

The screen is just black for me, but music plays

The concept is great, but there's a couple things that make it annoying:

I like the main mechanic honestly, but the problem is really the amount of content. There was like 4 weapons in the game, which made it repetitive fast, and you end up with a bunch of the same weapons, which has no point (well, on the swords, but that's beside the point). The mechanic is smart, just doesn't work with so little content.

To answer your questions, when I say luck based, I mean that you surviving depends only with the red potions dropping or not.

I agree with Bitron that this could be pretty good as a mobile game, but only if it has a lot of content, because your mechanic only allows that

> I can't stack items that are the exact same

> I saw exactly 2 enemies. That may be because I didn't get far enough (which I doubt, I got pretty far), or  because there are only 2.

> What's the point of keeping Red Potions? Just use them directly

> Wayy too luck based.

> No way of telling how far I got

> I now have 10 dragon swords. It has no use. What I mean by this is I get farther and farther, but items are less and less useful. The only ones that have a use are throwing daggers and red potions

Conclusion: Not enough content. That's the only problem. There's very very little content. I'd recommend adding a resting point, because it pretty quickly gets just "how many red potions can I drink in a minute"

Next time, don't put all three platforms in one folder .

Other than that, very creative and smart

Edit: Wait, it's randomly generated?! AND IT'S GOOD!!

It seems like a really good game, but the english is bad (Edit: actually, only in one place), and some questions are "x or y", and I only have "yes or no" buttons (edit: I have been told that it's volountary, to add more stress). Plus, it's so laggy that I can barely read what it says (I have like a frame every 3 seconds)(Edit: The lo-fi version fixes that). I really like it though!

So, I played the game in its entirety. Here's my review:

THEME: 4 stars. Chain was definitely present, but destruction was a bit lacking

FUN: 4 stars. It was definitely fun, but could have been better. Swinging with the chain is hard but satisfying, but you don't get much chance to do that! Plus, the chain doesn't feel so much like a chain than an elastic, which is OK, I understand how hard it is to make a chain with good mechanics, but I would have prefered to have a chain that collides with the walls, still.

CONTROLS: 4 stars, they're intuitive and there. Maybe reassigning them would've been good.

Thanks! We'll work on all that in the post-jam version!

My entire team is! And I know a couple people also using Godot