Thanks! Don't sweat it though. I appreciate the work you've put into the game and what you're doing with it. Can't stop playing it!

What happened to bread being made with poles??? My whole operation is ruined!! How do you make sticks?!

thanks for your reply, i hope this is fixed soon 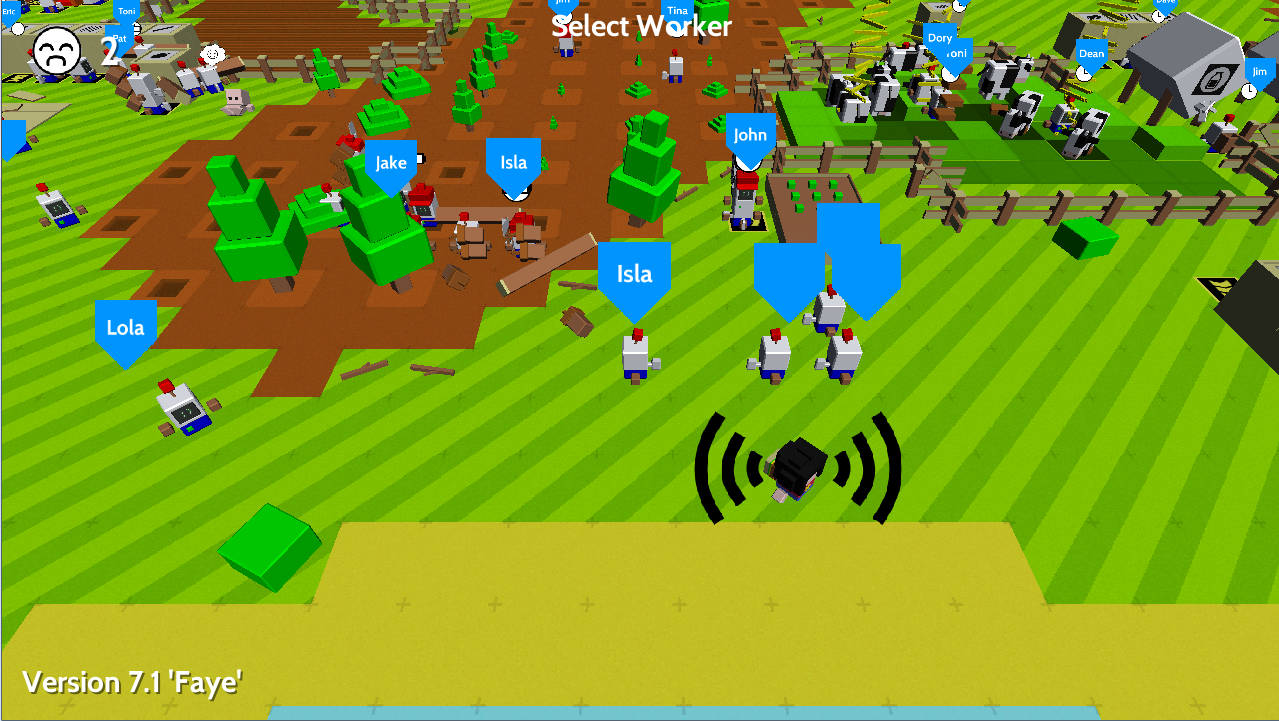 she spawned more!! what the heck??!! >:O
Reply
Autonauts community · Posted in Legend of the Nameless Bot
reiiantheliteraltroll3 years ago 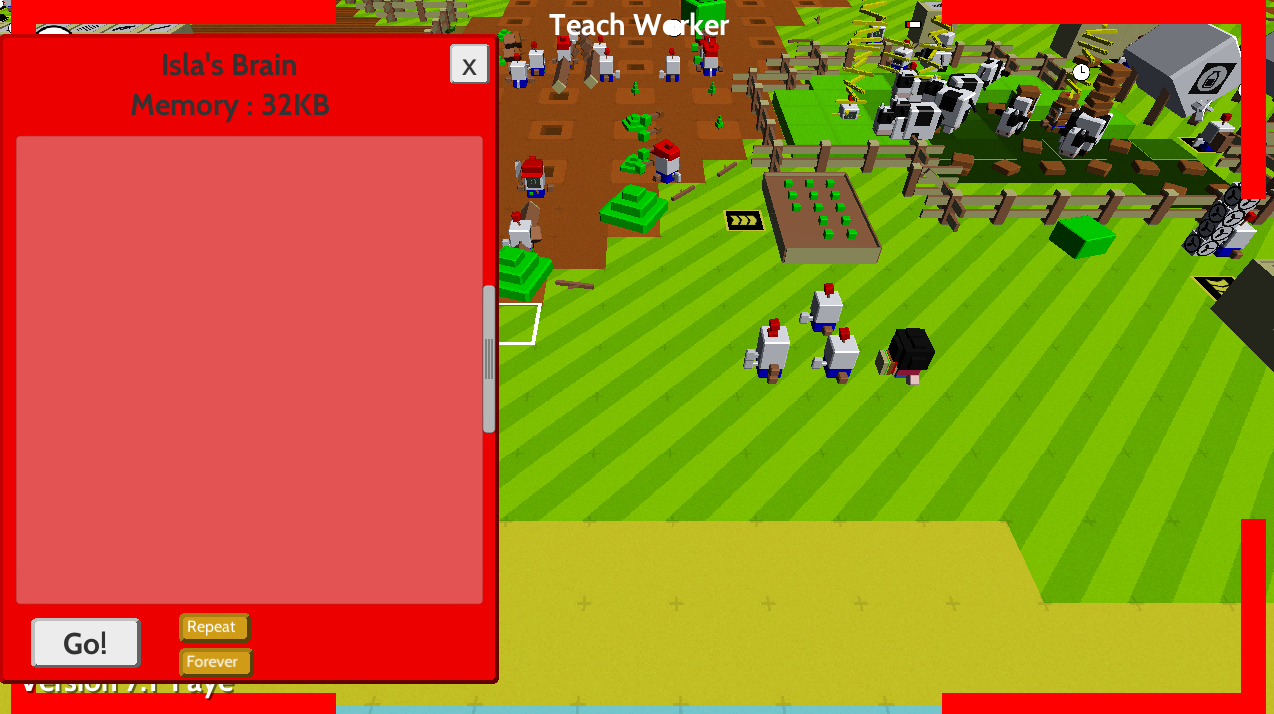 you're not lucy!!! >:(
Reply
Autonauts community · Posted in Legend of the Nameless Bot
reiiantheliteraltroll3 years ago 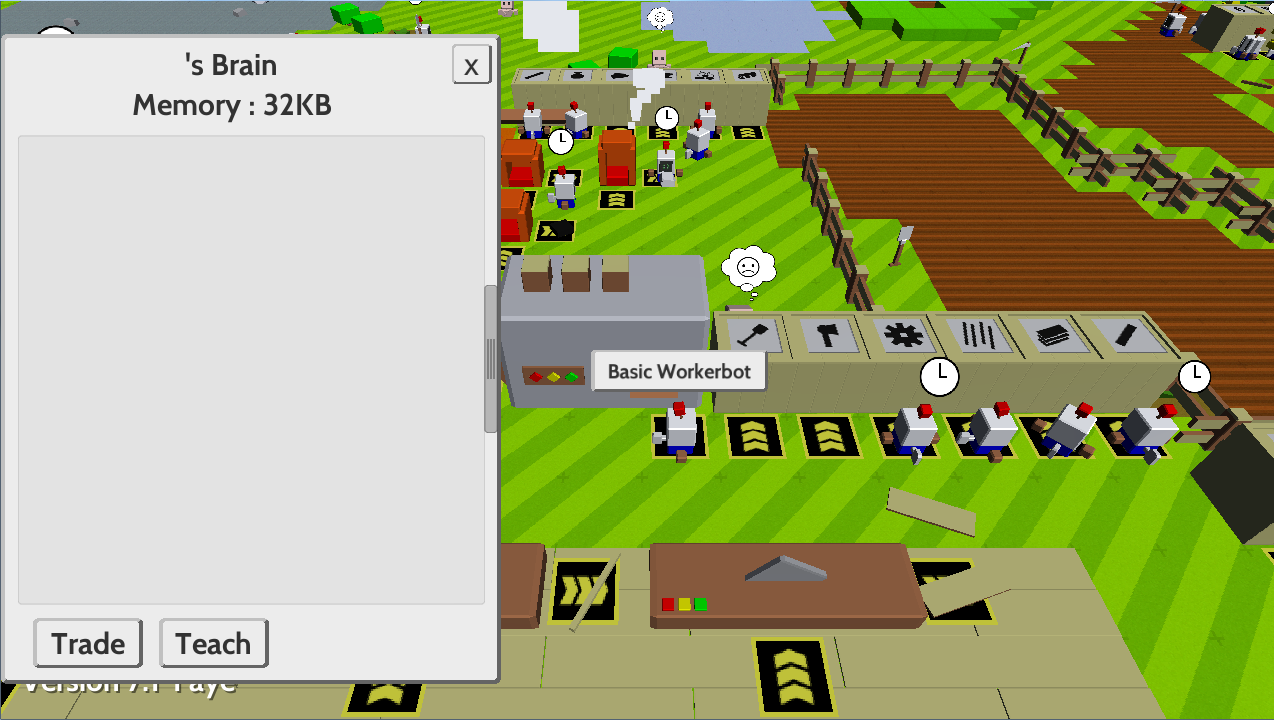 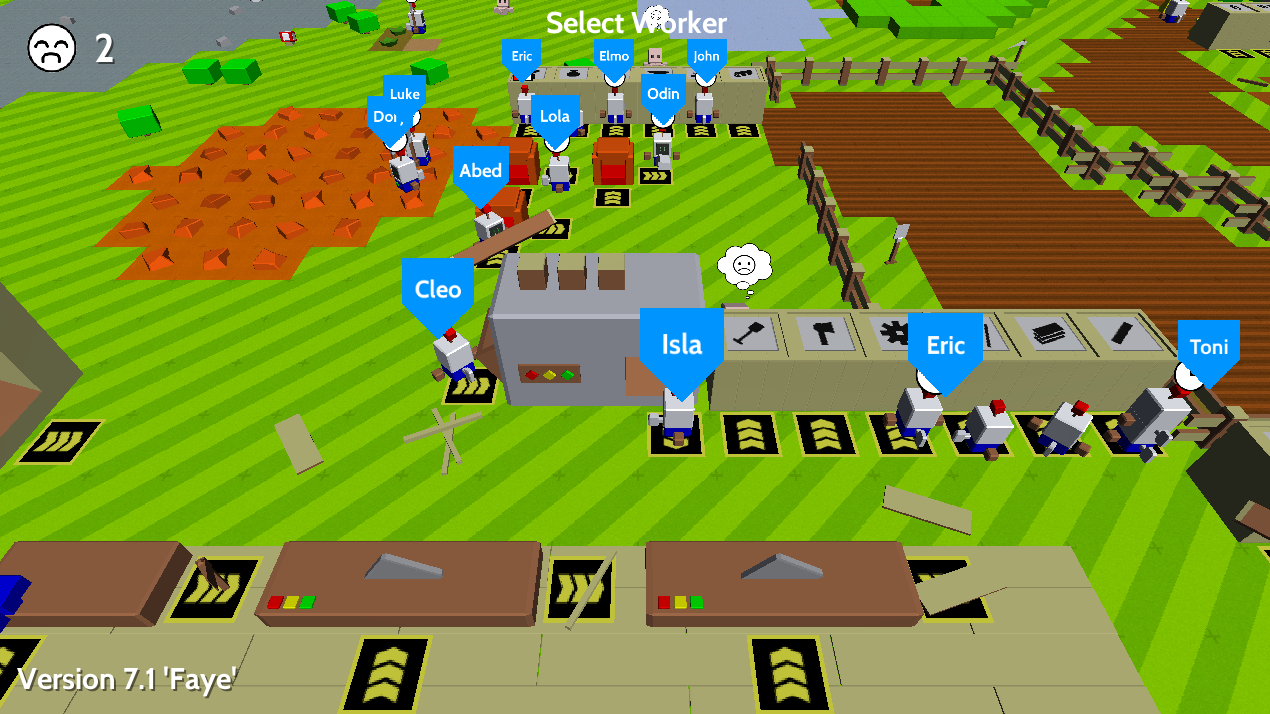 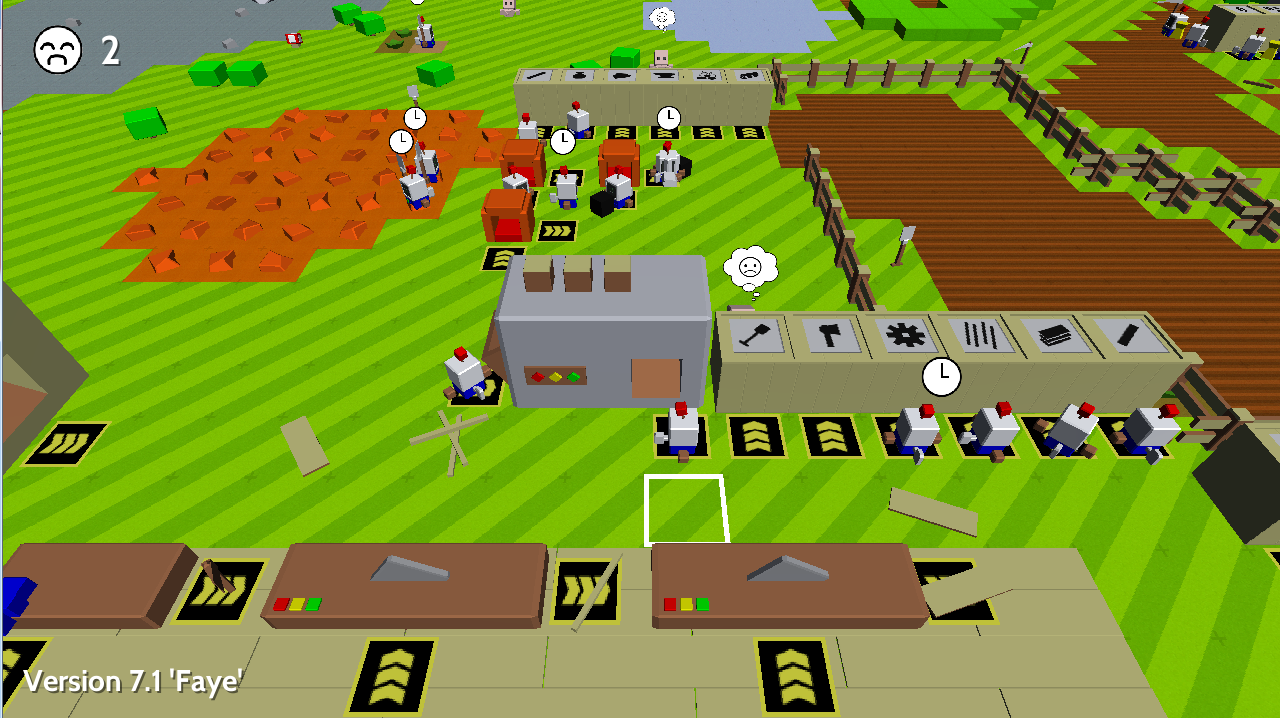 I reloaded the save file and now everytime I try to call Namelucy she spawns another bot!! What do i do?!!?

Please help me know why this happens. :(

As you can see, these workerbots don't work, and I will now refer to them as lazybots. The lazybots appear when a certain number of bots is reached (or at least I think so). I believe it's the number of bots, since when I recycle them along with a workerbot, the bot has a name, anything after that is lazybots. 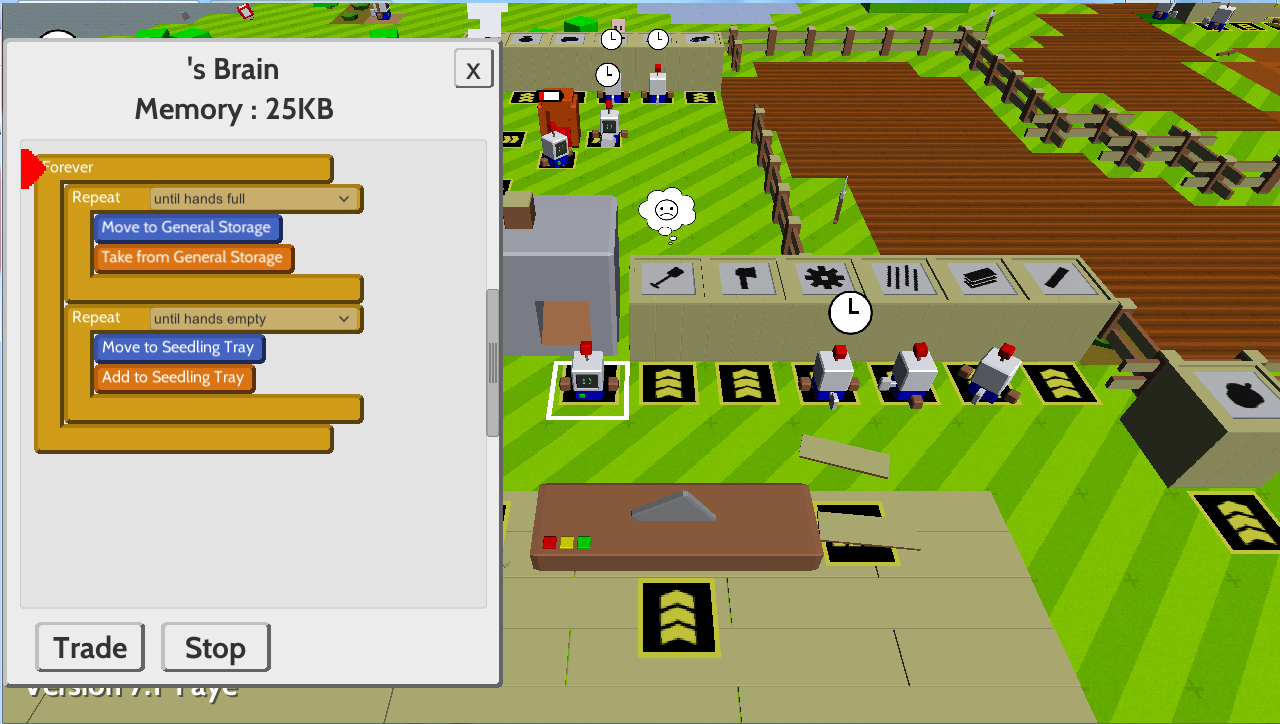 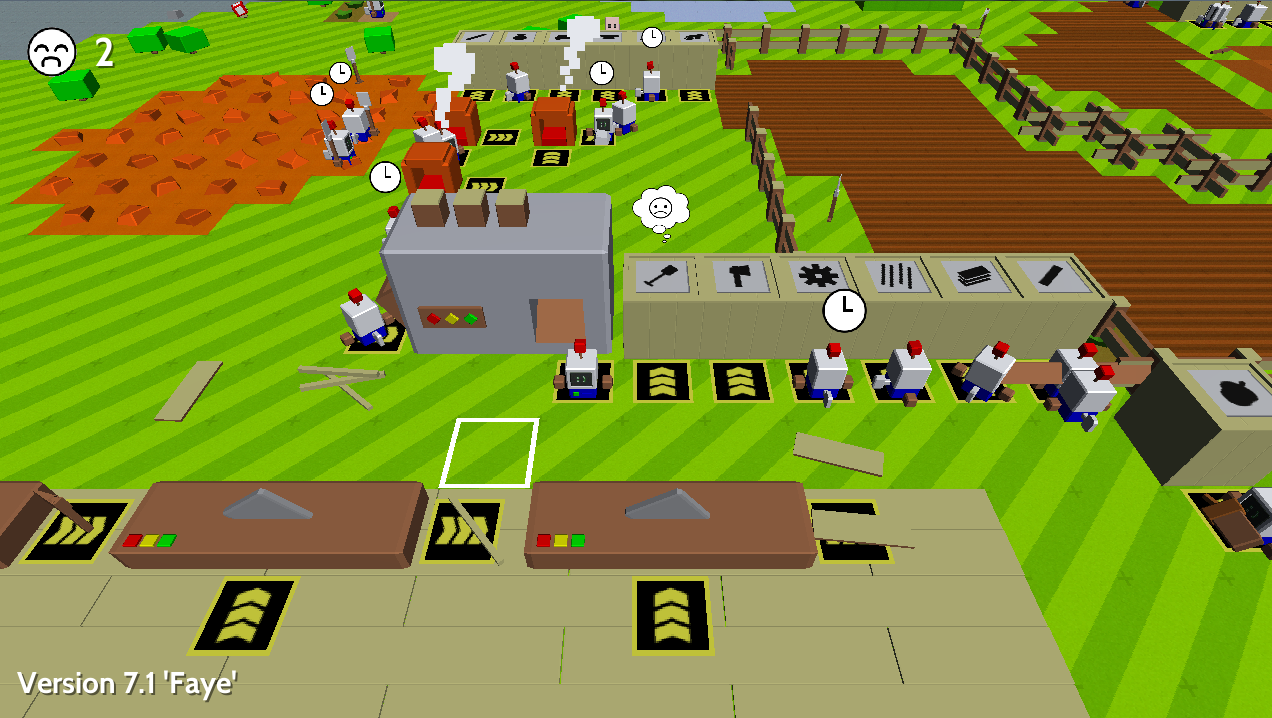 As you can see above, all workerbots except for these 2 have no name. I will make more workerbots to see if they all come out nameless. 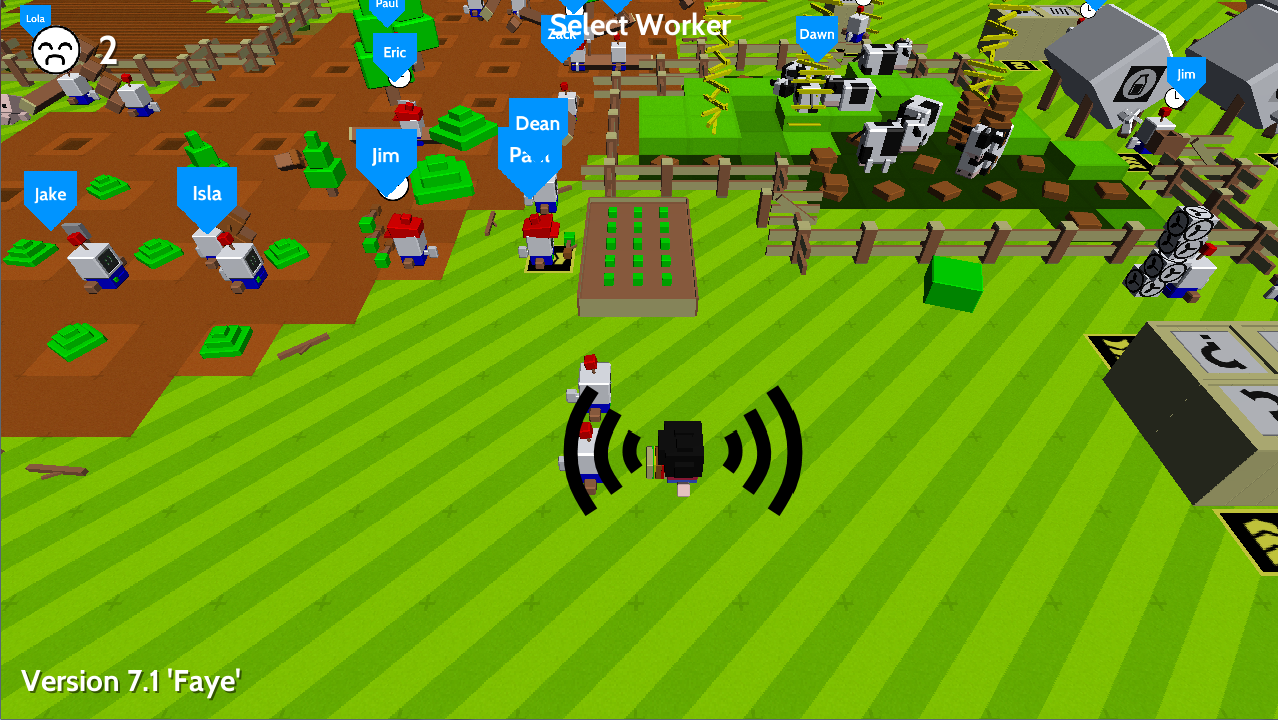 nameless, and their friend, namelass
Reply
Autonauts community · Posted in Legend of the Nameless Bot
reiiantheliteraltroll3 years ago

OH SNAP! THE WORKERBOTS ARE ALL COMING OUT NAMELESS!! WHAT?!

I'm pretty sure the devs didn't. I have cows eating straw, although only occasionally. I'll check again.

Reply
Autonauts community · Posted in how do i get to another islands?
reiiantheliteraltroll3 years ago

drag bridges, they can go over undiscovered territory 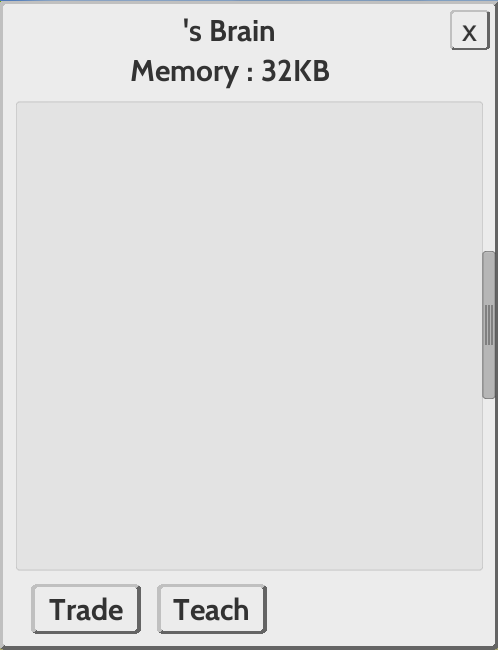 Thank you, I hope it's fixed soon! :D

No worries, it simply happened to be that it didn't ask for food.

Hello, I have yet to know if this is because of the new update or not, but I noticed that wooden tools seem to take less time than metal ones to do work. Is this a glitch?

Maybe that's why. I'll try and see if it works.

It didn't work. :( I don't know what to do! The folk simply cries and doesn't accept the milk!

Yes indeed you can. Doesn't make the milk go away though. Could this be a glitch?

Seems to me this is probably a bug. I had similar problems, so I just made them create the tools for themselves (mind you, it's complicated) and the bug went away.

Seemed to happen with most items, a bucket. Seems like it was a one time glitch though. Restarted and everything's working fine. Although I did lose some progress. Thanks for replying!

For some reason, bots don't seem to be able to pick stuff up properly when it's on simple flooring. Also, when you put something on the recycler it takes some clicks before being able to pick them up. This is kind of annoying and I just started playing.