please go for it, of course. we released the game for free, so sharing it in any way is fine. we'd love to see it!

ahh that's really kind, thankyou. and kudos for doing it in one sitting, that is quite the session!

woah! that's very strange. It was developed on Windows, and tested intentionally on lower end machines, and to be honest doesn't do very much that's intensive - it should run on a toaster if you ask it nicely enough. I wonder if something specific is causing it on your machine... I'll have a think and get back to you!

Hey, thanks for the warm feedback, it's really appreciated. And yeah, the next release will have some text improvements, and I think some clearer signposting about which things are big branching decisions - easy to fall into the trap of knowing them inside-out as a writer but forgetting that fresh players don't know!

strange, it should scale up and down reasonably gracefully, but I'll take a look for the next version and see if I can improve it. Thanks for letting us know!

hey there, we hear you on the text, we're going to add a few options in 1.1 to increase the size and contrast, and turn off the textures in the background. Have a look in the options menu, it's hinted at there already. :)

Hi, no this game has no horror stuff, it's a realistic depiction of real people and scenarios. There's a content warning before you start a new game, which says there's mature themes and some bad language, but that's it. Hope this helps.

Yes, today hopefully! We had some last minute wobbles on it, but it'll be on the way ASAP, promise. :)

Hey all. We've just released CLOSED HANDS, a large-scale interactive fiction project following five main characters (and dozens of others) intertwined by their involvement in and around a fictional terror attack. 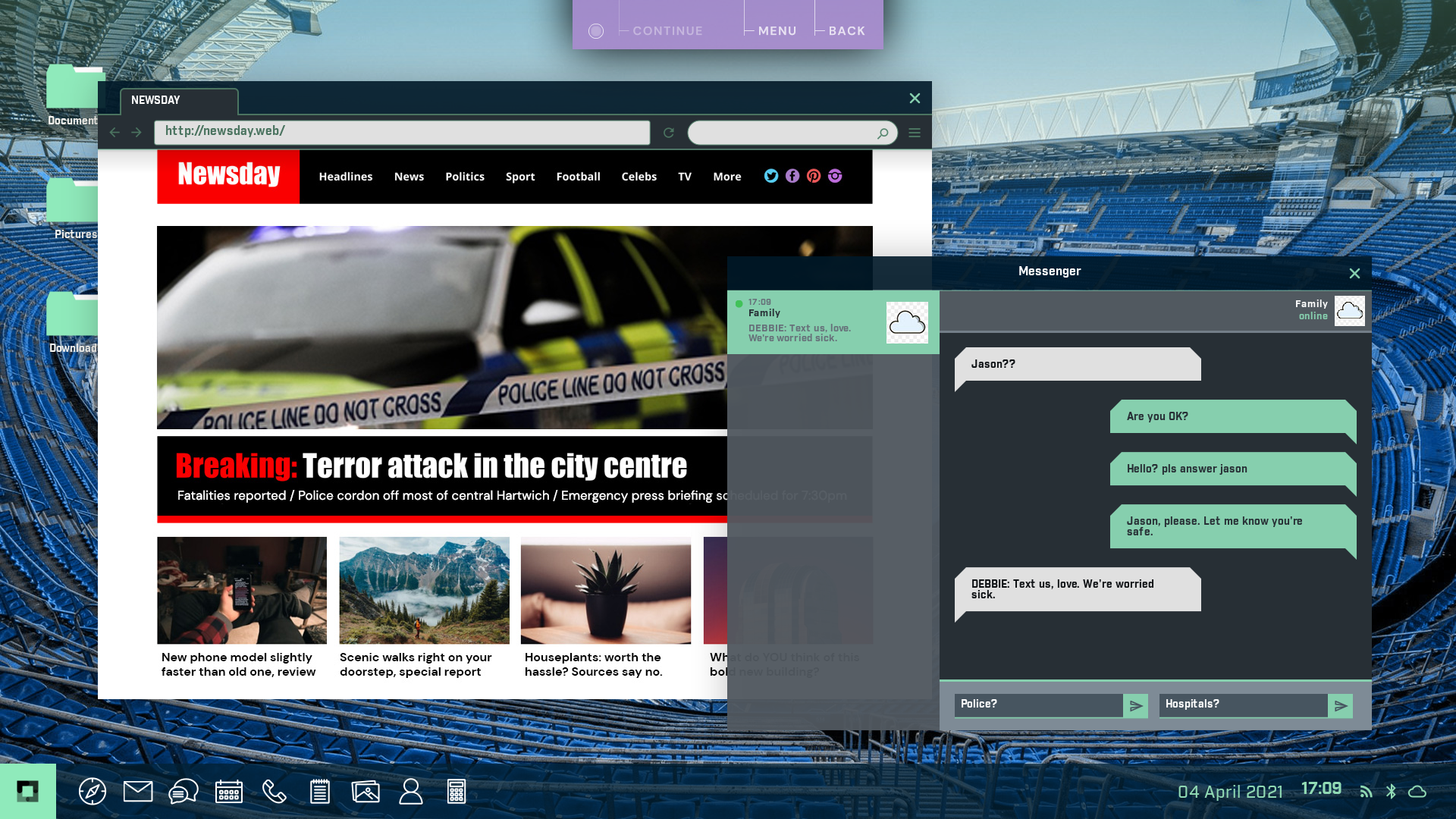 From the game page: "The game plays out through a combination of traditional interactive text, as well as explorable computer interfaces, conversations, IM's, phonecalls and more. CLOSED HANDS is a fragmented and complex narrative, playable in any order, that tells the story of the lead-up and aftermath of the attack: some stories go forward in time, some backwards, and some both. Players can choose to follow a single narrative arc, or jump between perspectives to get the full picture of everything that happens to the city, and it's inhabitants."

The game is played out through a combination of traditional text interface and interactive desktops, and features a dynamic soundtrack by RUMA and Paul Wolinski (of 65daysofstatic, who did the audio for No Man's Sky)

Although this is a huge and fairly premium feeling game (for a text game, anyway), it was funded by the UK Arts Council which means it's free to download, forever.