Cheers for playing! It was a great vid, awesome narration, I loved the part where you said you felt like you were lost in a lot of ideas. That is part of the purpose of Seul.(Alone) to tackle some ideas and work out the mystery behind it all.

Keep up the great vids!

There's a certain point in someone's life, where their parents set them down and never pick them up ever again. Merry Xmas.

Just watched your video Zombikittie, yeah it is definitely a long read, depending on the pathways you choose. You're definitely right that there are multiple endings... We hope you enjoy the journey. Thanks for sharing it and also thank you for posting the video and kind comments. That's super awesome of you we are glad you're taking a walk Seul.(Alone). It is just the beginning...

Thanks for playing Szamer! Yeh understandable text-based games are pretty niche. We are working on a 3D Horror/Thriller game based on this lore though, so keep your eyes peeled for that. It's titled IDLM at this stage. Cheers!

Thank you for the feedback Calamitycalling, a most enjoyable video. Yeah you probably shouldn't have played in a dark room, Hahaha. It has been a pleasure watching you play it. Kindest regards,

Thank you kat_ze for your video, it was very interesting to watch. We appreciate that you stuck through it as far as you did and shared your honest feelings and thoughts about it.

It's been a absolute pleasure watching all the playthroughs.

A Let's Play Montage, It's always great to watch the choices everyone makes.

Hey ShiroTheSorrow, short but sweet. Still an entertaining watch. We've noted your comments on the sound. Thanks a lot for playing, we appreciate it. (^_^)

That was a wonderful vid to watch! We're glad you enjoyed it! Thank you so much for doing a video on it, the greatest pleasure is watching people experience this world we've created. Take care and enjoy the rest of the story and pathways. In the end we are our choices.

Hey FP, cheers for playing, we watched your whole playthrough it was awesome. The character voices rocked. I can't believe you read so much out aloud. Keep up the vids man you're super entertaining. Take care and be well.

Massive thanks to Bonez Playtime for checking out Seul. (Alone) The Entree. Cheers man keep up the awesome vids!

**Would have been cool to see someone sit longer at the subway station, ah well maybe next time. lolz** 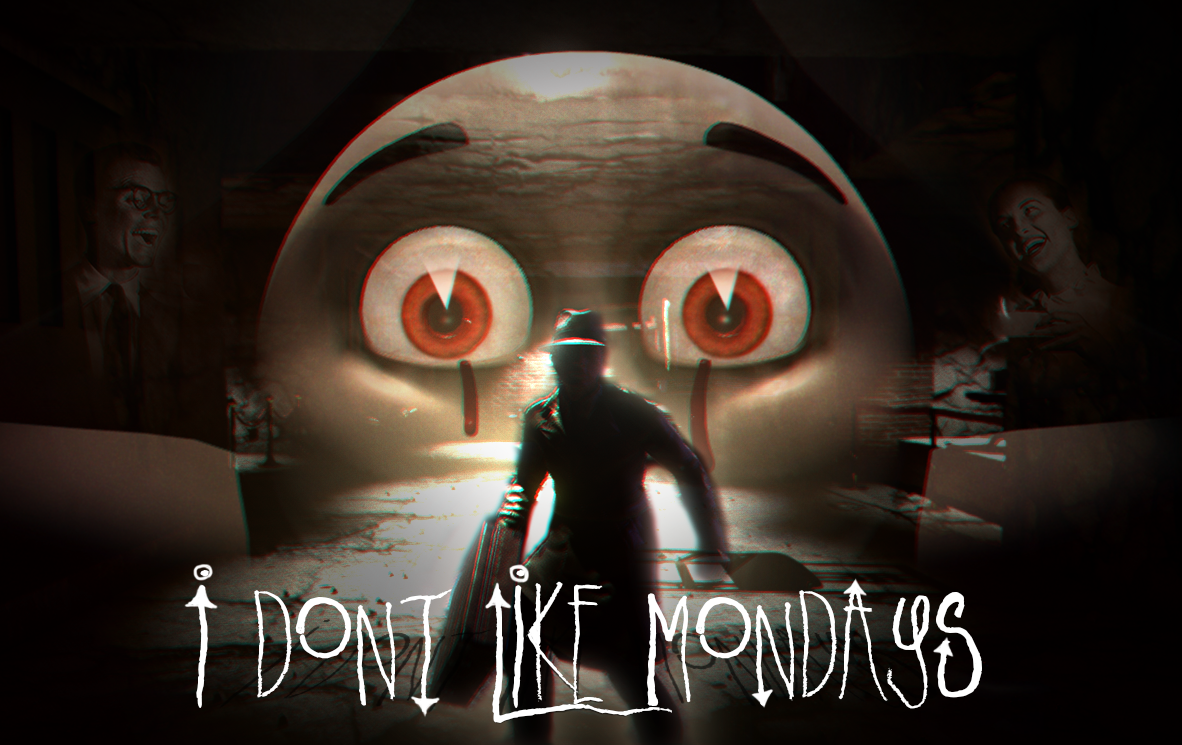 The world of Seul. 3D. In Development.

Cyberwolf, cheers dude! Yeah a full on read is heavy as dude. Thanks for the feedback mate.

Hey Mr Bobbly cheers for playing, short but sweet! Sorry mate for the late reply but an utterly entertaining watch! It was really good to see yet another part to the puzzle played. Another pathway has come to light with another clue to Peggy and what Seul is. Thank you for this! Cheers and keep up the awesome channel dude.

Cheers, TheLegendOfW for the kind words, cool vid man! We're glad you enjoyed it and we're happy to have watched you enter the dark.

Exciting to watch our own game because of the way you rolled them out. A great watch! Cheers again MikeyBlighe! 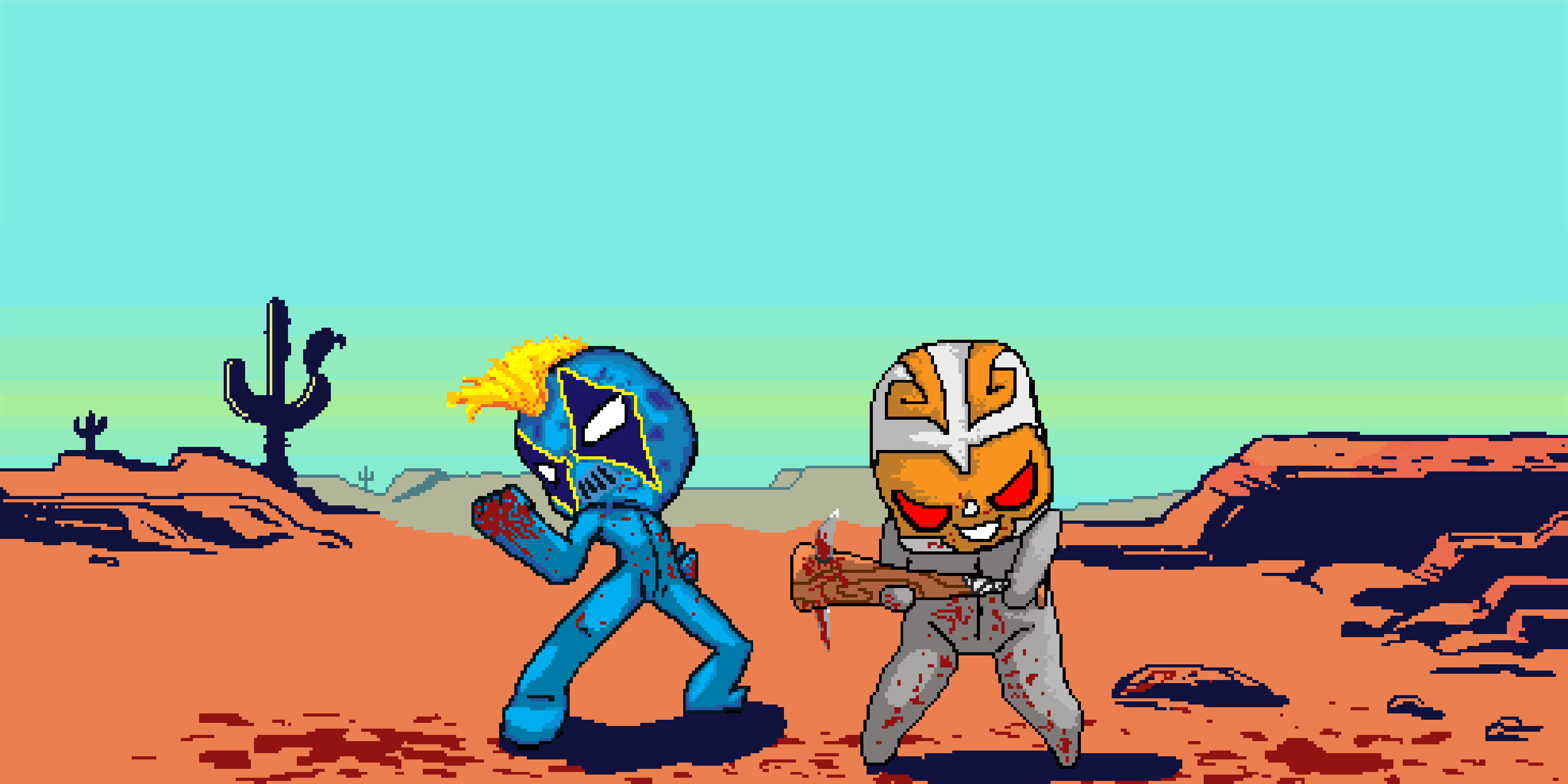 Thanks for playing Lumps! And the kind words cheers!

We just finished watching it Serien,

You should seriously look into getting a job as a narrator, your voice holds so much character! Brilliant video and it was awesome to see someone enter The Booth.

Slowly the parts are all beginning to unfold! I wonder who will be the first to save Peggy and begin piecing the mystery together? (o_O)'

Thanks for playing Serien, keep up the great vids!

we're super glad you enjoyed it! 😁

Cheers GG Gab for playing Seul.(Alone) The entree! We definitely appreciate it!

THE DAY BEFORE. The free part to Seul.(Alone)

PERCOLATING... It's funny how you can be satisfied with something when it's done. Then you go back to it after some time and think "oh fuck I missed this or that..." Yeah and it'll probably happen again. In this update we fixed a lot of shit that was pissing people off and all of it was completely understandable and valid, from scrolling problems, to SFX and pathway developments.

I realised I wasn't giving enough to you, the reader and player, to piece together this fucker that you ultimately find your self in. ( In other words I left all the clues in really hard places to find, like super duper fucking hard.)

As a writer you know what the heck is going on, as a reader you're coming in with fresh eye's. I had to fix that. I think I've done that now without going over board, I hate those types of games or movies that hold your fucking hand the whole way through, where's the fun in that!?

When I finished Seul. (Alone) The Entree I was pretty happy with it, I had gone through some personal shit (Marriage stuff and my own mid-life crisis) while writing it and it was super hard to get through and finish as a task.

The second half of it was a true struggle, I had to fight to get the words across. Even now I can look back on it and know exactly the kinds of pain I was going through while writing.

It's not perfect, and nothing ever is really but hey I guess it's the same for anything anyone ever tries to create. I still have a sense of pride radiate off my chest like that classic Super Hero pose with chest poked out, and always will, regardless of where this project goes.

Since the release of this I've spent a great amount of time learning, refining and improving my writing form. I still go back to this and love some of the parts in here with my entire heart (Listen to my self gloating).

Here's what's cool with the Seul world, it has sparked an entire world around it from love triangles, to betrayal in the most Shakespearean sense, to entire plots and fiction that has substance with depth and theme and characters as deep... maybe I'm just too fucking optimistic with the whole thing but I feel like it has developed into something way bigger than people have realised so far...

We've had tubers play it and the vids they've done have been brilliant so far, it's been truly humbling to watch this game touch people on deeper levels, and that was always the objective.

But I always feel amazed and a bit saddened that they seem to always go down the trodden path. Seul is meant to be investigated, it's never meant to be comfortable, you're meant to die and sacrifice yourself to solve the puzzle.  To experience, to piece together, investigate, learn, open ones self to the world.

Perhaps that's my fault as the writer, the creator... Did I make the easy path too easy? I don't know, but I'd rather make the norm easy then the answers easy, isn't that the point of life? To examine?

Annnnyways, tonight I've had too many wines and I've succumb to the self righteous, self centred, hopefulness that out there, there's some one who gets what Seul. is about. Who want's to solve the puzzle that we're attempting to communicate.

We have a whole bunch of cool shit coming out on this fictional realm... including a 3d world to investigate and a bunch more of creative fucktardeness that will blow the socks off any horror fan. But talk is cheap and time will tell.

I remember my Grandad used to say to me "Shit in one hand, wish in the other, see which one fills up quicker."

I Intend to see both hands filled to an overflowing capacity...

P.S.  If you do decide to become apart of the fucking mythology, I thank you for that.

Cheers, be well and stay safe in life.

Also if you DO want to hear more of my drabble, then hit this post up. With a Like.

What engine did you use to build this?

I think it's absolutely beautiful that you posted the Suicide help contacts. I guess the game is achieving what was intended, which is helping a platform be created for this conversation to happen. Thank you for your openness regarding yourself. It makes a huge difference. Wishing you all the best with your struggles and I can see you are doing very well with them. Massive thank you from Paranormal Games.

Also the contacts that KairiAnne posted to her video are here below if anyone needs.

PWAAAHAHAHAHA! Best part of that video was your ass hole dying!!! Cheers man for playing! We really appreciate it! Awesome vid content dude! We wish your channel all the best! Silent Duck on YOUTUBE, get on it! Paranormal Out... 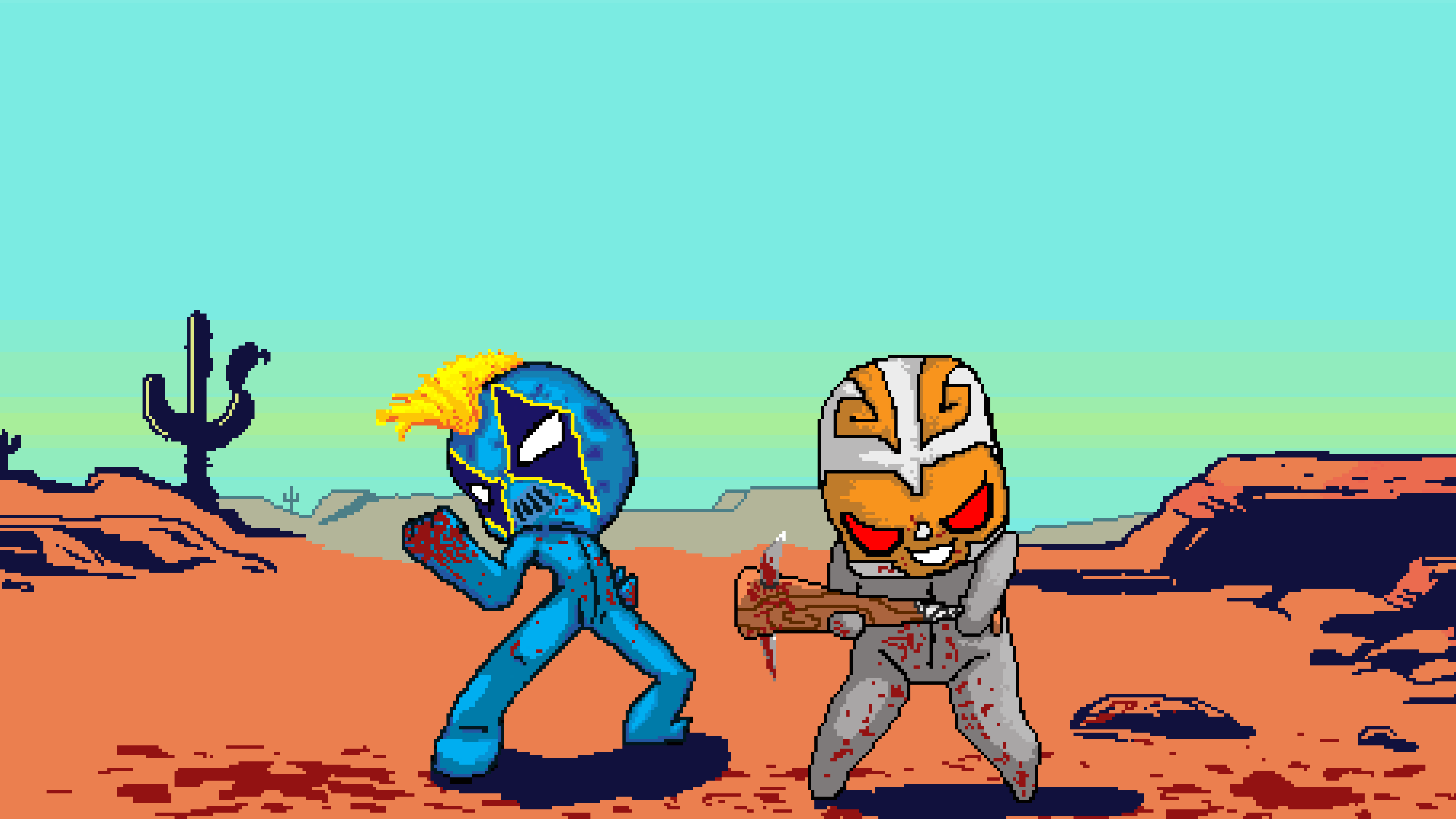 Cheers Silent Duck for giving the game a go. We really enjoyed watching it man! Stay SiC and keep up the awesome vids. We understand that a text based game like this is fucking hard to narrate and delve into the story at the same time. So a monumental effort dude! 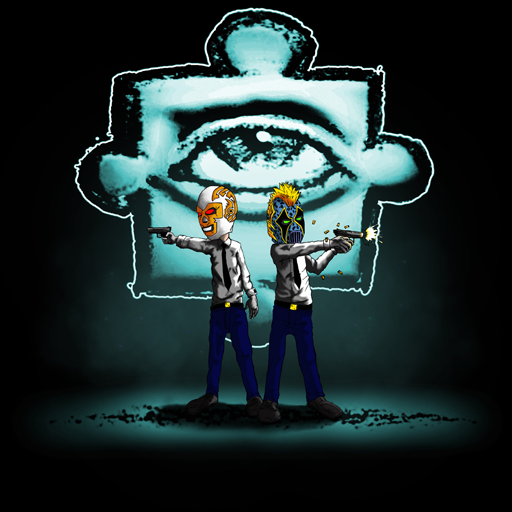 Thanks again and we are truly appreciative.

Funny, Sad, Creepy, Disturbing and completely absorbing, with a Shakespearean sense of tragedy.

Philosophical and strange CYOA games with horror and thriller elements.
We just released the free prequel so check it out and consider purchasing the entree to see where the story goes.

Funny, Sad, Creepy, Disturbing and completely absorbing, with a Shakespearean sense of tragedy.

Wonderfully surreal as an ordinary day in the life of a character who holds secret alleyways of unsettling and unexpected views unfolds to the reader. Painful and touching, it offers the private thoughts of a person contemplating the philosophical question of whether to end their life or not. Aiming to raise awareness of the taboo subject whilst delving into the darkness.

H as jump is terrible. Please make it space bar

Massive thanks to Kay over at GitRad for giving Seul.(Alone) The entree a shot.

Feel free to add your game keys below. Don't be afraid to be apart of the mythology. 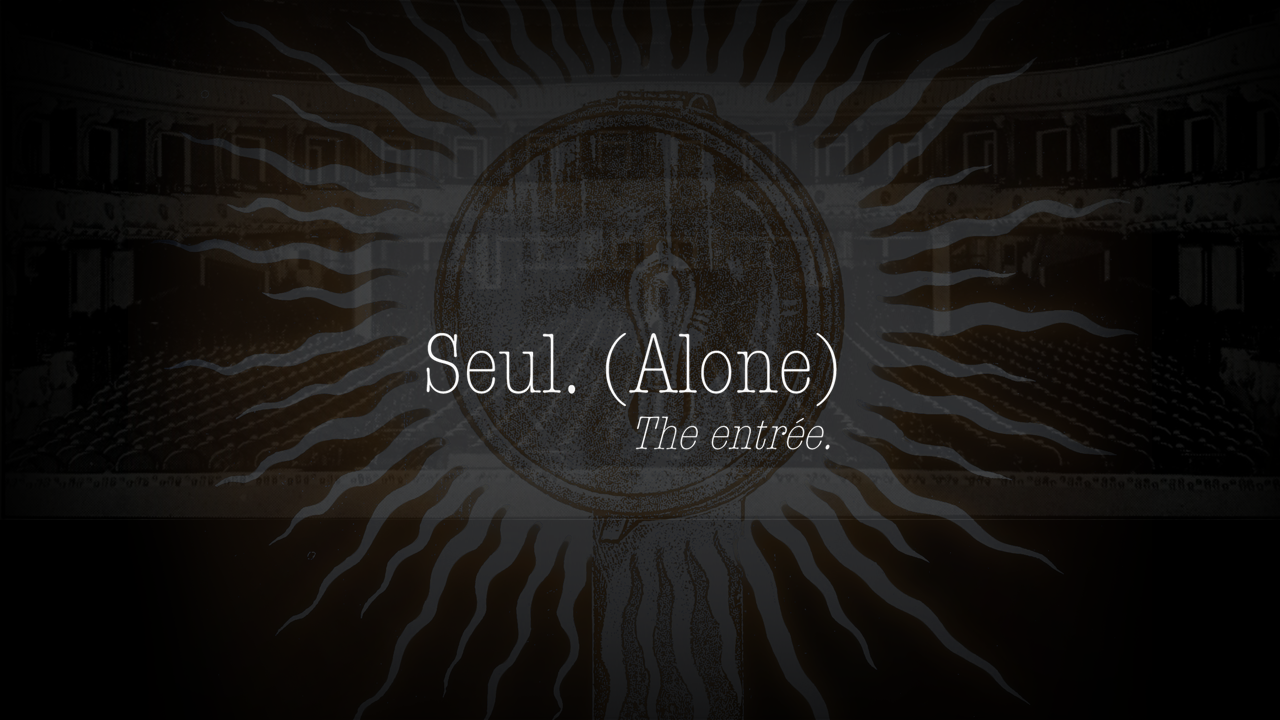 A philosophical thriller. The choice of the path depends on you. But you can only pass through, you may not stay.

..Come and watch the sunset at the beginning of the day.

Made by Paranormal Games.

Where you find yourself SEUL.(Alone)

A choose your own adventure,

"Anyone who is familiar with the likes of Twin Peaks will feel at home with the madness & innovation on show here."

"Seul.(Alone) ticks all those boxes & is up there as one of the finer ‘choose your own adventure’ style games." 7/10 GBHBL

"Seul.(Alone) ticks all those boxes & is up there as one of the finer ‘choose your own adventure’ style games."