very fun! love games like this that have a really simple, fun core mechanic and execute it brilliantly, great level design too. lilypads had me really struggling but was so satisfying to nail eventually.

Vingt-et-un, more commonly known as Blackjack. Vingt-et-un (literally "Twenty-one") is thought to be the French name of the game before Blackjack became widely spread. (Also I just noticed I've been spelling it wrong in-game as vingt-en-un oops lol)

Hi there! The game has a screen reader feature that can read the text out loud. It should run automatically if it detects a screen reader already in use on the computer, and should enable even if on browser, but probably more reliable on Windows. Would it be helpful if there was a keyboard shortcut to enable the screen reader?

Thank you for the feedback, much appreciated! Yeah there does seem to be a bug with the second enemy that sometimes happens, sorry about that, kind of thing that's bound to happen with a jam game haha.

Hi there, what seems to be the issue? Are you downloading in browser or the itchio app? Are you able to download other games from itchio? Happy to help if I can

Understandable, thank you for the feedback! We know there is some lack of clarity on the mechanics - you can shoot the rolling dice as well as dice your opponent has already shot to claim them. There are some strategies to the shooting phase and speed is of the essence as well. We'll take this into account for the post-jam update!

Hi! We're really sorry to say but we don't have any plans on adding any translations to Lookouts. Our work on the game is finished for now, many apologies.

thank you for the kind words!! If you liked this version then i hope you'll play the full game thats available! 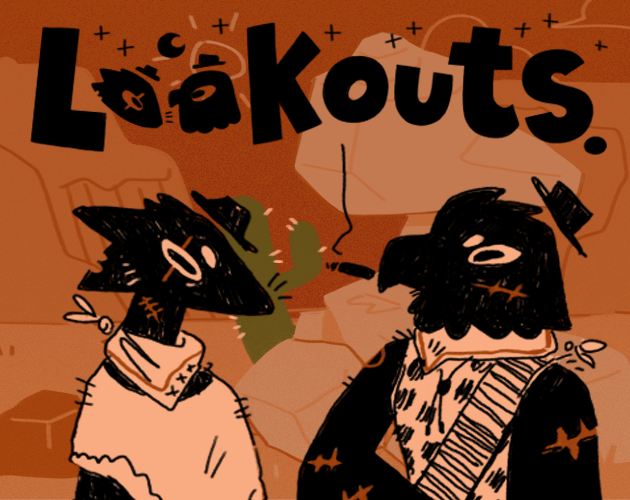 Lookouts is a romance visual novel set in the old west, about two gay trans masc outlaws who run into each other while scouting out the same town.

It's been a huge project for me and my friend Col, and we're really proud of what we made!! We released a couple weeks ago and it's gotten a lot of good reception! We just released a patch to iron out some lingering bugs, I just wish I'd known about this forum when we released so I could've posted here sooner lol

It's a free game of about 5-6 hours playtime and 45,000 words, and there's an extra paid edition too if you enjoy the game and feel like supporting us! 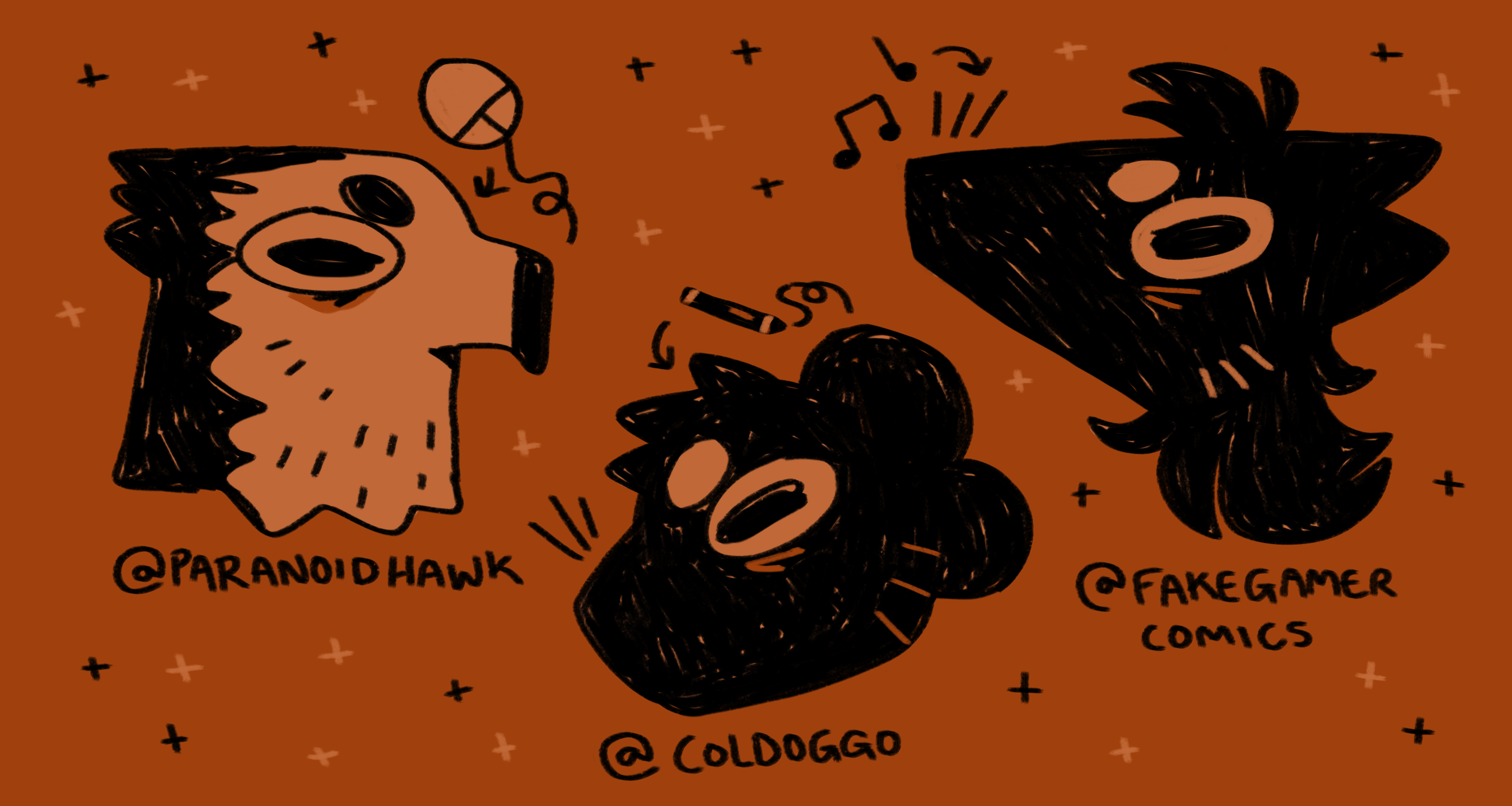 Woops sorry about that! Had a mishap in the game settings, proper version should be up now, thanks for pointing it out!

gahhh good lord, i usually dont reply to comments because people are so nice and i dont have anything good to say but i feel i have to reply to this, this is an overwhelmingly nice review ur gonna make us both cry lol. thank you so much!!

There will be an android version when the big update comes out!

gosh thank you so so much for the kind words, i'm so happy it meant that much to you! it's really validating to hear you related to it omg this has made my week, i wish you and your partner the best!!

this is a really sweet experience, i love the continuity of the same actions with different dialogue over the scenes and the low-rez 1-bit landscapes. v v good, thank u for making it!

Hey! Sorry about that, I had a little google and I think it's to do with the cabinet extractor GameMaker uses or something, I'm not very knowledgeable about compression methods. Seems like it can get weird on different versions of Windows and often doesn't play nice with antivirus. Hope the game works ok!

As far as I know a lot of them have been given his blessing, he's not a corporation.

GameJolt recently got hit by a big DMCA takedown notice from Nintendo of America on over 500 fangames on the site. This is possibly because of GameJolt's use of ads which means creators could've been making profit from them, although this wasn't a given. Considering this action taken by Nintendo do you think itchio could be issued with a similar takedown notice for any fangames here, or is it safer due to its lack of ads and revenue being generated just through PWYW/being buried amongst original content?